AUSTIN, Texas — Anita Phillips has been an election judge in Texas for 17 years, responsible for managing a precinct in Waco, a city of roughly 135,000 people. But over the last four years, the civic duty she prized has become arduous. Harassment by partisan poll watchers has grown increasingly caustic, she has found, and helping voters is ever more treacherous amid a thicket of new rules.

Those regulations are likely to grow stricter: Republican lawmakers in Texas, following in the footsteps of their counterparts across the country, are pressing forward with a voting bill that could impose harsh penalties on election officials or poll workers who are thought to have committed errors or violations. And the nationwide effort may be pushing people like Ms. Phillips to reconsider serving their communities.

“It’s just so taxing,” Ms. Phillips said. “And if me — I’m in my 40s, and I’m having this much stress — imagine every election worker and election judge that is 65 and over with severe health issues. This is supposed to be a way for them to give back. And it’s supposed to be something that makes them feel good about what they’re doing, but now they’re starting to feel like, ‘Are we going to be safe?’”

Ms. Phillips is one of millions of citizens who act as foot soldiers of the American democratic system, working long hours for low pay to administer the country’s elections. Yet this often thankless task has quickly become a key target of Republicans who are propagating former President Donald J. Trump’s lies about the 2020 election. In their hunt for nonexistent fraud, they have turned on those who work the polls as somehow suspect.

That attitude has seeped into new voting laws and bills put forward by Republican-controlled legislatures across the country. More than two dozen bills in nine states, either still making their way through legislatures or signed into law, have sought to establish a rash of harsh new penalties, elevated criminal classifications and five-figure fines for state and local election officials who are found to have made mistakes, errors, oversteps and other violations of election code, according to a review of voting legislation by The New York Times.

The infractions that could draw more severe punishment run the gamut from seemingly minor lapses in attention or innocent mistakes to more clearly willful actions in defiance of regulations. In Texas, taking any action that “would make observation not reasonably effective” for a poll watcher would carry new penalties. In Florida, failing to have an election worker continuously supervise a drop box would result in major fines. Willfully flouting new laws, like ones in states including Iowa and Texas that ban sending absentee ballots to voters who have not requested them, would also lead to tougher penalties.

“The default assumption that county election officials are bad actors is problematic,” said Chris Davis, the county election administrator in Williamson County, Texas, north of Austin. “There’s so many moving parts and things happening at a given polling place, and innocent mistakes, though infrequent, can happen. And to assign criminal liability or civil liability to some of these things is problematic. It’s a big-time issue that we have.”

“These poll workers don’t ever, in our experience, intend to count invalid votes, or let somebody who’s not eligible vote, or prevent somebody who’s eligible from voting,” said Mr. Davis, whose role is nonpartisan. “Yet we’re seeing that as a baseline, kind of a fundamental principle in some of the bills that are being drafted. And I don’t know where it’s coming from, because it’s not based on reality.”

With the threat of felonies, jail time and fines as large as $25,000 hanging over their heads, election officials, as well as voting rights groups, are growing increasingly worried that the new penalties will not only limit the work of election administrators but also have a chilling effect on their willingness to do the job.

Part of why last year’s voting unfolded so smoothly, without any major hiccups or reports of significant fraud, was a huge effort to recruit more poll workers, who were needed to buttress an aging election work force that was more vulnerable to the coronavirus. Secretaries of state in major battlegrounds like Michigan pleaded for thousands of additional workers as the election drew near. Philadelphia offered a raise in daily pay. And celebrities like LeBron James carried out major poll worker recruitment campaigns.

But with heavy fines or even time behind bars increasingly a possibility, election officials fear some of that work could be undone.

“The nit-picking by poll watchers and the penalizing of even the smallest of innocent mistakes is going to, over time, drive our most experienced election workers away,” said Isabel Longoria, the nonpartisan election administrator for Harris County, which is home to Houston and the largest county in Texas. “And I think a better solution is to provide more resources for training and education to our election workers, rather than put more bullies in the polls.” 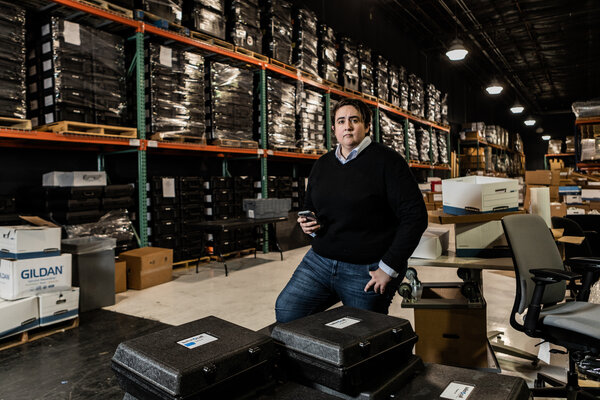 Republicans in the Texas Legislature say the new penalties are necessary to force prosecutors to punish those who break the law and to ensure that election law is known and followed.

“There’s an indication that sometimes lower-level offenses do not get the attention that high-level offenses do,” said State Senator Bryan Hughes, who sponsored one of the Texas voting bills. “And so if there’s a crime, it’s a problem and it’s not being prosecuted, one approach is to raise the level of offense so that the prosecutors know this is a big deal and you should take this seriously.”

Some of the penalties that could affect election workers have been wrapped up in other Republican priorities as they overhaul state election codes. In bills across the country, G.O.P.-controlled legislatures have sought to limit the use of drop boxes, which are secure locations where voters can drop off their absentee ballots, rather than relying on the Postal Service.

In Florida, the Legislature has mandated that each drop box be continuously staffed and monitored by an election worker. Failure to monitor a box in person carries a $25,000 fine for the election supervisor. The bill met strong opposition from election administrators in Florida, who testified against it and issued a statement criticizing the effort when it became law.

“I happen to be a Democrat, but an overwhelming majority of the supervisors of elections in Florida are Republicans, and everybody opposes this law,” said Joe Scott, the supervisor in Broward County. “Because, as an elections administrator, you see that there’s just provisions in this law that are not needed.” Mr. Scott noted that video surveillance of drop boxes in 2020 had been sufficient, with no problems arising, so “having to expand additional resources in order to staff those boxes just feels very unnecessary to us.”

The Battle Over Voting Rights

Amid months of false claims by former President Donald J. Trump that the 2020 election was stolen from him, Republican lawmakers in many states are marching ahead to pass laws making it harder to vote and changing how elections are run, frustrating Democrats and even some election officials in their own party.