According to the Mail on Sunday, the Scottish Government hired private waste removal firm Mitie last year to remove rubbish from its buildings. The firm covers over 70 Scottish Government buildings at a cost of £43million – including from Ms Sturgeon’s official residence.

Bin strikes across Scotland saw binmen from over 60 percent of Scottish councils refuse to pick up waste since last Friday. As a result the streets of Edinburgh, Glasgow, Aberdeen, Dundee and many towns have become littered with rat-infested rubbish.

Scottish Conservative spokesman for housing Miles Briggs said it was unfair that Bute House was left “spick and span”, while other Edinburgh residents were forced to languish in a “landfill site”.

He said: “Taxpayers who stump up for her bin collection to the tune of millions of pounds also pay for a proper council service, which they are being denied thanks to her [Ms Sturgeon’s] government’s cuts and dithering”.

Workers from 20 councils refused to work in a bitter pay dispute with the Convention of Scottish Local Authorities (Cosla). The strikes are currently set to continue until the end of the month. 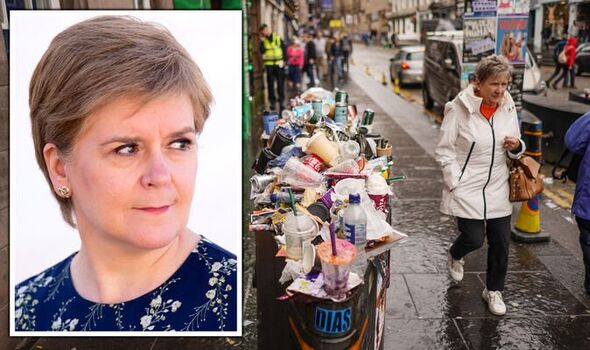 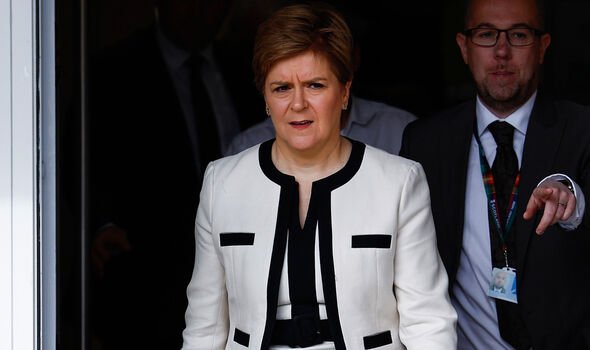 Further walkouts are planned from September 6 to 13 after talks broke down on Sunday. In a statement on Sunday night, Edinburgh Council confirmed that rubbish will be collected from next Tuesday onwards.

Bosses from the GMB, Unison and Unite unions have rejected a five per cent pay offer from Cosla, which they say amounts to a seven per cent pay cut when set against rampant inflation. The Scottish Government has provided £140million of funding to councils to help boost workers’ pay.

Scottish Labour Leader Anas Sarwar said a “one-off bonus payment” would be needed to support this, however. Public Health Scotland has warned that the build-up of food waste and human waste from nappies poses a risk to safety and has urged councils to “decontaminate” areas in which bins have overflowed. 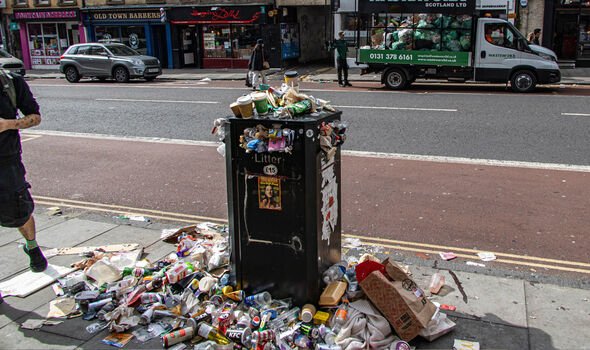 Mr Briggs went on to criticise the timing of Ms Sturgeon’s three-day visit to Denmark to open a Nordic office for the Scottish government at a cost to £600,000 to Scottish taxpayers.

He added: “It’s small wonder Nicola Sturgeon seems unflustered by the rubbish piling up around Edinburgh while she’s off in Copenhagen. She urgently needs to clear this mess up.”

A spokesman for the Scottish government said it was “appropriate” that Mitie collected rubbish from Bute House because it “also functions as an office for officials and the Cabinet”.

But Edinburgh residents have spoken out against the disgusting state of the capital. 87-year-old Helen Sikora, who lives 20 minutes from Bute House, told the BBC she was being forced to store rubbish in the bathtub. 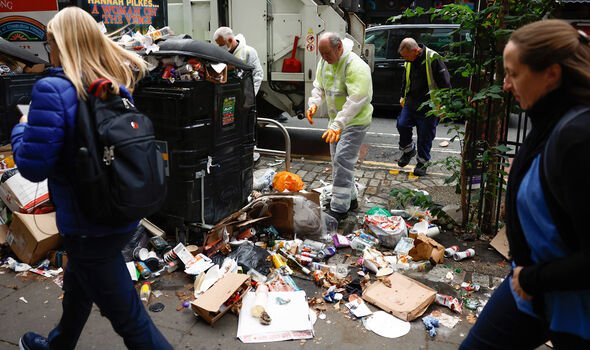 She said: “I came up with the idea myself as it is the safest place to put rubbish. If it leaks then it’s easy to clean my bath. It’s absolutely disgusting going out shopping just now and seeing the rubbish all over the pavements.”

Neil Dishington, a 38-year-old builder who lives in the Polwarth area, said he had hired a £200-a-week skip, adding: “I would have in excess of 20 bags of rubbish in my house now if I had not done this.”

Many Edinburgh residents have paid privately for waste removal firms to take away their rubbish. Clearabee, the UK’s largest private waste removal company, said demand for services in Scotland had soared by 40 percent.

Mike Pence Brought Conservatives Home. What If They Don’t Need Him Anymore?

After H&M, more foreign retail brands under fire in China in Xinjiang fallout

Coronavirus: SARCAN closes across Saskatchewan, 700 workers will continue to get paid