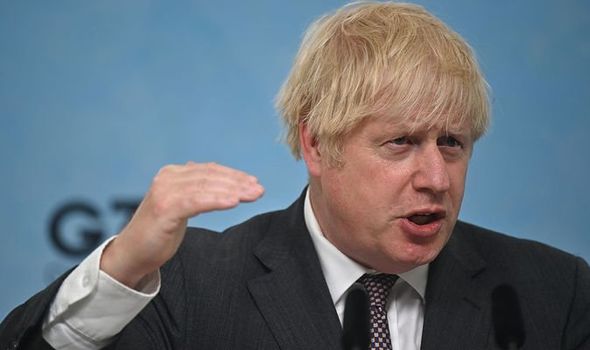 While Foreign Secretary Dominic Raab hinted virus rules might stay until the link between infections and hospital admissions with the disease is “broken” by the double inoculation. Mr Raab added: “The race that we are in is to get everyone up as far as we possibly can to two doses.” The poll by Opinium found that as concern grew about the strain – first recorded in India – voters who backed keeping restrictions rose from 43 per cent to 54 per cent.

Figures yesterday showed a further eight people had died within 28 days of testing positive for Covid, taking the total to 127,904.

Mr Johnson will set out his revised timetable for lifting restrictions in a televised address tonight.

He declined to give an early hint of his plans as he closed the G7 Summit in Cornwall, saying he would give the public a “full package” today to explain the delay.

The PM said: “We are continuing to look at the data, no final decision has been taken. The right time to fill everybody in on what we are going to do with step 4 with June 21 is…when we will be putting out the whole package.”

Mr Raab said the key test for scrapping lockdown in England is whether the vaccine rollout has succeeded in breaking the link between infections and the number of admissions to hospital.

He told The Andrew Marr Show on BBC One: “We know that we have made great progress in weakening the link between transmission and hospitalisation. The question is whether we have severed and broken it. 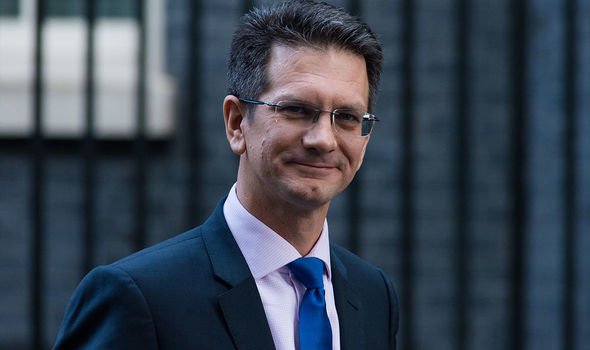 “The race that we are in is to get everyone up as far as we possibly can to two doses because that maximises the effectiveness of both serious harm to people but also we know that it is more effective in cutting the transmission.”

Backbench Tory MPs last night feared the Government could fall into a cycle of repeat delays in easing restrictions on people’s lives.

Mark Harper, the chairman of the Covid Recovery Group of Tory MPs, said: “Delaying June 21 will send a clear message to employers and workers that, when Covid cases increase this – and every – autumn and winter, they cannot rely on the Government to keep our society open.”

He said delays in ending lockdown were “catastrophic for many businesses currently on life support”.

Ex-minister Steve Baker, the deputy chairman of the group, said: “Sooner or later, we are going to have to decide if we are content to fumble along like this as a country, imposing severe restrictions that a majority seem to support but which are having devastating consequences on some businesses and some people’s mental health.

“Boris is in an intolerable position as he weighs all this up this weekend without either proper wide-ranging cost-benefit analysis or competitive expert advice.

“Vulnerable groups have all been vaccinated, most of them twice. Many will struggle to understand why they still can’t make a living. We now need to learn to live with the virus, which, as the scientists tell us, will be with us forever.”

Scientists last night insisted that there should be no more lockdowns, due to the wider impact on health and wellbeing. Prof Kailash Chand, former deputy chairman of the British Medical Association, said: “Nearly 50 percent of the population has both the doses of vaccination “If we accelerate the vaccination rollout a bit more aggressively we can easily increase that figure to nearly 60-65 percent and lift the lockdown.

“The entire nation is more stressed, anxious or depressed than normal. We need normalcy back as soon as possible. This has got to be the last lockdown.”

Paul Hunter, Professor in Medicine at the University of East Anglia, said he would support a delay but it would then be time to open up.

“The Government keeps talking about the link between hospitalisations and cases having been severed. That will never totally happen because there will always be some sort of relationship, but not as strong as was in the past.

“The number of [hospital] beds occupied isn’t increasing as rapidly nor is the number of respiratory care beds.Those people…might not be as sick as they might have been even a few months ago.

“We are heading for 80 per cent of the adult population having had both vaccines sometime in the middle of July.

“After that we really have to move towards saying, ‘OK, we have done as much as we can – it’s time we have to live with this’.”

But Prof Stephen Reicher, of the Scientific Pandemic Insights Group on Behaviours which advises ministers, said the country should be wary of “going backwards”: “There’s still a lot of damage that can be done, therefore it makes good sense to pause.”

Dr Raghib Ali, senior clinical research associate at the University of Cambridge’s MRC epidemiology unit, said any increase in Covid patients in hospitals “will have a significant impact on all our non- Covid patients. We really can’t afford for those people to suffer.”

Epidemiologist Prof Sian Griffiths, an associate director of Public Health England, said: “We need to get second doses into everybody over 50, and expand the vaccination programme to keep everybody safe.”

Do not push Rohingya out to sea amid coronavirus emergency: UNHCR