Janez Jansa, who has assumed control of the EU’s six-month rotating presidency, said forcing western values on central European countries was the “fasted road to collapse” for the bloc. His warning comes after EU nations railed against proposed anti-LGBT legislation by Hungary to outlaw the promotion or portrayal of homosexuality to children. At a recent summit of European leaders, Dutch prime minster Mark Rutte led the charge against Hungarian premier Viktor Orban, insisting he should drop the law or quit the EU.

Speaking at a press event to launch Slovenia’s EU presidency, Mr Jansa said: “There are differences that need to be taken into account and respected and I think there’s a clear division between national and European competences.

“You don’t just a person based on imaginary European values, and dual standards are used, then Think this is the fastest road to collapse.

“Up to 30 years ago Slovenia lived in the former Yugoslavia and it was supposedly federal.

“There were five or six nations, three regions, six republics, two autonomous provinces and the country fell apart from different reasons but the last nail in the coffin was when some people started using special criteria for themselves, applying double standards. 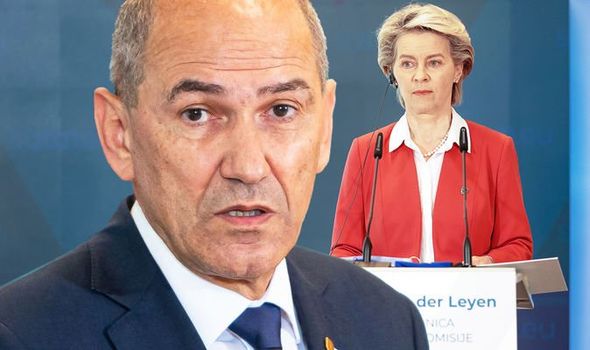 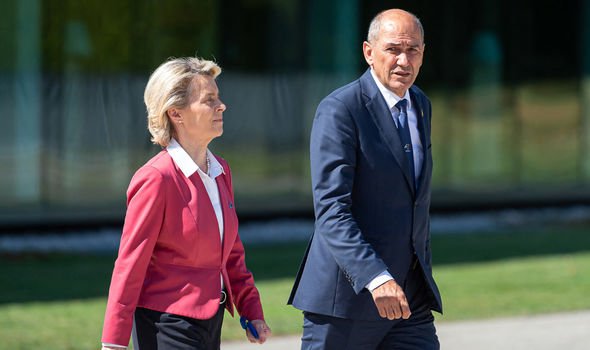 “The EU without central Europe is not a European union – it will just be a shell and we should all be aware of it.”

The EU is expecting a rocky six months with Mr Jansa taking charge of steering the bloc’s agenda.

He is a deeply controversial figure, whose career includes being imprisoned for fighting for Slovenia’s independence from Yugoslavia and an overturned conviction for corruption. 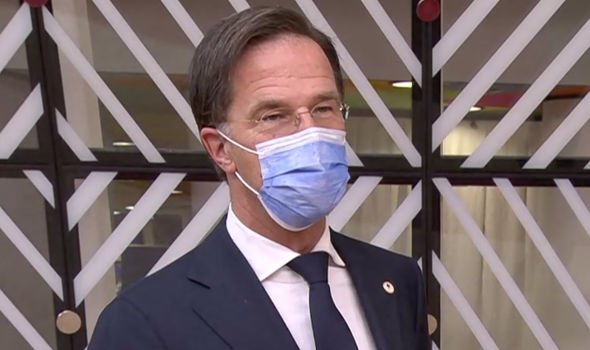 Slovenia has already infuriated many EU nations by refusing to appoint prosecutors to the European public prosecutor’s office, which was formed to tackle abuse of EU cash.

And the country’s launch of its EU presidency was marred when European Commission vice-president Frans Timmermans refused to join the traditional photograph after Mr Jansa highlighted two left-wing Slovenian judges to illustrate the basis of the country’s judiciary.

Responding to the incident, Mr Jansa said: “It wasn’t us that started the conversation and if you dislike the truth it is your problem, it is not a problem with the truth.”

Slovenia is the EU’s newest member, joining in 2004, and is demanding that it is treated on an equal footing with other nations.

MUST READ: ‘UK lost trust in EU a decade ago!’ Britons rage at Barnier 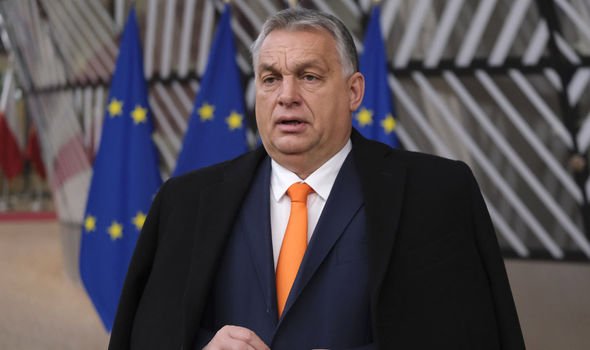 Mr Jansa said: “We are not a colony – we are not second-class members of the EU.

He questioned the Lisbon Treaty, which enshrines human dignity, freedom, democracy, equality and the rule of law as fundamental rights.

European Union 'is the work of the devil' says commentator

Mr Jansa said: “There was no one opposing that all people are born equal, that we have equal rights. But there are certain distinctions when it comes to adoption of children, bringing up of children.

“The fundamental difference is not between liberal and illiberal democracy.

“The main difference is between democracy and technocracy and bureaucracy. So I believe the term used, illiberal democracy, was not the right one.

“Because this concerns a division that does not exist: all shades of democracy, if I fight for the affection of my voters, in a free world, everyone is equal.”

‘Pent-up demand’ and good weather bring shoppers out in May