Edwin Poots has taken the helm of Northern Ireland’s DUP following Arlene Foster’s surprise ousting. Mr Poots, 55, who said he would not take on the role of First Minister, was elected by the party’s membership today. His leadership promises to realign the DUP’s politics and intensify its opposition to the Irish Sea border.

Who is Edwin Poots?

Mr Poots was one candidate in a two-horse race for the title of leader alongside Sir Jeffrey Donaldson.

He squeaked to victory on 19 votes to his rival’s 17, despite Sir Jeffrey’s alleged favour with Ms Foster’s wing of the party.

The move towards Mr Poots signals a diversion from the “politics of progression” for more intensive opposition of Brexit arrangements with the rest of the UK. 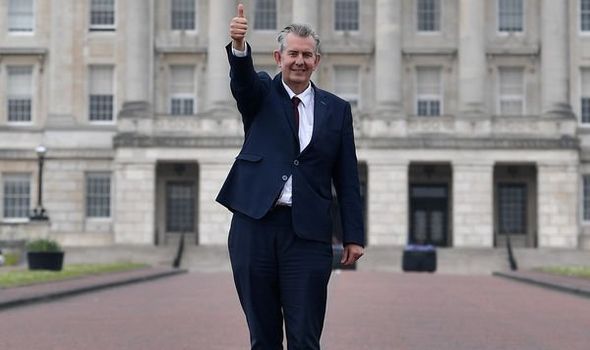 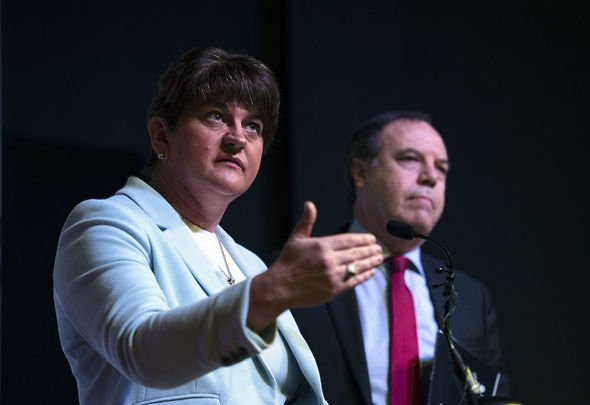 He was born in Lisburn, Northern Ireland, in 1965, the son of Charles Poots, a DUP founder.

As a fundamentalist Christian, Mr Poots holds a sceptical view of science and evolution.

He also believes the world is just over 6,000 years old. 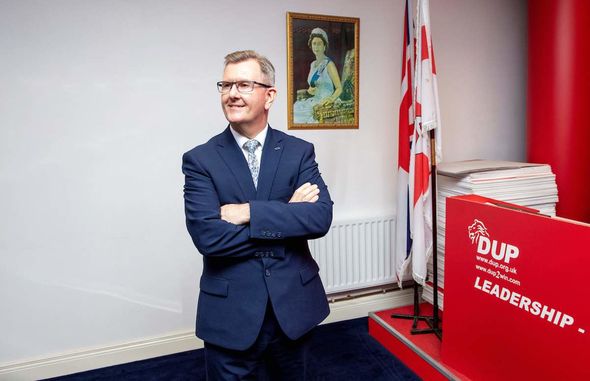 He has also rejected the Big Bang, accepted as scientific fact, in an interview with the Radio Times the same year.

Mr Poots said: “You’re telling me that cosmic balls of dust gathered and there was an explosion?

“We’ve had lots of explosions in Northern Ireland, and I’ve never seen anything come out of it that was good.” 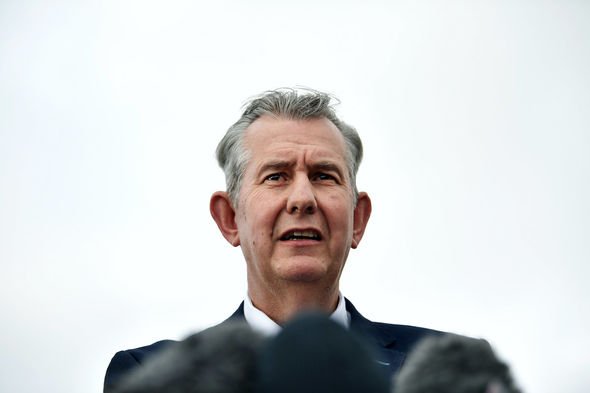 Mr Poots also attempted to maintain a ban on gay men giving blood during his tenure as Northern Ireland health minister until 2014.

Courts ultimately overturned the decision, and the then minister claimed his stance came from concerns over the “safety” of donating.

But he criticised the courts for going down the route of “constantly attacking Christian principles”.

As DUP leader, he stated he would attempt to appeal to unionism while continuing his work as agriculture minister under an alternative First Minister.

He said in his winning speech: “The opportunities to make Northern Ireland a great place…are immense.

“We have had great people in Northern Ireland over those years.

“I stand here very proud to be taking up the mantle as leader of the Democratic Unionist Party, and that brings with it a responsibility to all of unionism.

“I will be a leader in unionism who will be reaching out to other leaders in unionism. I want to see unionism working together.”