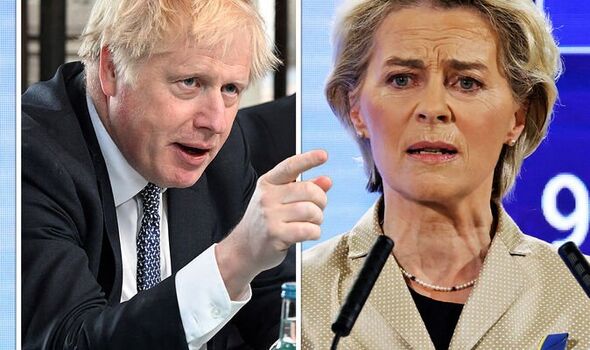 The UK has repeatedly warned it is willing to take action to suspend elements of the Northern Ireland Protocol if Brussels does not renegotiate the terms of the deal.

Mr Sefcovic warned the Foreign Secretary that the bloc would not table new measures that could ease pressures caused by the Protocol.

But despite issuing fresh warnings the UK is prepared to take action, Mr Johnson is holding back in the belief the EU will still yet cave to his demands.

Sighting Brussels’s previous behaviour, the Prime Minister’s official spokesman said: “I think we’ve seen on a number of occasions the EU has made statements about the Protocol and following subsequent negotiations, there have been concessions made.”

He added: “We want much more significant changes to the way that the Protocol is currently functioning. So we think it’s right to keep all options open but things are very serious.”

Democrats Want a Stronger Edge in the Senate. Ohio Could Be Crucial.

The Great Diamond Glut: miners stuck with gems worth billions