Existing legislation allows a temporary reduction but the government will introduce changes because it cannot say when spending levels will go up again, Dominic Raab told MPs. Senior Tories and charities hit out at the decision to slash the budget from 0.7 per cent to 0.5 per cent of gross national income. Mr Raab said he regrets the £4 billion reduction but insisted it was vital that “every penny of public spending will rightly come under intense scrutiny” at a time of crisis.

He ruled out “salami slicing” all parts of the UK’s overseas aid spending and said funding will go on “our values and grounded in the British national interests”.

He said: “Britain is responding to a health emergency but also an economic emergency. Every penny of public spending will rightly come under intense scrutiny by our constituents.

“Given the impact of this global pandemic on the economy and as a result of public finances, we have concluded after extensive consideration, and I have to say with regret, that we can’t for the moment meet our target of spending 0.7 per cent and we will move to a target of 0.5 per cent next year.

“This is a temporary measure. It is a measure we take as a matter of necessity and we will return to 0.7 per cent when the fiscal situation permits.” 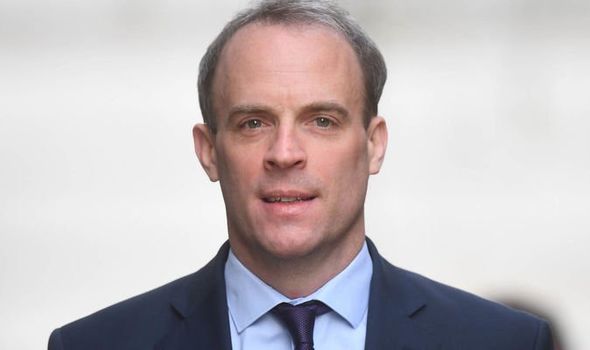 Mr Raab’s decision to legislate for the change is likely to spark a Tory rebellion.

The 0.7 per cent target was written into law under David Cameron and Boris Johnson’s election manifesto last year promised to keep it.

Conservative MP Anthony Mangnall said: “To say that I am disappointed in this decision is an understatement.

“I am horrified that we have decided to break a manifesto commitment and I am horrified at the message that this sends to the many women who have suffered such horrendous acts of sexual violence and conflict, especially given the fact that yesterday was the UN day for an international elimination for the violence against women.”

She said: “As a long-term supporter of our global Britain agenda, of which aid is a very key part, I am deeply concerned by the announcement … we will not be keeping to 0.7% next year.”

Conservative MP Jerome Mayhew said given the “parlous state” of the economy, it is a “necessary reflection of our altered circumstances”.

Danny Sriskandarajah, chief executive of Oxfam GB, warned: “By choosing to buy military hardware rather than pay for clean water or medicines, the Government will diminish the UK’s standing in the world.

“MPs of all parties who believe in a truly global Britain or who have spoken out against breaking the UK’s promise to the world’s poorest people now have the chance to vote down this legislation and make the Government think again.”

Ferrari has minister squirming as he savages taxation record ‘Should have no confidence!’