WASHINGTON (Reuters) – The two top Democrats in the U.S. Congress called on Republicans on Monday to work toward new bipartisan coronavirus legislation, citing a lack of funding for the national testing needed to begin to reopen the U.S. economy. 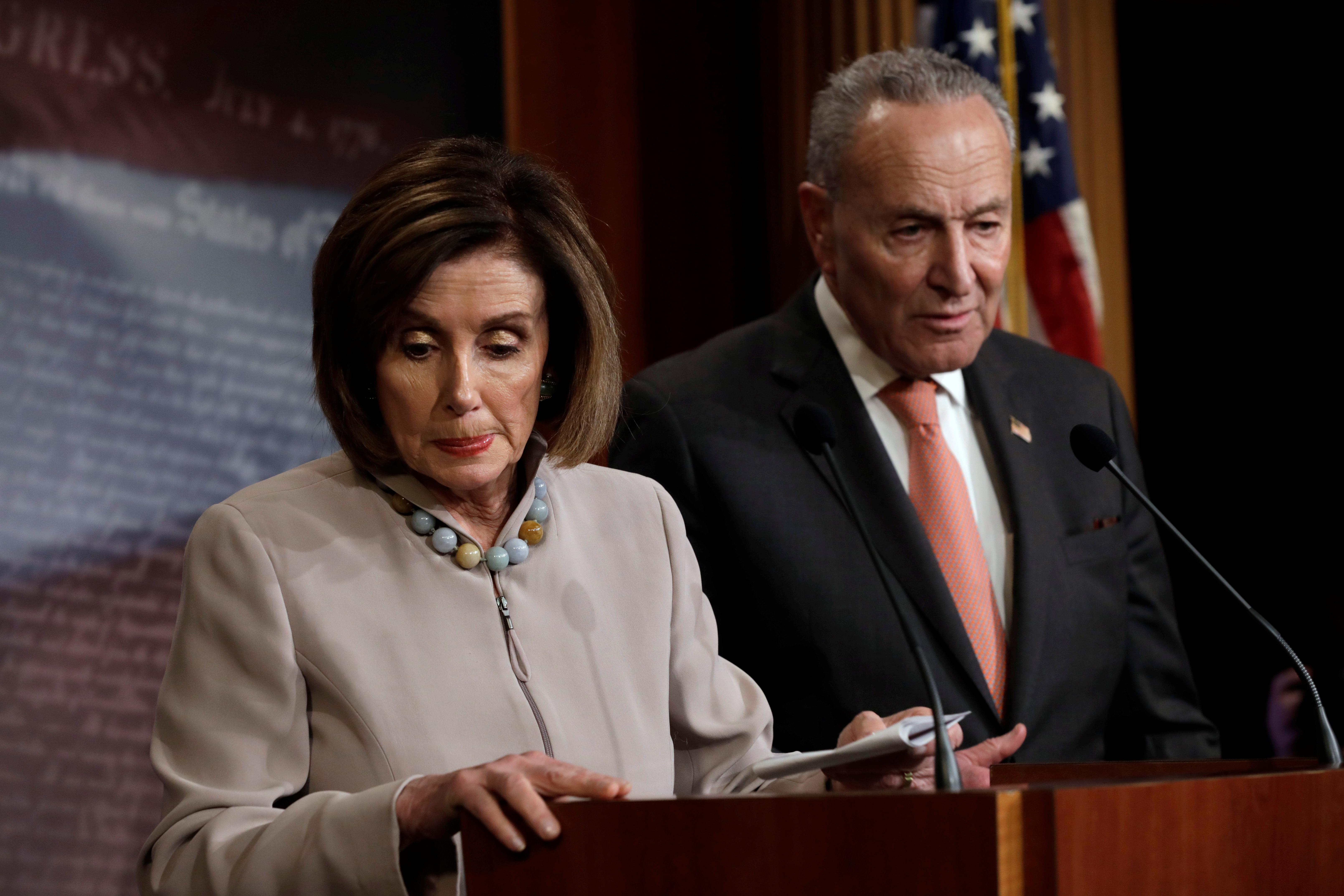 The call from Democrats came two days after Republicans renewed their own push for a $250 billion measure to help small businesses cope with the pandemic, while doubling down on their opposition to Democratic efforts to broaden the legislation to include other provisions.

“It’s time for the Republicans to quit the political posturing by proposing bills they know will not pass either chamber and get serious and work with us towards a solution,” House of Representatives Speaker Nancy Pelosi and Senate Democratic leader Chuck Schumer said in a joint statement.

The disagreement began with a skirmish on the floor of the Senate last week, when Republicans failed to ram their narrow measure through Democratic opposition. Republicans then blocked a Democratic measure that would have set aside some of the lending for community banks to aid minority-owned and rural businesses, aided hospitals and expanded food support for the poor.

Pelosi and Schumer issued their statement ahead of a brief Senate pro-forma session, set for 10 a.m. EDT (1400 GMT), where Republicans could try once more to move their measure.

The Democrats’ latest effort for broader legislation cited Republican President Donald Trump’s hopes of starting to reopen the U.S. economy on May 1, by underscoring the need for additional national coronavirus testing.

“We all desire an end to the shutdown orders so we can get Americans back to work and back to normal. However, there is still not enough testing available to realistically allow that to happen,” Pelosi and Schumer said. “It cannot wait.”

The United States has recorded more fatalities from COVID-19 than any other country, nearly 22,000 as of Sunday evening according to a Reuters tally.

But sweeping restrictions on non-essential movement applied to most Americans have damaged the economy, taking a painful toll on commerce and raising questions over how long business closures and travel curbs can be sustained.

The $250 billion in small-business loans sought by the administration would be in addition to $349 billion already allocated by Congress in a $2.3 trillion relief measure passed last month following another partisan standoff.

‘We are fed up!’ French MEP erupts at EU and demands France join 11 rebel member states