Whilst the nation voted to cut ties with the European bloc in June 2016, it took years to thrash out the details and sever a relationship once and for all. Although the UK and the rest of the world have recently been thrown headlong into a pandemic, Prime Minister Boris Johnson has continued to vow he will ‘Get Brexit Done’ by the end of the year. But there still remains debate as to what moment in political history was the most significant in contributing to Brexit victory.

An Express.co.uk poll has revealed, however, that the majority of respondents believe it was former prime minister David Cameron’s botched EU agreement in 2016 that sealed the deal.

The poll offered Express.co.uk readers five momentous moments in history to choose from which may have led to 17.4 million people backing Brexit.

It asked: “Which of these five key moments in history led to Brexit victory?”

The options outlined in the poll were: 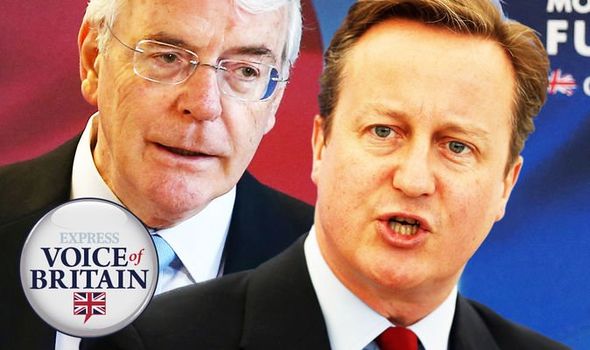 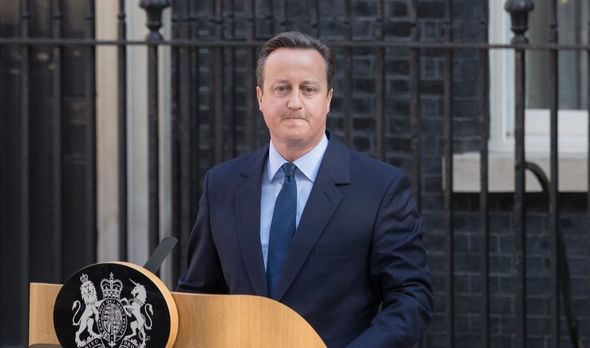 Out of 2,047 respondents to the poll, an overwhelming 56 percent (1,129) of people believe David Cameron’s failed EU reform deal was responsible for Brexit victory.

This is compared to the 27 percent (558) of people who cite the Maastricht Treaty as the reason Britain turned its back on the European bloc.

13 percent (249) of people attribute Brexit to the signing of the Lisbon Treaty in 2007, with five percent (92) believing the 2009 European debt crisis was to blame.

Less than 1 percent of people believed the Black Wednesday crash of 1992 led to Brexit. 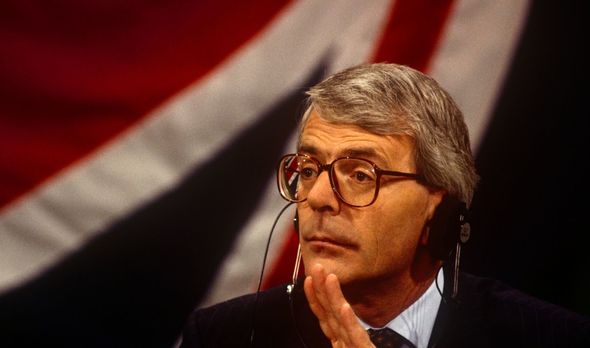 And Express.co.uk readers were vocal in elaborating on their belief that Brexit victory was a direct result of David Cameron’s failed EU reform deal in February 2016.

One Express.co.uk reader wrote: “There was already a very large following in support of a referendum on the issue but it was the EU’s treatment of the rather inept David Cameron with his begging bowl that finally convinced people we really needed to get out.

“Those who had hitherto been uninterested in what went on over the Channel, suddenly woke up to the fact that our elected government was no longer in charge of our country.”

Another said: “No fondness for Cameron, but having the EU pat him on the head and treat him like a naughty pet poodle for me at least, puts the last nail in the EU’s coffin.”

And a third remarked: “I think Cameron’s failure clinched it for many.” 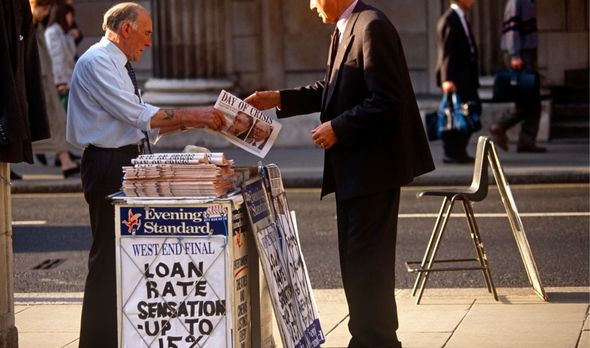 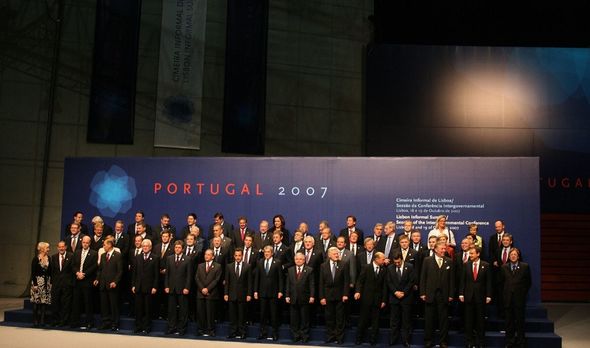 However, looking further back, many laid responsibility at the feet of former Prime Minister John Major, who signed the Maastricht Treaty in February 1992.

One wrote: “Major signing away our sovereignty with the Maastricht Treaty was the beginning of the end.

“If Europe had remained a group of trading countries and not a political bunch led by an unelected commission, things would have been fine and Brexit would never have been needed.”

Another said: “John Major must take a large amount of blame followed by Blair. Cameron never had any intention of doing a deal as he is pro EU.”

But for some, narrowing Brexit down to one reason was too difficult of a task.

An Express.co.uk reader wrote: “It was a mixture of events and a gradual erosion of Sovereignty and our ability to handle our own affairs.

“Namely the loss of our freedom to choose our direction and decide our own future.”

Another said: “ALL of the reasons mentioned contributed to our Brexit vote!

“We have been seething and simmering since Heath lied and took us in.

“It has become progressively worse with EVERY treaty that was signed by our supposedly BRITISH governments.”

And a third remarked: “All of the above, and more!”

The signing of the Maastricht Treaty in 1992 is widely believed to have sowed the seeds of discontent that led to Brexit.

Tory Prime Minister John Major signed the treaty which gave the European Commission more powers and paved the way for the Euro.

It is said to have been the catalyst for a split within the Conservative Party which would last for many years.

Later in the year, Black Wednesday was viewed as a disaster, when Mr Major was forced to withdraw the pound from the European Exchange Rate Mechanism. 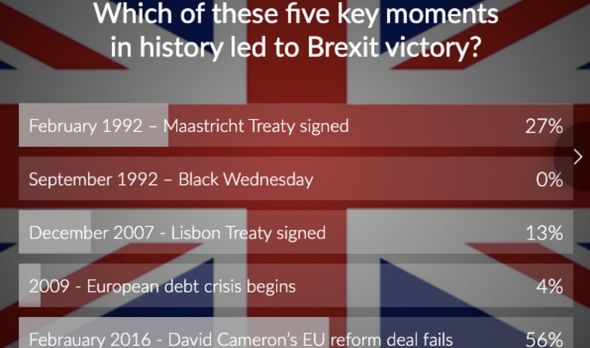 The Lisbon Treaty in 2007 replaced the rejected EU constitution – it intended to make the EU more transparent, however many were unsatisfied with the powers the bloc was able to wield.

The treaty was shortly followed in 2009 by a European debt crisis.

Most notably, it was Greece which struggled to pay back the money its Government had borrowed, alongside Portugal, Ireland, Italy and Spain.

The EU was forced to step in to bailout some of the countries, which led to unrest and annoyance within the bloc.

Brexit, however, finally culminated in the announcement of a referendum by former Tory Prime Minister David Cameron.

Mr Cameron campaigned to stay in the European bloc, however was forced to resign when the vote did not go his way.

Mr Johnson has said Britain will exit the European Union with or without a deal by the end of the year.