Foreign Secretary Dominic Raab is the man deputising “where necessary” for the prime minister, who remains in intensive care with the coronavirus.

To some, he’s a cool operator who honed his skills bringing war criminals to justice at The Hague. To others he’s a steely “hard man” Brexiteer who battled the EU over the UK’s exit.

Political opponents, however, have said he holds “offensive” views on some issues.

Who exactly is Dominic Raab?

Before the House of Commons 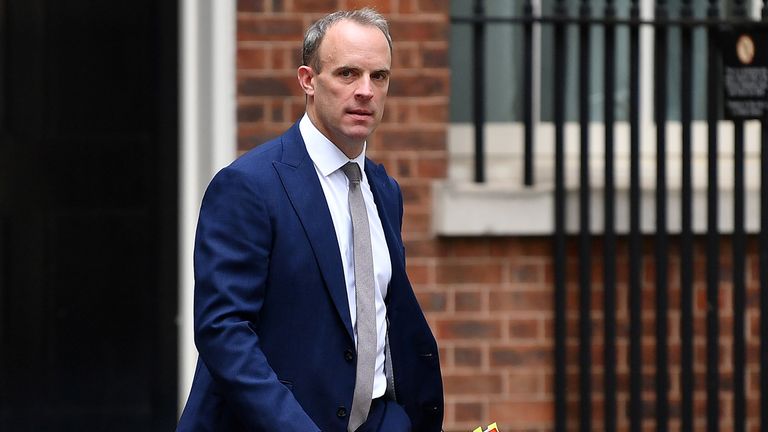 The 46-year-old was born and raised in Buckinghamshire.

His mother is from Kent, while his father’s Jewish family fled Czechoslovakia for Britain in 1938 to escape from the Nazis.

Mr Raab described the traumatic effect this had on his grandmother in an interview with The Times last year.

“When we were growing up, she would often weep into her goulash and strudel about the fact that she’d left her parents behind, so that bit of history was very personal to us,” he said.

Mr Raab’s father died when he was 12. His mother later died by suicide after battling cancer twice.

After attending a grammar school, Mr Raab went on to study law at Oxford, where he was captain of the karate team.

He then completed a master’s degree at Cambridge.

He worked in commerical law, including at the prestigious Linklaters firm, before joining the Foreign Office in 2000 as an adviser. 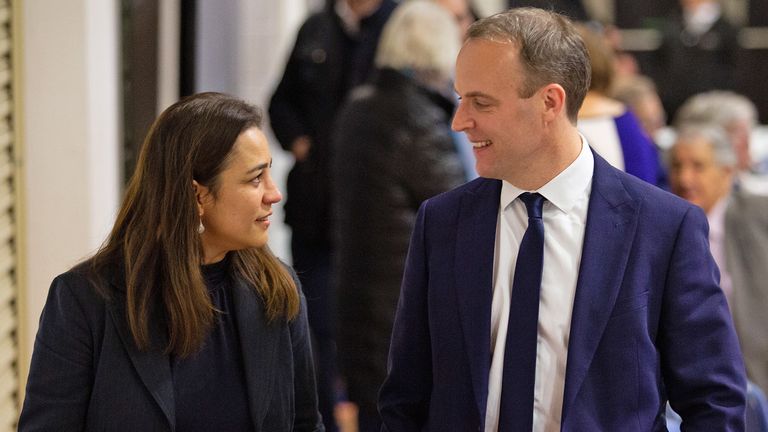 After that, he worked for three years at Westminster for then shadow cabinet ministers David Davis and Dominic Grieve.

His wife, Erika Rey, is a Brazilian marketing executive and the pair have two children together, Peter and Joshua.

Rising up the ranks 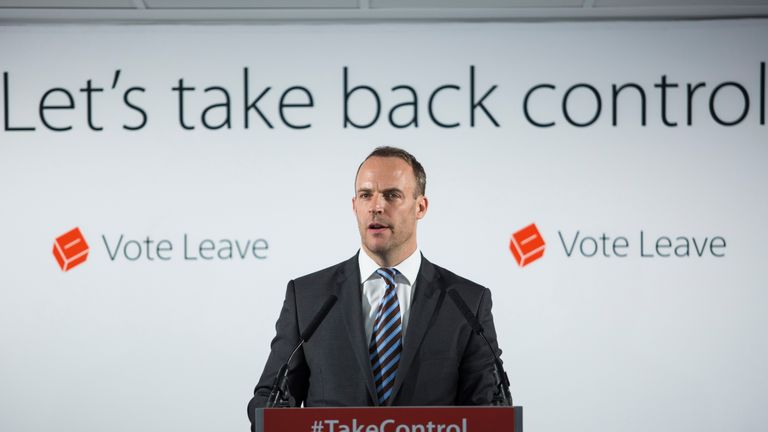 Mr Raab was first elected as an MP, for the Esher and Walton constituency in Surrey, in 2010 as Labour fell from power.

He entered government in 2015 as a junior justice minister and was soon a leading figure in the Vote Leave campaign ahead of the EU referendum.

Theresa May removed Mr Raab from government when she became prime minister after the Brexit vote.

But he returned to the House of Commons back benches for less than a year, with Mrs May bringing him back to the Ministry of Justice after her disastrous 2017 general election.

He went on to serve as housing minister before, in July 2018, becoming Mrs May’s second Brexit secretary and succeeding his old boss David Davis.

Mr Raab’s first spell in a cabinet position was not without gaffes.

During his time as Brexit secretary, he admitted he wasn’t aware of “the full extent” of the UK’s reliance on the Dover-Calais crossing. 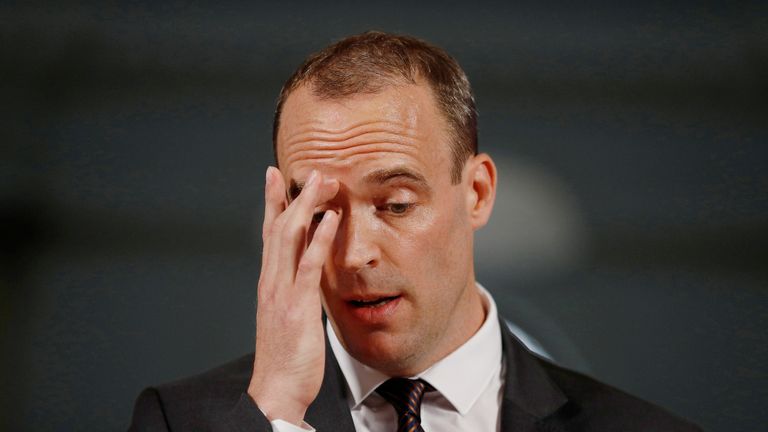 His time in charge of the Department for Exiting the EU was also rather short.

In May last year, when Mrs May resigned, Mr Raab threw his hat into the ring as a potential successor.

He was eliminated after the second round of voting among Tory MPs and went on to support Boris Johnson’s candidacy.

Mr Raab was later rewarded for his support for Mr Johnson when he was named foreign secretary and first secretary of state by the incoming new prime minister.

This has seen him viewed as, effectively, the deputy prime minister.

In his most recent role as foreign secretary, Mr Raab has been criticised for his handling of the Harry Dunn case.

Legal action is being taken against Mr Raab’s department following a row over the immunity granted to Anne Sacoolas – who is accused of causing the collision that killed the motorcyclist.

The Dunn family have frequently been critical of Mr Raab as they seek justice over the 19-year-old’s death.

Prior to that, Mr Raab caused controversy when he used a 2011 article for the PoliticsHome website to claim men were getting a “raw deal” in many areas of life.

“Feminists are now amongst the most obnoxious bigots,” he added.

Mrs May, then women and equalities secretary, scolded Mr Raab and said he was fuelling “gender warfare”. 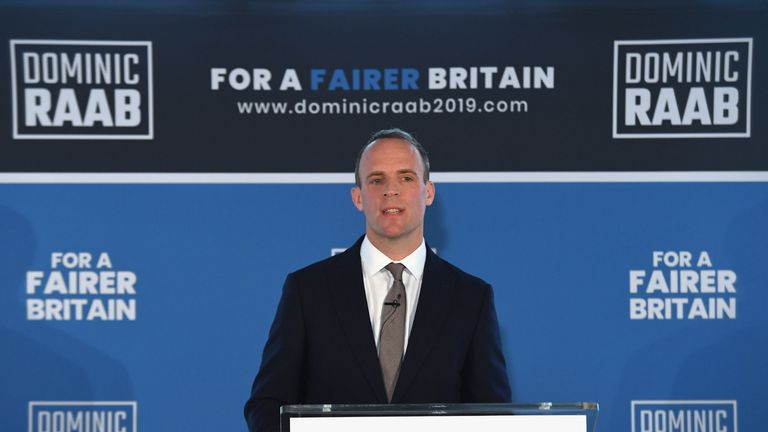 Sky News’ Sophy Ridge challenged Mr Raab over those comments during last year’s Conservative leadership contest, asking him whether he considered himself a feminist.

Mr Raab said he preferred to refer to himself as a “champion of equality”.