The Sunday Express can reveal the Government’s blueprint for post-lockdown Britain will include advising workplaces to have floor markings to ensure people are two metres apart, staggered arrival times and breaks, fewer people in lifts and regular deep cleaning as part of an 11-point Covid safety plan. The Government has set a target of May 26, the day after the second May Bank Holiday, to encourage people back to work.

Details will be announced by Prime Minister Boris Johnson this week in a careful process to provide a “slow return to normality”. It comes as figures showed 621 more coronavirus deaths yesterday, bringing the total to 28,131 – which Communities Secretary Robert Jenrick described as “heartbreaking”.

But the number in hospital with coronavirus has dropped 13 percent in the past week to 14,695. And for a second day in a row the Government hit its virus testing target – 105,937 on Friday.

Meanwhile a poll has shown people are nervous about leaving their homes.

Asked how they would feel if the Government began easing restrictions in May, 59 percent of the 1,500 questioned say they will not feel comfortable going out and won’t resume normal life in June.

The Redfield &Wilton Strategies poll showed 56 percent were confident of how the Government has handled the crisis and 69 percent trusted the scientific advice.

Mr Jenrick said: “We are going to think carefully about how we approach the next stage of the virus and again we will be guided by medical opinion.

“We will be taking a careful cautious approach to that because the overriding objective is to ensure the rate of transmission is below one, that we build in some headroom to protect the NHS and ensure it doesn’t get overwhelmed by a second peak.” 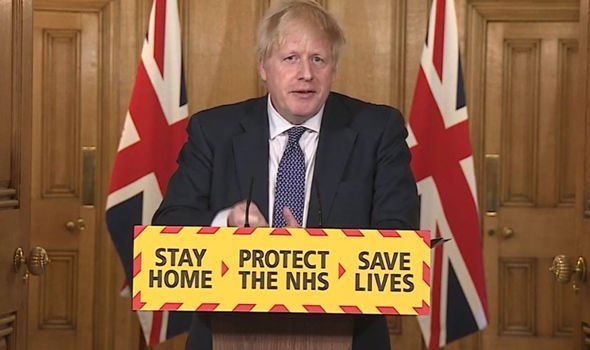 Deputy chief medical officer Jenny Harries said: “People need very clear messaging to understand when they can come out and to be reassured when it is safe.”

Business Secretary Alok Sharma has asked civil servants to draw up plans to get the economy moving again and allow people back to their workplaces safely.

He has consulted business and union leaders as well as the science and medical community and wants a “national consensus” on the safest ways of working.

Specific guidance for different types of workplaces such as offices, shops, outdoor sites, salons and factories will be published shortly. Other sectors like theatres, sports grounds, pubs, cafes and clubs will probably have to wait longer until the risk of a second coronavirus wave has diminished.

The plans are aimed at kickstarting the economy and getting more people earning again, while shielding everyone from another wave of the epidemic. 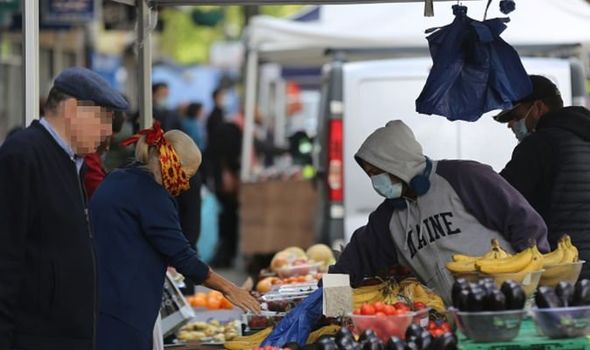 Businesses will be allowed to reopen only when scientific advice suggests it is safe.The Government is also under pressure to make changes at home to ensure people are properly protected.

A petition calling for maternity leave to be extended by three months to give mothers time to bond with their children has gained nearly 200,000 signatures.

Create your own survey at doopoll.co

Pointing out Britain has been let down by China and Turkey in PPE deliveries, he said: “We must replicate the achievement of food security built after the Second World War by introducing similar protections so these industries can establish vital extra capacity.”

Sir John’s concerns were backed by Dr Stephen Davies of the Institute of Economic Affairs.

He said: “We will get through coronavirus and its aftermath. However, we should think of it as a stress test of our society.

“What we must be very aware of is the danger of throwing out the baby with the bathwater – we should not abandon the things that have brought great benefit but reorganise the way they work.”

Macron revolt: Furious protests in France as restaurants vow to RE-OPEN despite lockdown

UK-Germany row: Why is Germany and Britain in a huge row over Oxford vaccine?