Boris Johnson says his health deteriorated so badly after contracting coronavirus that a strategy was drawn up in case he died.

In an interview with The Sun On Sunday, the prime minister said he was given “litres and litres of oxygen” after going into intensive care with COVID-19 on 7 April.

Mr Johnson said: “It was a tough old moment, I won’t deny it. They had a strategy to deal with a ‘death of Stalin’-type scenario. 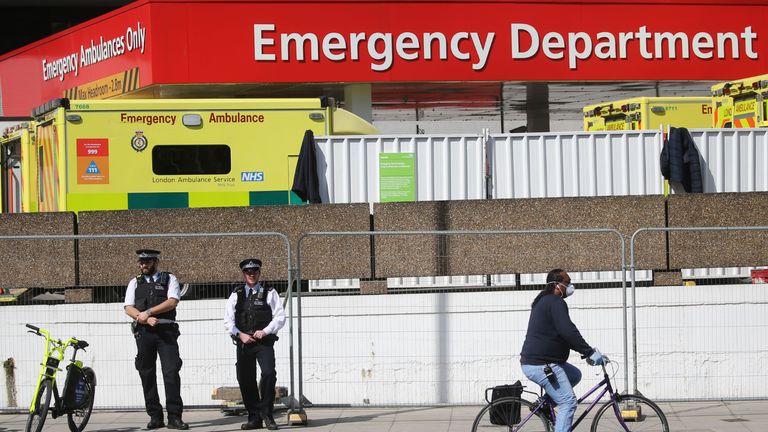 “I was not in particularly brilliant shape and I was aware there were contingency plans in place.

“The doctors had all sorts of arrangements for what to do if things went badly wrong.

“They gave me a face mask so I got litres and litres of oxygen and for a long time I had that and the little nose jobbie.”

The interview comes after his partner Carrie Symonds shared a picture of their new son, who they have named Wilfred Lawrie Nicholas Johnson – with the name Nicholas chosen in a nod to the two doctors who saved the prime minister’s life. 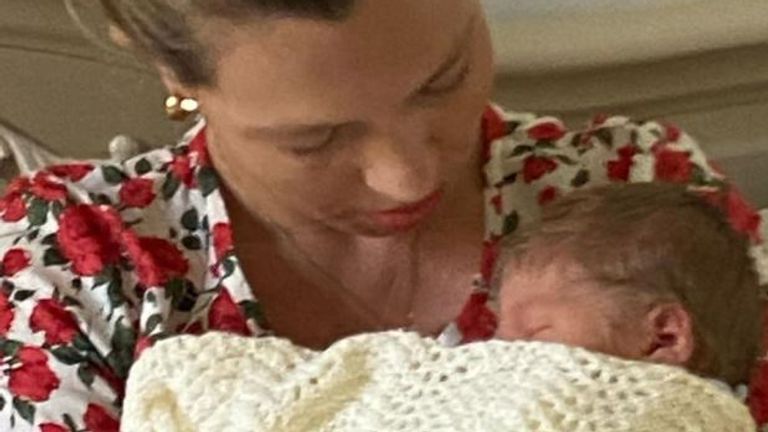 Mr Johnson also spoke openly about how he was “in denial” about how serious it was when he was diagnosed with COVID-19 at the end of March.

“I said I really didn’t want to go into hospital,” he explained.

“It didn’t seem to me to be a good move but they were pretty adamant. Looking back, they were right to force me to go.”

Recalling what it was like when things got more serious after he was moved to intensive care, Mr Johnson said: “I was just incredibly frustrated.

“Because the bloody indicators kept going in the wrong direction and I thought, ‘There’s no medicine for this thing and there’s no cure’.

“That was the stage when I was thinking, ‘How am I going to get out of this?'”

Mr Johnson returned to work on Monday and was immediately faced with preparing for the coronavirus lockdown review due to be announced by Thursday 7 May.

In his first appearance at the daily Downing Street briefing since returning to Number 10, he signalled the government was following Scotland’s lead and switching its advice on non-medical face covering.

He said they will be “useful” when enforced social distancing measures are eventually eased to “give people confidence they can go back to work”.

It came two days after Health Secretary Matt Hancock aid there was only “weak science” supporting the suggestion people wear face coverings in shops and on public transport.

COVID-19: Department of Health and Social Care investigated over ministers’ use of private emails

This Meal Kit Delivers a Taste of Jamaica