Jeremy Corbyn was challenged over his proposal to “scrap” the stop and search system despite the violent crime epidemic gripping the country. Mr Corbyn and Prime Minister Boris Johnson traded barbs after the Labour leader demanded the Government agree to an investigation on bullying claims moved against Home Secretary Priti Patel. The Prime Minister hit out at the Opposition leader as he launched into a fierce defence of his Cabinet member: “I just want to remind him, since he mentions the Home Secretary, that she is keeping this country safe by putting record numbers of police officers on duty.

“She is stopping the early release of offenders and she is bringing in a system to tackle our migration crisis with an Australian-style point-based system.

“He would scrap stop and search, he believes in getting rid of our security services and he certainly wouldn’t tackle our immigration system.”

Mr Corbyn however bypassed the attack renewing his demands urging the Government to publish the findings of the investigation on Ms Patel’s behaviour.

The Labour leader said: “It’s about whether he would release the findings of an investigation onto the Home Secretary’s behaviour.”

JUST IN: ‘We’re back!’ Brexit Britain to lead the world – Truss delivers barnstorming speech at WTO 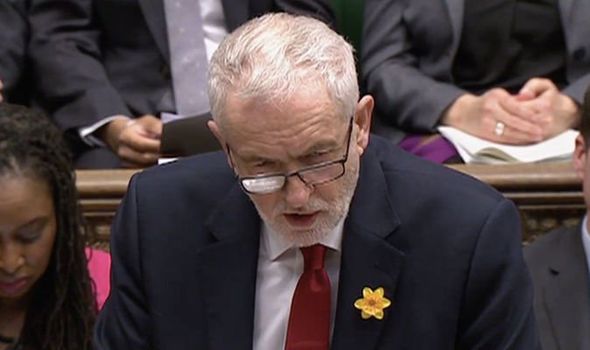 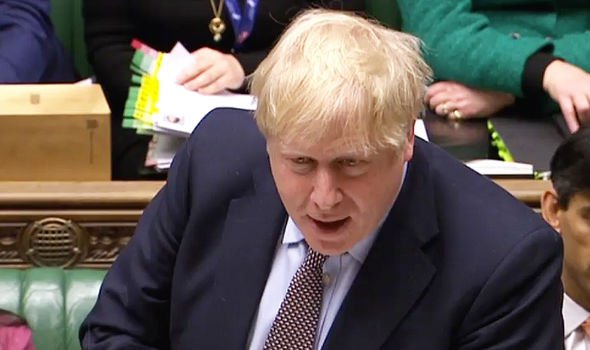 Jeremy Corbyn previously suggested stop and search could be “counterproductive” to Police efforts to tackle crime.

Speaking in 2018, Mr Corbyn said: “Where there is credible evidence of a reason to stop and search somebody, that’s fair enough.

“But what is not good for community relations, doesn’t actually solve crime, is a large amount of stop and search against particular communities, against Muslim youth, against black youth which actually alienates a lot of people.

“When you get to routine stop and search on large numbers of people that can actually be counter-productive.

Mr Johnson ordered the probe on Ms Patel in response to the outcry over the resignation of the Whitehall department’s top civil servant Sir Philip Rutnam over the weekend.

Sir Philip, 54, quit as the Home Office’s permanent secretary on Saturday following a string of clashes with Ms Patel.

Cabinet Office Minister Michael Gove announced the inquiry when answering an urgent question in the Commons from Jeremy Corbyn.

It will look into claims Miss Patel broke Whitehall’s ministerial code of conduct in the way she treated Home Office mandarins.

No haircuts until industry has a COVID-19 plan in place, says B.C.’s top doctor