The historic institution has a monument to Cecil Rhodes, a 19th century businessman and politician, outside its front door. Rhodes attended Oriel College himself and set up a scholarship to help strengthen ties among Commonwealth countries.

However, he is accused by critics of being the ultimate representation of colonialism and played a major role in the British Empire’s control of Southern Africa.

For years academics and activist students have protested the prominence of the statue of the British imperialist and have demanded it be removed.

Now, scores of academics have pledged not to give tutorials to the college’s undergraduates or to attend talks, seminars, and conferences sponsored by the institution unless the statue is taken down.

Criticising the move, the Prime Minister’s official spokesman this afternoon said students could be due compensation for the boycott. 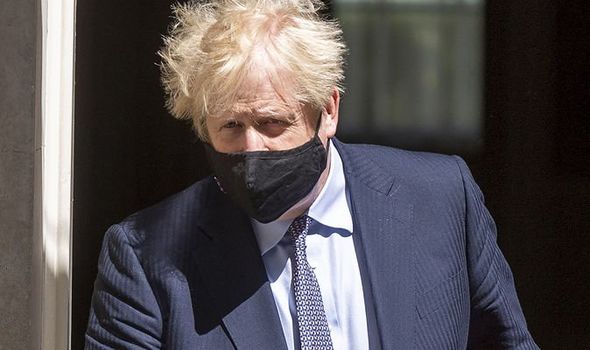 He said: “Students rightly expect to get a good deal for their investment in higher education and we would expect universities to take appropriate action should any student be seriously impacted by these actions, which could include compensation.

“We fully believe in protecting academic freedom but universities have a duty to maintain access to good quality tuition as a priority, especially given the disruption the pandemic has caused students already.”

Britons furious as ‘deluded’ Tony Blair plots comeback – ‘He just will not go away!’

Putin will cut all energy supplies if price caps are imposed