It follows an ominous warning last week by the commander of US forces in the Indo-Pacific that China may launch a military operation against Taiwan “in the next six years”. This would likely lead to military reprisals from the US Navy and allies including Britain, which is sending its new carrier, HMS Queen Elizabeth, to lead a multinational strike force to the Far East in May. China commands the world’s largest military, with 2.18 million soldiers, sailors and aviators on active duty. And after a recent 6.8 percent rise it will command a £200billion military budget this year.

But it is the combination of sheer mass, technological advances and the fusing of military doctrine in all of premier Xi Jinping’s political and economic policies that makes the authoritarian regime such a threat.

The expansion of the People’s Liberation Army Navy (PLAN) and advances in missile and drone technology are particularly worrying, experts say.

China has been accelerating its shipbuilding since 2015 as part of Xi’s programme of reforms to create a world class navy. In September the US Department of Defense acknowledged the plan had finally surpassed the US Navy in size.

Now, it builds a navy the size of France’s every four years, with analysts predicting it will achieve sea control in its sphere of interest by 2030 and superiority by 2049.

While the majority are smaller vessels, including a large fleet of fast missile-attack craft, Chinese shipyards are closing the gap with larger and more sophisticated vessels.

These include the commissioning of the first four Type 055 destroyers – the largest surface combatant vessel being built in the world today – and anti-submarine frigates. 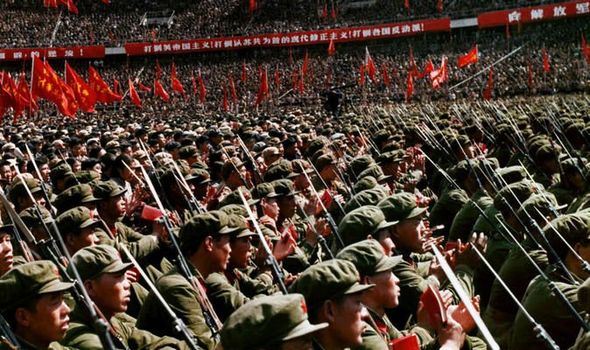 Its third aircraft carrier, to be launched this year, will be the first built entirely on Chinese knowhow, will be bigger than the existing Liaoning and Shandong, and eschew ramps in favour of electromagnetic catapults to launch aircraft.

Another three are in the works, giving China the capacity to operate in the Western Pacific, Indian Ocean and Bay of Bengal.

“Ultimately, it is China’s ability to climb higher on the escalation ladder that matters because its military power is inseparable from its peace-time coercive strategy,” said Toshi Yoshihara, from US think tank the Center for Strategic and Budgetary Assessments. He said another area of heavy investment is missile development.

Though the Second Artillery Corps has traditionally enjoyed support from China’s ruling Communist Party, the “Rocket Force”, as it is known, has been thrust to the centre by Xi.

“It is quite a technological feat to strike a moving target at sea. China’s Rocket Force has apparently pulled it off, progressively demonstrating its capacity to hold surface combatants in offshore waters at risk,” said Yoshihara.

China is the only nation with functioning hypersonic missiles. 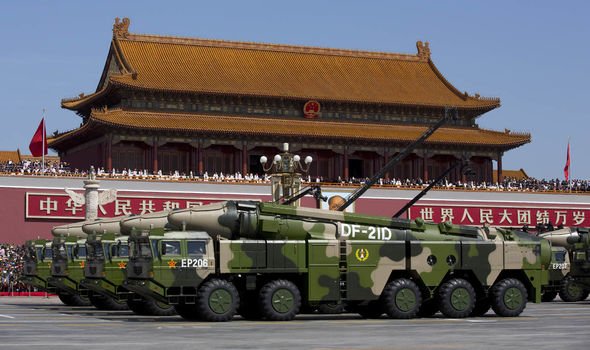 The DF-17 can reportedly fly at Mach 10, reaching top speeds of 12,348km per hour. It’s difficult to predict flight trajectory makes it impossible for defence systems to stop. And the new H-20 stealth bomber has a range of 12,000km.

But it is the more commonplace missiles which present a bigger problem. Addressing Congress last week, Admiral Phil Davidson, commander of US forces in the Indo-Pacific, said China is “not merely developing advanced weapons systems but increasingly employing them in exercise scenarios to hone war-fighting skills and send unmistakable messages to regional and global audiences”.

Recent tests include the firing of 200 “suicide drones” which can be launched from lorries or helicopters to keep foreign navies busy in the event that they respond to an attack on Taiwan.

And Admiral Davidson warned that this eventuality may happen sooner than the West realise.

“I worry they’re accelerating their ambition to supplant the US and our leadership role in the rules-based international order, which they’ve long said they want to do by 2050,” he said.

“Taiwan is clearly one of their ambitions before then. And I think the threat is manifest during this decade. In fact, the next six years.” 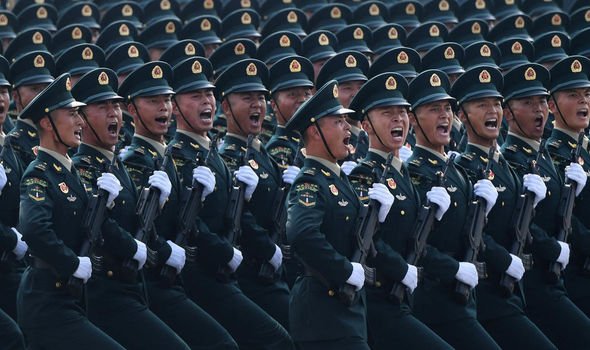 “China has 1,250 of them – so many that it gives China incredible coverage of its first island chain in the South China Sea. If China invades Taiwan it could completely deny access to the South China Sea for US, Australian, Japanese and Royal navies.”

And Britain must put its naval assets in harm’s way if it is to meet its Global Britain objectives.

In a report published last week Mr Clark said Britain should use next year’s 49th anniversary of the Five Powers Defence Alliance – a mutual defence pact between Australia, Malaysia, New Zealand, Singapore and the UK – to permanently base a frigate or destroyer in the Far East, much as HMS Albion is based in Bahrain.

“Part of the Global Britain agenda is to enforce the international rules-based order,” he said.

While China has assiduously avoided military confrontation since Vietnam, the US, UK and allies have also not experienced the type of large-scale confrontation which war with China would bring since the Second World War.

And China is not bluffing.

“The strategy to win without fighting relies on being willing to fight,” said Yoshihara.

“Xi is urging the PLAN to make sure it can fight and win. We need to take this seriously.”

U.S. shale could face weeks of depressed oil production due to cold