President Trump’s prospects depend on late and fundamental shifts in the dynamics of the race, including Joe Biden stumbling badly in Thursday’s debate and Mr. Trump exhibiting discipline on the virus. 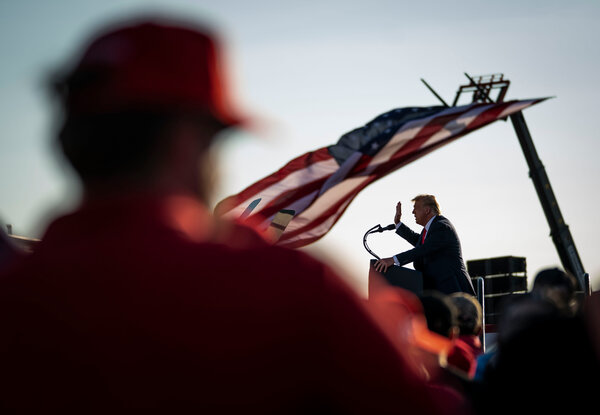 President Trump’s victory in 2016 is remembered for defying polls and stunning Democrats. But in many ways, it was not a surprise.

He prevailed with a piercing outsider message on jobs, immigration, China and trade. He restrained himself on Twitter in the final weeks while portraying his opponent, Hillary Clinton, as hostile to the economically disenfranchised blue-collar voters flocking to his rallies. His campaign worked systematically to drive up margins of white voters in battleground states that Democrats had largely taken for granted.

Mr. Trump’s obstacles are considerably higher this time. He is an unpopular incumbent in the midst of a pandemic and an economic decline. He is facing a much different opponent, Joseph R. Biden Jr., who has carefully studied mistakes Mrs. Clinton made in 2016.

Yet with two weeks until Election Day, Mr. Trump retains a narrow path to victory, in the view of many analysts, one that would require him to draw on his most effective tactics from 2016 and make fundamental changes in his campaign style to expand his appeal beyond his political base. He also needs Mr. Biden to make a mistake.

The clearest road for Mr. Trump is to hold one of the three states he snatched from Democrats in 2016 — Pennsylvania, Michigan or Wisconsin — as well as the rest of his winning electoral map, including Arizona and Florida, where Mr. Biden is now competitive. Polls indicate that is a daunting task, but not an impossible one, particularly if he succeeds again in driving up support among working-class voters, including in more rural areas he dominated in 2016, while holding down Mr. Biden’s support among nonwhite voters.

Still, interviews with 21 Republican and Democratic strategists, many of whom have worked for other presidential campaigns over the past 30 years, suggest that Mr. Trump will need some 11th-hour disruptions in the race. That might include a bad stumble by Mr. Biden in the debate on Thursday or on the trail; court rulings or Republican tactics that suppress the Democratic vote; and a G.O.P. ground game that turns out voters who may not have been counted by pollsters.

And Mr. Trump will need to bring discipline to the campaign trail that has so far eluded him, the strategists say. That will mean presenting a forceful and uncluttered appeal that he is better able than Mr. Biden to rebuild the economy, while trying yet again to draw a contrast between himself and an opponent he has sought to portray as ideologically too far to the left to run the nation.

In the end, most strategists said the single best hope for Mr. Trump was for Mr. Biden to do something to worry or alienate swing voters who Mr. Trump has already driven into the Democratic camp. And counting on your opponent to make a fatal mistake in the final days is rarely a good strategy. 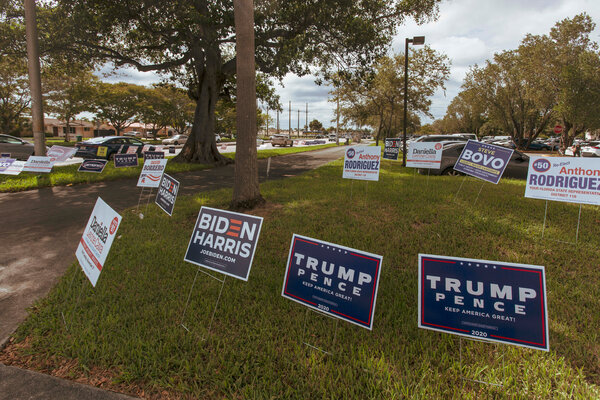 Republicans have shown success in registering new voters in states like Florida and Pennsylvania. That could be important in building on a key part of the president’s 2016 strategy: turning out working-class white Americans who have not voted before.

“There are few days left to change the trajectory of the race,” said Sara Fagen, who was the White House political director for President George W. Bush. “Trump’s best chance at this point would be to dramatically boost turnout among non-college-educated white voters in the industrial Midwest.”

Lammy hits out at BBC in row about trans rights

‘We know that people died!’ EU warned it will ‘regret’ holding vaccines ‘hostage’