To deploy the armed forces, Trump would need to formally invoke a group of statutes known as the Insurrection Act. 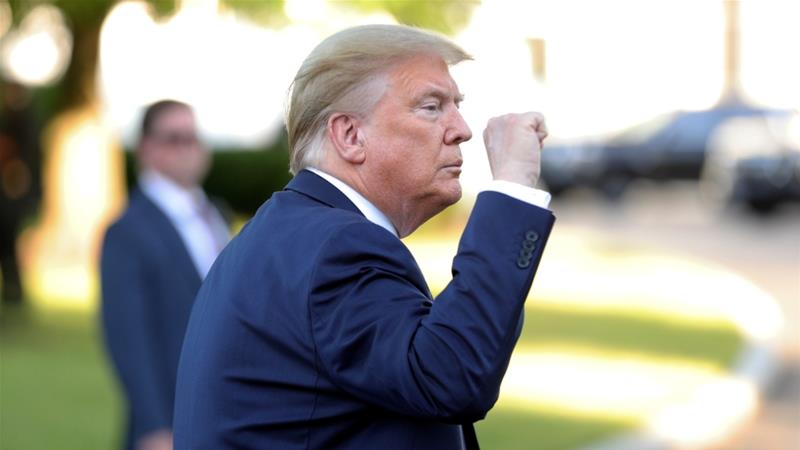 US President Donald Trump on Monday suggested he would use federal troops to end the unrest that has erupted following the police killing of George Floyd, an unarmed Black man, last week.

“If a city or state refuses to take the actions that are necessary to defend the life and property of their residents, then I will deploy the United States military and quickly solve the problem for them,” Trump said during brief remarks at the White House.

To deploy the armed forces, Trump would need to formally invoke a group of statutes known as the Insurrection Act.

What is the Insurrection Act?

Under the US Constitution, governors generally have the authority to maintain order within state borders. This principle is reflected in a law called the Posse Comitatus Act, which generally bars the federal military from participating in domestic law enforcement.

The Insurrection Act, which dates to the early 1800s, creates an exception to the Posse Comitatus Act.

It permits the president to send in US forces to suppress a domestic insurrection that has hindered the normal enforcement of US law.

Can Trump send in troops without a governor’s approval?

Yes. The law lays out scenarios in which the president is required to have approval from a state’s governor or legislature, and also instances where such approval is not necessary, said Robert Chesney, a professor of national security law at the University of Texas.

Has it been invoked before?

Yes. The Insurrection Act has been invoked on dozens of occasions through US history. Since the civil rights movement of the 1960s, its use has become “exceedingly rare,” according to a report by the Congressional Research Service.

The Insurrection Act was last used in 1992, when the acquittal of four Los Angeles police officers in the beating of Black motorist Rodney King led to deadly riots.

Can a court strike down Trump’s use of the law?

Chesney said a successful legal challenge to Trump’s use of the law was “very unlikely.” Courts have historically been very reluctant to second-guess a president’s military declarations, he said.

“The law, for all practical purposes, leaves this to the president with very little judicial review with any teeth,” Chesney said.

Brexit LIVE: She does it again! Liz Truss secures ‘big prizes’ with new deals in India

Have your say: Should Labour MPs denounce crippling rail strikes over 7% pay demand?

‘Never say never!’ Lord Frost hints at return to No10 but warns Boris must bring change

Ukrainian soldier thanks ‘gifts from the Queen’ after destroying Russian tank