Ukraine and Western countries say referendums on joining Russia in territories Russia has captured are a sham designed to justify their annexation and the ramping up of hostilities with newly drafted troops after recent battlefield losses.

Russian Foreign Minister Sergei Lavrov addressed the United Nations General Assembly and the world’s media on Saturday, casting opposition to Russia’s assault on its neighbour as limited to the United States and countries under its sway.

But as Russians prepare to declare occupied territories as their own, in the UK, Britons say the Government should continue to support Kyiv if it was force to attack Russia.

In an exclusive poll conducted by Techne UK for Express.co.uk, a majority of UK voters surveyed was in favour of UK support to Ukraine.

Asked “Do you think Britain should continue to fully support Ukraine if it attacked Russian territory in retaliation to the invasion?”, 46 percent of people surveyed said yes, against 38 percent who said no and 16 percent who could not decide. 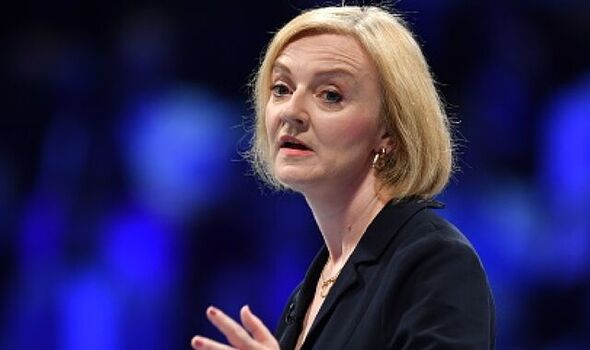 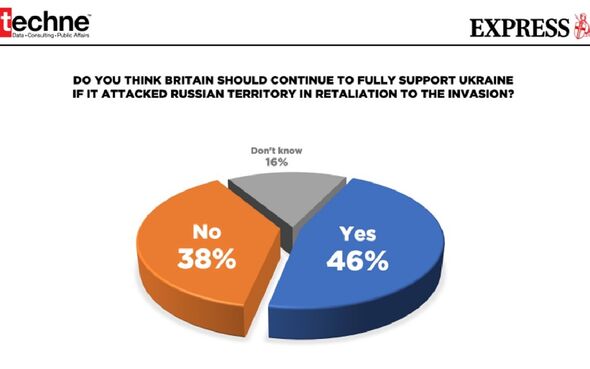 The poll was conducted on September 23 with a total of 1639 UK voters.

Nearly three-quarters of countries in the UN General Assembly voted to reprimand Russia and demand it withdraw its troops shortly after the February 24 invasion that Russia calls a special military operation.

Russia’s military campaign has killed tens of thousands, left some Ukrainian cities wastelands and triggered Russia’s biggest confrontation with the West since the 1962 Cuban Missile Crisis.

Ukraine’s military said early on Sunday that Russian forces had launched dozens of missile attacks and air strikes on military and civilian targets, including 35 “settlements”, in the past 24 hours.

Russia also used drones to attack the centre of the southern city of Odesa, Ukraine’s military said. No casualties were reported.

Russia denies targeting civilians. Its RIA state news agency reported that Ukrainian forces bombed a hotel in the city of Kherson, killing two people. Russian forces have occupied the southern city since the early days of the invasion.

There has been no immediate response from Ukraine.

The votes on becoming part of Russia were hastily organised after Ukraine recaptured large swathes of the northeast in a counteroffensive this month.

Ukrainian officials said people were banned from leaving some occupied areas until the four-day vote was over, armed groups were going into homes, and employees were threatened with the sack if they did not participate.

Ukrainian President Volodymyr Zelensky said the votes would be “unequivocally condemned” by the world, along with the mobilisation Russia began this week, including in Crimea and other areas of Ukraine occupied by Russia.

Russia maintains that the referendums offer an opportunity for people in those regions to express their view.

Labour’s $1795 ‘business’ conference – How much should it cost to chat to Jacinda Ardern and senior ministers?