Brexit: Nigel Farage says UK will leave the EU in 'name only'

Belgium’s former Prime Minister and now President of Wallonia, Elio Di Rupo, lashed out at the “mood swings” from Mr Johnson during trade talks between the UK and EU, warning a no-deal outcome could threaten up to 5,000 jobs in the region that has a population of 3.6million. He warned he “will not hesitate” to ask the Belgian parliament to use its right to vote down any deal, as done with the EU’s agreement with Canada, if he believes it would cross the crucial red lines set by the country’s Government. In a series of tweets prior to the crunch meeting between Mr Johnson and European Commission President Ursula von der Leyen in Brussels on Wednesday evening, Mr Di Rupo wrote: “It’s been months that we live according to the mood swings of @BorisJohnson.

“His attitude does not allow us to see clearly in the future of relations between the EU and the United Kingdom.

“For my Region, Wallonia, the #Brexit “No deal” could represent up to 5,000 jobs lost. The United Kingdom is Wallonia’s 7th supplier.

“I will not hesitate to ask my parliament to use its right of veto, as was the case for the #CETA , if future trade agreements with the United Kingdom cross the red lines set by my Government.

“I also want to highlight the need to find an agreement in the interest of the European regions which will be the most proportionately affected. I am thinking in particular of my sister region, Flanders.” 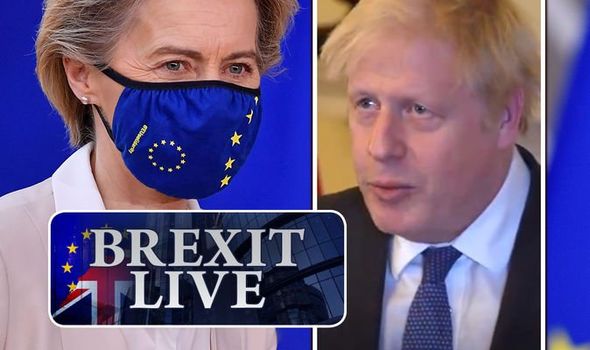 In 2016, the CETA trade deal was almost sunk by Wallonia who issued a last-minute veto after seven years of talks.

The comments from Belgium’s former Prime Minister came before talks between Mr Johnson and Ms von der Leyen collapsed without any significant breakthrough, with a senior Downing Street source warning: “Very large gaps remain between the two sides and it is still unclear whether these can be bridged.”

The two leaders have asked their chief negotiators – Lord David Frost and Michel Barnier – to meet again in the Belgian city on Thursday, before vowing to make a “firm decision” about the future of the trade talks by the end of the weekend.

Birmingham hailed the ‘most festive city’ in the country, survey says