The Brexit transition period deadline is drawing closer. The UK formally left the European Union on January 31 beginning a transition period which concludes at the end of 2020. Democratic President-Elect Joe Biden’s victory last week will have “big consequences for Brexit” according to political commentators. But what is happening with Brexit right now?

Brexit talks between the UK and EU will resume this week with a deal needed by mid-November to allow time for ratification.

Talks have been stalled in recent months amid the coronavirus pandemic and the sticking points of a deal with both sides unwilling to compromise.

They will endeavour to bridge what the two sides have said are still significant differences regarding fishing quotas and the so-called level playing field trade competition rules. 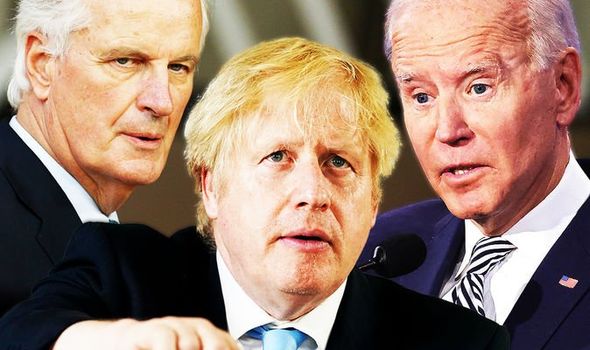 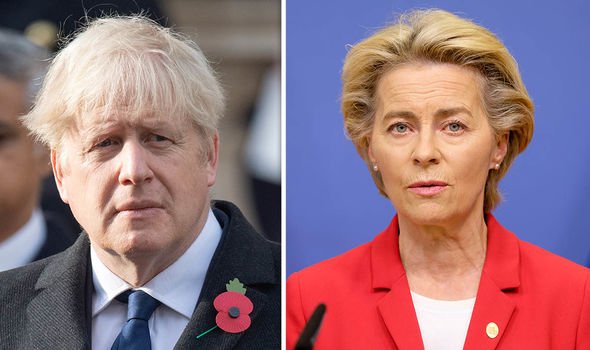 On Sunday, Mr Barnier arrived back in London where he said he was “very happy to be back”.

He added “work continues” on securing a deal before the deadline for a deal arrives.

Mr Barnier added a good Brexit deal is needed owing to the terror threat in Europe.

The terrorism threat in the UK was upgraded to severe last week after the terror attack in Vienna and a string of violent incidents in France. 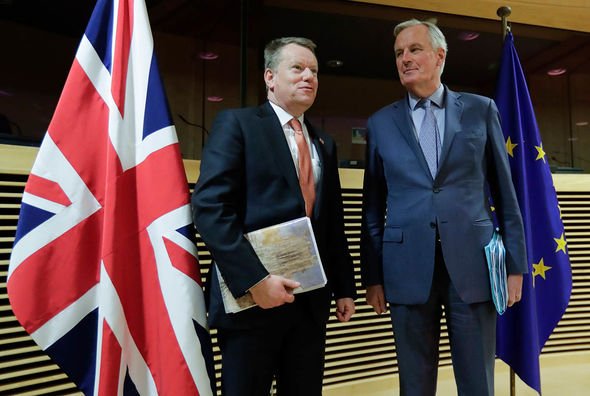 Ahead of trade talks this week, Prime Minister Boris Johnson insisted the EU deal is within reach as Mr Barnier arrived in London.

He said: “I’ve always been a great enthusiast for a trade deal with our European friends and partners.

“I think it’s there to be done, the broad outlines are pretty clear. We just need to get on and do it if we can.

“And I said that to Ursula Von der Leyen just yesterday. And she totally agrees with me.” 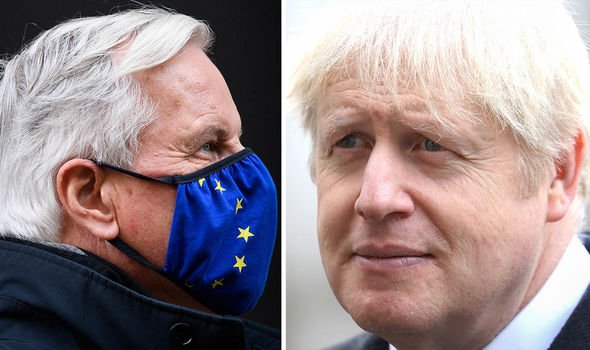 The main obstacles and sticking points to securing a deal are the fair competition rules and fisheries.

The EU’s Common Fisheries Policy (CFP) means the fishing fleets of all UK and EU countries have full access to each other’s waters, except for 12 nautical miles out from the coast, but this would change with Britain’s departure.

The level playing field or competition rules sticking point relates to a set of common rules and standards which prevent companies in one country from getting a competitive advantage over those operating in other countries.

Following a telephone call with Mr Johnson on Saturday, European Commission President von der Leyen said some progress had been made in recent weeks.

She said, however, “large differences” remained over the question of fishing rights from 2021, regulations of workers’ rights, environmental protection, and fair competition rules. 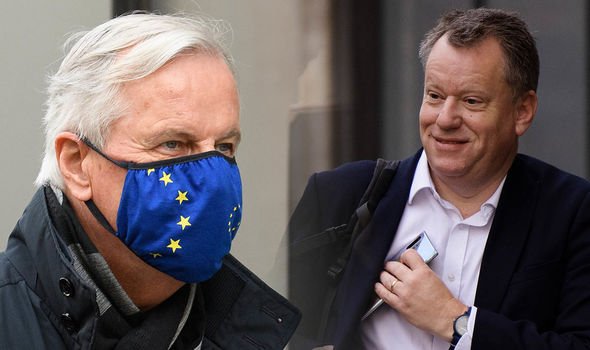 The new president-elect Joe Biden, who became the projected winner of the US election, is expected to make a call to Emmanuel Macron and Angela Merkel before he speaks with the UK PM.

The president-elect is expected to make his views about the controversial Brexit bill and the risk it poses to the Good Friday Agreement clear.

“Any trade deal between the US and UK must be contingent upon respect for the Agreement and preventing the return of a hard border. Period.”

Mr Biden warned he would never sign a trade deal with the UK unless key clauses in the bill were removed.

The Internal Market Bill is a “Bill introduced to protect trade and jobs across the UK by preventing new burdens on business when the Transition Period ends”, according to Gov.uk.

The Bill, introduced on September 9, seeks to transfer powers from the European Union to the UK at the end of the transition period.

The bill is due to be amended in the House of Lords this afternoon.

Given the outcome of the US election, Mr Johnson now faces a dilemma of whether to commit his Government to reinstate the controversial clauses in the House Of Commons and risking a row with Mr Biden.

Bikes could take over one lane on Auckland Harbour Bridge