Brexit: EU 'under pressure' to be 'friendlier' to UK says de Lucy

Lord Frost met with his EU counterpart Vice President Šefčovič in Brussels last night for crunch talks on the implementation of the Brexit withdrawal agreement. The UK left the European Commission outraged last month when it unilaterally delayed the introduction of some customs checks on goods travelling from Britain to Northern Ireland.

Under the Northern Ireland Protocol as part of the withdrawal deal, Britain agreed to some light touch checks on exports across the Irish Sea to avoid a hard border on the island of Ireland.

Checks were delayed until September by the Government in order to give businesses more time to adapt to the changes, with fears of disruption to trade if they had been introduced at the start of April as originally agreed.

Following last night’s meeting, a UK Government spokesman said the UK and EU had held “constructive” talks and on how to overcome frictions with the Protocol.

They said: “They reviewed the situation as regards the Protocol on Ireland / Northern Ireland in a constructive atmosphere. 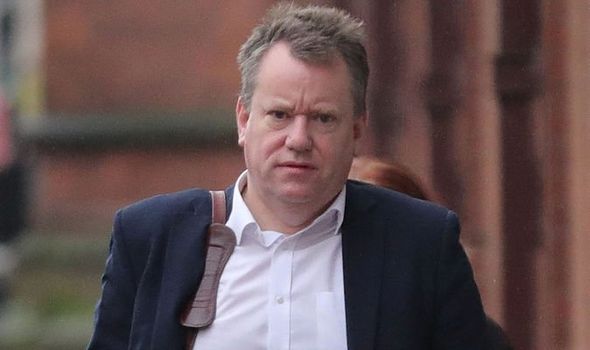 “Lord Frost said that the intensive discussions between the Co-Chairs of the Specialised Committee on the Protocol on Ireland / Northern Ireland in recent weeks had begun to clarify the outstanding issues, and some positive momentum had been established.

“But a number of difficult issues remained and it was important to continue to discuss them.

“He agreed there should be intensified contacts at all levels in the coming weeks.”

The European Parliament has also refused to ratify the Brexit trade deal, which has been provisionally applied since January, following the row.

It said it would not set a date until it had more information from the UK on its intention for pragmatic yet full implementation” of the Northern Ireland Protocol.

Family divided by war could face each other on battlefield