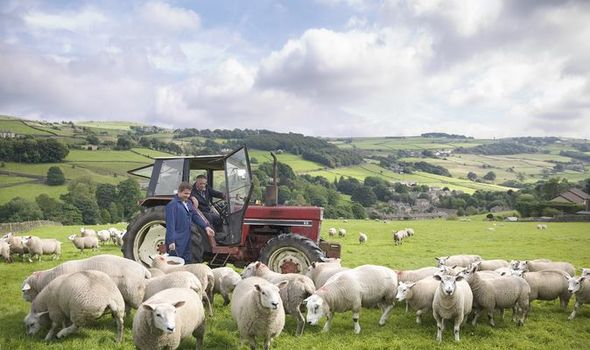 The public accounts committee sounds the alarm bell today about the system to replace the EU’s controversial Common Agricultural Policy (CAP). Sir Geoffrey Clifton-Brown, deputy chairman of the committee, warned: “The recent energy price crisis should be a salutary warning of the potential risks to the availability and affordability of food if the UK becomes even more reliant on food imports.”

The committee is concerned that the Department for Environment, Food & Rural Affairs (Defra) has not stated how post-Brexit changes to farming will not “simply result in more food being imported”.

The National Farmers’ Union fears the country could “end up increasing imports of food produced to lower environmental standards”. The Westminster watchdog says that Defra has given no detail about how it expects increases in productivity or environmental benefits will become reality.

It claims that farmers have not had the information they need to make plans and have been hit with “anxiety” which is “exacerbated by a historic lack of trust caused by the Department’s past failures in managing farm payments”.

For more than 40 years, farms received subsidies through CAP, with England’s farmers getting around £2.4billion a year. Defra’s post-Brexit “future farming and countryside programme” will focus on a range of goals including improving the environment, protecting the countryside and boosting productivity and animal welfare.

The new Environmental Land Management (ELM) scheme, due for a full launch in 2024, will pay farmers for what they do to improve the environment – but there is deep concern in the farming community about how it will work and the MPs warn that Defra has not shown how the £2.4billion a year it plans to spend on agricultural schemes will provide value for money.

Deputy chairman Sir Geoffrey said: “We have known we were replacing the CAP since 2016 and still we see no clear plans, objectives or communications with those at the sharp end – farmers – in this multi-billion pound, radical overhaul of the way land is used and, more crucially, food is produced in this country.

“Farmers, especially the next generation of farmers who we will depend on to achieve our combined food production and environmental goals, have been left in the dark and it is simply wrong that Defra’s own failures of business planning should knock on to undermine the certainty crucial to a critical national sector.

“[Without] subsidies the average farm in England makes a net profit of just £22,800 a year including all labour and investment in businesses. The fear therefore for small and tenant farms who are operating on wafer-thin margins is that many will go out of business and the average size of farms will increase and some of the environmental benefits of ELMs will be lost.”

Tom Bradshaw, vice president of the National Farmers’ Union, said: “Farmers in England are extremely concerned about the development of ELMs and this report [should] serve as a wake-up call to the government.”

He warned that the “lack of information, at the exact time direct payments from current support schemes are being phased out, leaves farmers in an untenable position”.

He said: “There are incredibly limited options for upland farmers, who stand to lose far more support than they will gain from new measures announced so far, and it’s not clear how accessible it will be for tenant farmers, who are responsible for managing over a third of the land.”

Environment Secretary George Eustice said: “We disagree with many of the points made by the Committee which fail to take account of recent developments. Farm incomes have improved significantly since the UK voted to leave the EU in 2016 and there will never be a better time to improve the way we reward farmers.

“In December, I set out comprehensive details of the Sustainable Farming Incentive including full payment rates and we published an in-depth analysis of UK food security and agricultural output. In the past week we’ve shared further details of the Local Nature Recovery and Landscape Recovery schemes and announced a major increase in payment rates for those farmers involved in existing agri-environment schemes.”

Coronavirus is here ‘for the foreseeable future’, Tony Blair warns

EU let in via back door! Fury at ‘operation creep’ plot to give MEPs say on Brexit Britain