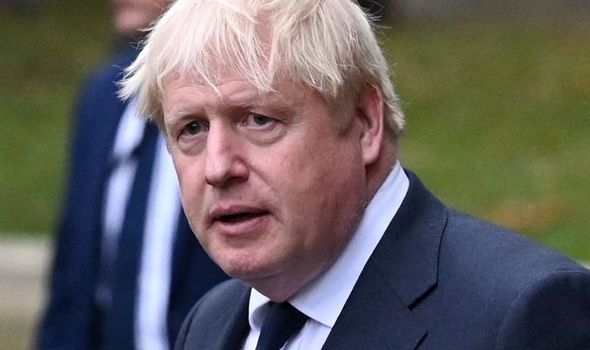 Foreign Secretary Liz Truss yesterday joined the Prime Minister and Chancellor Rishi Sunak in insisting the 1.25% increase in the levy must go ahead as planned in April.

They said the cash is needed to help fund the NHS and social care system if the Government is to have any hope of delivering tax cuts before the next election.

She spoke out after Mr Johnson and Mr Sunak made a joint declaration of their support for the measure.

It means the three most senior figures in the Cabinet – including the two ministers seen as leading future Tory leadership candidates – have publicly stated their support for the tax hike in the face of backbench demands of a rethink.

In a BBC interview yesterday, Ms Truss said: “There are various arguments for various different sorts of taxes and as I’ve said, no tax is popular.

“This is why it’s vital that we get the economy growing, we take advantage of those post-Brexit freedoms.

“But what the Chancellor has to do when he looks at the Budget is he has to look at all of the tax options in the round and come to the best decision.”

She added: “This tax has been designed to deliver the improvements that are needed to the National Health Service and to social care.

“We want to see the economy grow. We want to take full advantage of our post-Brexit freedoms to do things like improve regulation areas like financial services so we can grow the economy.

“And the Prime Minister has been very forward, leading on covid, taking decisions other governments didn’t take, opening up the economy early, and we are seeing the positive results.

“So we’re seeing employment higher now than it was before the pandemic. And that is ultimately the way that we are doing to save the NHS.”

She spoke out after Mr Johnson and Mr Sunak declared themselves still to be “tax-cutting Conservatives” and “Thatcherites” despite the National Insurance hike.

In a joint newspaper article, the pair insisted the extra cash is urgently needed to tackle the NHS waiting lists left by the covid pandemic.

They wrote: “We must clear the backlogs with our health and social care plan, and now is the time to stick to it.

“We must go ahead with the health and care levy. It is progressive: the burden falls most on those who can most afford it.

“Every penny of that £39 billion will go on crucial objectives including nine million more checks, scans and operations, and 50,000 more nurses, as well as boosting social care.

“We are tax-cutting Conservatives. We believe people are the best judges of how to spend their money. We want to get through this phase and get on with our agenda, taking advantage of our post- Brexit freedoms to turn the UK into the enterprise centre of the world. We want lighter, better, simpler regulation, especially in those new technologies where the UK excels.

“We are Thatcherites, in the sense that we believe in sound money. There is no magic money tree.”

Despite the united front at the top of the Cabinet, concern was still growing about the rising tax burden yesterday.

Research from the TaxPayers’ Alliance pressure group showed the average household now faces paying a total of £1million over the course of a lifetime.

While household incomes have increased, the lifetime tax has almost doubled in real terms from the amount of tax the average household paid in 1977, the campaign group said.

John O’Connell, chief executive of the TaxPayers’ Alliance, said: “With the tax burden at a 70 year high, typical families are now tax millionaires.

“Taxpayers already toiling half their working lives just to pay off the taxman cannot be asked to endure any further crippling tax hikes.

“Planned rises, like the National Insurance hikes, must be scrapped.”

He said: “I agree with the government that we need the money for the National Health Service and social care, there is an umbilical cord between the British people and the NHS and they want that money spent.

“I also agree that we shouldn’t borrow to pay for this because all that does is defer tax rises and also puts pressure on interest rates.

“What I am just asking the Government to do is to go back to the drawing board and look at how they raise that money and I’ve suggested that the government looks at windfall taxes on big business, particularly oil companies for example, who have been raking it in over the last couple of years and perhaps increase Capital Gains Tax as well so that we can raise those funds for the NHS without hitting low-income workers.”

Opinion | China Won’t Bury Us, Either

Brexit victory: Trump to remove trade tariffs on UK – as France and Germany foot the bill

What We Know About the Election From Early Voting