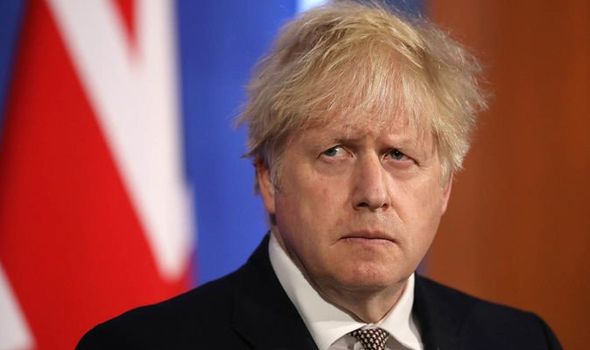 Mr Cummings also claimed the PM is plotting to quit after the next general election because “he wants to make money and have fun”. Tories slammed the claims as “nonsense”, with one pleading: “Can we just get on and beat Covid now please?”

Officials insist the PM has “full confidence” in Mr Hancock despite the claims.

Mr Cummings, who was ousted from Number 10 last November, yesterday published an image of the WhatsApp message on the internet alongside a scathing 7,000-word blog post savaging the Government’s ­handling of the pandemic.

The aide also accused Mr Hancock and Downing Street of trying to “rewrite ­history” about the “failures” in tackling
the pandemic.

The spokesman declined to be drawn on whether the Government will investigate the former aide’s publication of private documents or take legal action about any possible breach of Whitehall rules. 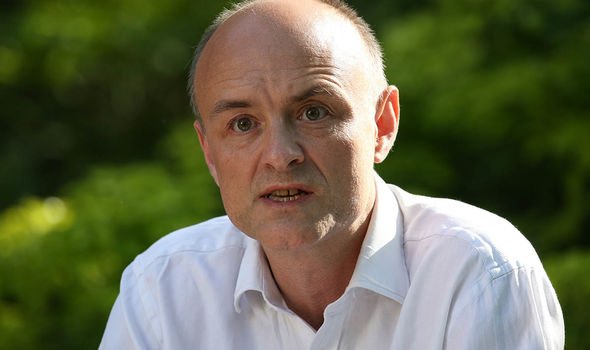 Tory MPs last night said Mr Cummings had not provided any evidence of his claims of failure and urged the Government to focus on tackling Covid.

Tory backbencher Andrew Bowie tweeted: “Cummings said he had evidence. All I see are messages between two ­supposed friends and colleagues in a clearly difficult and exasperating time for all in Government.

“Can we just get on and beat Covid now please?”

She said Mr Cummings was “sharing screenshots of private WhatsApp” but had “failed to produce any evidence” to MPs to substantiate his claims.

She added: “While the PM and Matt Hancock are still working to fight Covid, Dom is charging for access to his new newsletter.”

Mr Hancock was questioned about the allegations yesterday. The Health Secretary, wearing a mask and sitting in the rear of his ministerial car, was bluntly asked: “Are you hopeless?” He responded: “I don’t think so.”

A source close to the Health Secretary said Mr Cummings has still not backed up his “unsubstantiated suggestions”.

The source said: “No evidence has been provided today. The Secretary of State addressed these issues at the select ­committee. He will continue to work closely with the Prime Minister to roll out the vaccine and get us out of this pandemic as quickly as possible.”

Mr Cummings’s latest outburst yesterday followed his string of allegations during a seven-hour evidence session before a Commons committee three weeks ago. 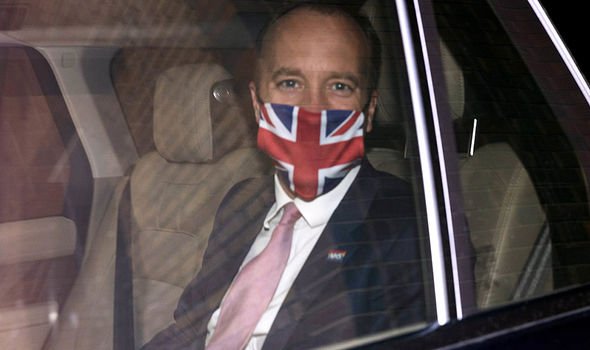 He also claimed the PM repeatedly denounced Mr Hancock as “hopeless” and threatened to sack him and replace him with Michael Gove.

The blog showed an apparent WhatsApp text from March 27 last year in which Mr Cummings criticised the Health Secretary for failing to accelerate testing.

An image showed a reply apparently from the PM saying: “Totally ******* hopeless.”

Mr Cummings claimed Mr Johnson, in a separate conversation about problems procuring Personal Protective Equipment for NHS staff, told him: “It’s Hancock. He has been hopeless.”

Mr Johnson’s spokesman refused to confirm or deny the authenticity of the WhatsApp message.

He said: “Our focus is not examining those specific images but delivering on the public’s priorities.

“I don’t plan to get into the detail of what’s been published.”

Asked if the PM called Mr Hancock “hopeless”, the spokesman said: “I’m not planning to engage with every allegation put forward. The Prime Minister worked very closely with the Health Secretary throughout and continues to do so.”

He said: “Matt Hancock has had an extremely impressive performance in terms of delivery.

What now for Boris Johnson? Four scenarios as PM refused to resign

Wheelchair-bound man ‘beat up and robbed horrified tourist’ in Majorca