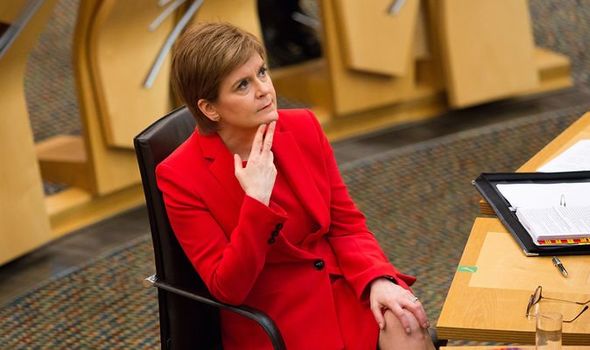 In a letter to the First Minister, Secretary of State for Scotland Alister Jack offered “the UK Government’s full support in rolling out the vaccination programme”.

He said it was in “everyone’s interests that progress in vaccinating the people of Scotland matches the best efforts of the rest of the UK”.

Scotland has vaccinated fewer people as a proportion of the population than any other UK nation – something the Scottish Government has claimed was due to prioritising care homes.

However, in England, all older resident of care homes have now been offered a jab, while some north of the border are still waiting to be vaccinated.

Poland on the brink: Anti-Brussels government set to collapse after Deputy PM sacked