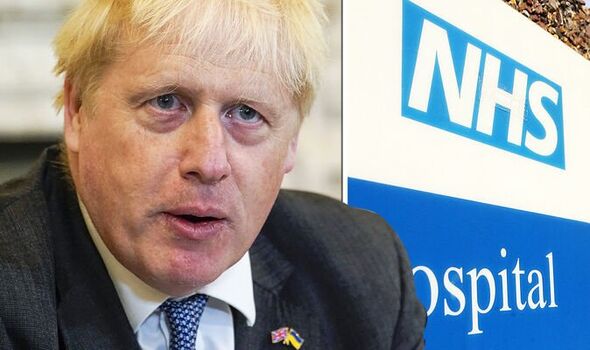 The Prime Minister had a “routine” operation on the NHS in London shortly after 6am.

Few details were given by No10 about the hospital appointment, with officials eager to keep Mr Johnson’s health private.

However, his official spokesman confirmed he was unconscious for a “relatively brief period of time” after being placed under general anaesthetic.

He added that the “very minor” operation was “related to his sinuses”.

The spokesperson said: “He went to hospital around 6am and the operation was carried out first thing this morning.

“He was back in Downing Street shortly after 10am.”

With Mr Johnson recovering from his treatment, Deputy Prime Minister Dominic Raab has been asked to step up.

“We have a Deputy Prime Minister who was aware of this in advance and the Cabinet Secretary was also aware,” the Prime Minister’s spokesman said.

“Should signifcant decisions need to be made, that would be for the Deputy Prime Minister at the moment.”

It is unlikely Mr Raab will be called upon but should any decisions on national security or other matters that may arise, he will be consulted along with the Cabinet Secretary on the best action to take.

Mr Johnson will take back the reigns of Government tomorrow morning when he is still expected to chair the Cabinet.

His plans to travel to a Commonwealth summit in Rwanda later this week are also unaffected by the operation.

Mr Raab was last asked to deputise for Mr Johnson in the spring of 2020 when he was rushed to hospital suffering from Covid.

The Prime Minister spent a number of days in intensive care where he received oxygen treatment.

On that occasion, Mr Raab was in charge for 20 days while his boss recuperated.

Mr Johnson’s sinus issue is understood to not relate to his Covid illness in 2020.

Black Rod: What or who is the Black Rod? The bizarre tradition