The Conservatives moved three points ahead of Labour as their successful mass Covid-19 inoculation programme continues to garner praise across the board and brings hope of an end to lockdown restrictions. The Opinium poll for the Observer puts the Tories on 41 percent, up four percentage points from two weeks ago, and Labour down three points on 38 percent. The Liberal Democrats are on seven percent, Nicola Sturgeon’s SNP is on 5 percent and Plaid Cymru on four percent.

The latest polling figures will come as serious body blow to Sir Keir and are bound to raise questions about why the party’s progress appears to have stalled so badly under his leadership.

Labour officials were hoping to see the party surge ahead of the Tories with the country in the grip of a third coronavirus lockdown, the Covid-19 death toll passing the 100,000 mark and early signs of travel and trade disruption because of Mr Johnson’s Brexit deal.

But Mr Johnson and the Conservatives appear to be on the up again thanks mainly to Britain’s vaccine success story which began with a highly-effective drug being developed in record time by a team of brilliant scientists and researchers at Oxford University. 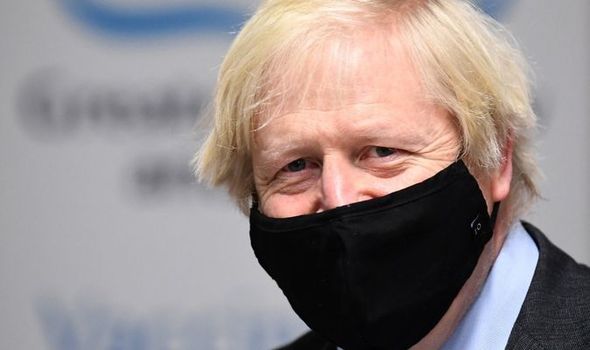 The vaccine was swiftly approved by UK medicines regulators and then deftly delivered in a remarkable mass vaccination programme which has so far seen 11 percent of the population receive jabs from an army of doctors, nurses, pharmacists and volunteers in a range of special centres set up across the country in a variety of venues from football stadiums to local chemist shops.

Ministers have expressed confidence the Government will hit its target of vaccinating the 15 million most vulnerable individuals in the UK by mid-February. 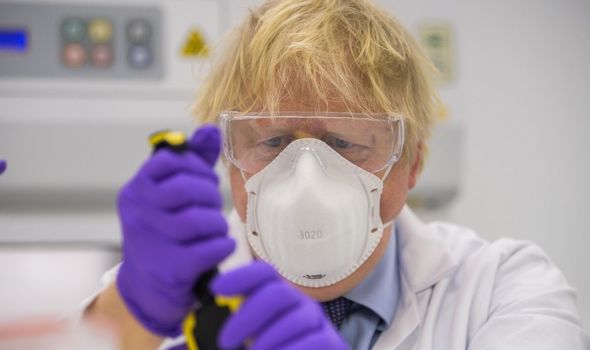 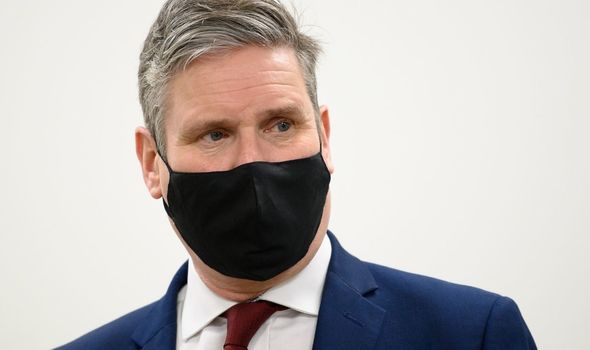 Mr Johnson has also returned to the lead when voters were asked who would be the best prime minister.

The poll showed 33 percent would pick Mr Johnson, an increase of three points, while 29 percent think Sir Keir would make the best leader, down three points from last time.

The early stages of the coronavirus pandemic last spring saw Mr Johnson and the Tories pull clear of Labour as the country rallied behind the Government in a time of crisis.

But after the Tory lead over Labour peaked at 26 points in late March, Labour gradually clawed its way back after Sir Keir replaced Jeremy Corbyn as leader in April and the Cabinet appeared to be losing the battle to control Covid-19.

The two main parties were neck and neck by August and have swapped the lead several times since then.

Mr Johnson has said he was “very confident” in the security of the UK’s supply of coronavirus vaccines regardless of “the toings and froings” in the European Union.

The Prime Minister said we “will continue to take steps to protect” the deliveries, in his first public comments since Brussels briefly overrode part of the Brexit deal on Northern Ireland to impose export controls on jabs.

His comments came after ministers agreed to a “reset” in relations with the EU after the bloc’s widely-criticised move that came as it battles to solve supply shortages from pharmaceutical giant AstraZeneca.

DON’T MISS
Labour’s Angela Rayner claimed £1,600 on 23 first-class rail tickets[SPOTLIGHT]
Keir Starmer looks like a man floundering in the mire[COMMENT]
Starmer faces backlash as Labour insider admits ‘we are at the bottom'[INSIGHT] 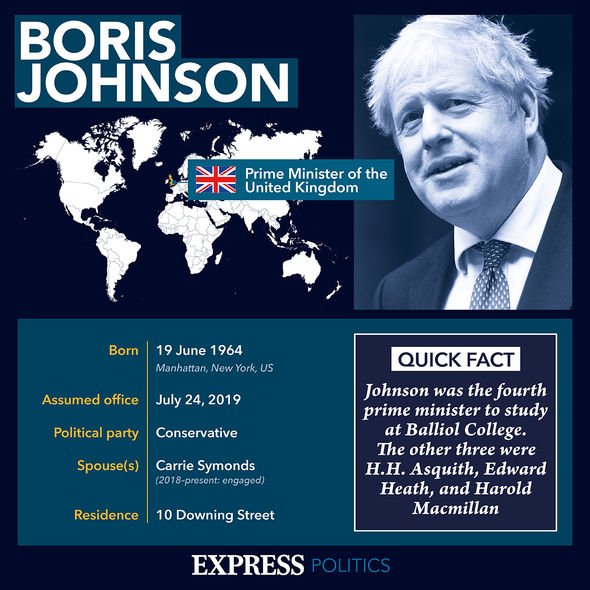 In a video from No 10 filmed today, Mr Johnson assured a member of the public who raised concerns over whether she will get her follow-up shot of the Belgian-made Pfizer vaccine that “we’re very confident that we will be able to give you your second dose”.

He said: “You will have seen all this stuff in the papers about our friends across the Channel and disputes with them.

“All I would say is whatever the toings and froings there, we’re very confident in our security of supply.

“We will continue to take steps to protect the UK’s security of supply and also to ensure that we ramp up our own manufacturing.”

Why Hungary and Poland are a major headache for Brussels – analysis