Johnson: Indian variant could pose ‘disruption’ to Step 4 in June

The Prime Minister said he wanted to level with the public about the “serious disruption” the new strain could have for lifting the final restrictions next month. But the rule changes on Monday, which allow household ­mixing and indoor socialising, will still go ahead. At a Downing Street press conference yesterday, Mr Johnson said if the Indian variant proves to be “significantly more transmissible” than other strains, “we’re likely to face some hard choices”.

He added: “I do not believe that we need, on the present evidence, to delay our roadmap, and we will proceed with our plan to move to Step Three in England from Monday.

“But I have to level with you that this new variant could pose a serious disruption to our progress and could make it more difficult to move to Step Four in June.”

The Government said four ­people had died from the Indian variant as of May 12 with more than 1,000 confirmed cases, mainly in the North-west.

A downbeat Mr Johnson said he does not think it is “impossible” to go ahead with Step Four.

“I don’t think that’s the case at all. But it does now mean there’s the risk of disruption and delay, and delay to that ambition, and we have to be utterly realistic about that.”

The Scientific Advisory Group for Emergencies (Sage) warned there is a “realistic possibility” that the Indian variant could be as much as “50 per cent more transmissible” than the Kent strain. 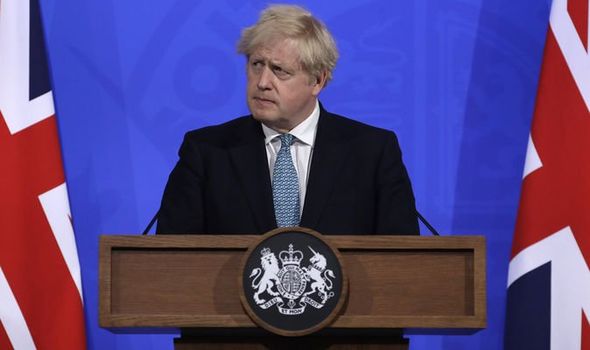 Mr Johnson said: “I’m told that if it is only marginally more transmissible we can continue more or less as planned but if the variant is significantly more transmissible we’re likely to face some hard choices.” He insisted there is “no evidence to suggest that our vaccines will be less effective in protecting people against severe illness and hospitalisation”.

But second doses of the vaccine will be speeded up for the over-50s so they get them eight weeks after the first jab, and not 12.

And anyone over 40 who has not yet been vaccinated will be put to the top of the queue.

So far, 55.4 million jabs have been given, with 36.1 million first doses and ­19.3 million second doses. Mr Johnson said: “The race between our vaccination programme and the virus may be about to become a great deal tighter and it’s more important than ever that people get the ­protection of a second dose.”

In Blackburn and Bolton, where cases of the Indian variant have surged, the Army is being sent in to help hand out tests. Vaccination centres will also open for longer.

The variant is now in at least ­15 areas of England. Local councils and health officials are working to contain it through surge testing.From Monday, people in England will still be able to meet outdoors in groups of up to 30, and indoors in groups of six, or two households.

Pubs and restaurants will be able to serve customers indoors, and cinemas, museums, theatres and concert halls can reopen.

Sunseekers will also be able to travel to “green list” countries without having to quarantine on their return.

Mr Johnson urged the public to be “cautious” and said: “If you’re seeing loved ones, think really carefully about the risk to them, especially if they haven’t had that second dose or ­ if it hasn’t yet had time to take full effect. 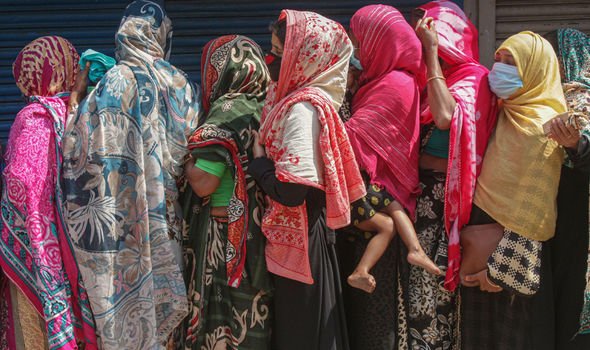 “I want us to trust people to be responsible, and to do the right thing. That’s the way to live with this virus while protecting the NHS and restoring our freedoms.

“It’s very clear now we’re going to have to live with this new variant of the virus for some time, so let’s work together and ­ let’s exercise caution and common sense.”

He also asked people to “think twice” about travelling to areas with higher incidences of the Indian variant and staying with family and friends in those areas.

The Prime Minister said: “We want people in those areas to recognise that there is extra risk, an extra threat ­ of ­disruption to progress caused by this new variant and just to exercise their discretion and judgment in a way I’m sure that they have been throughout this pandemic.” 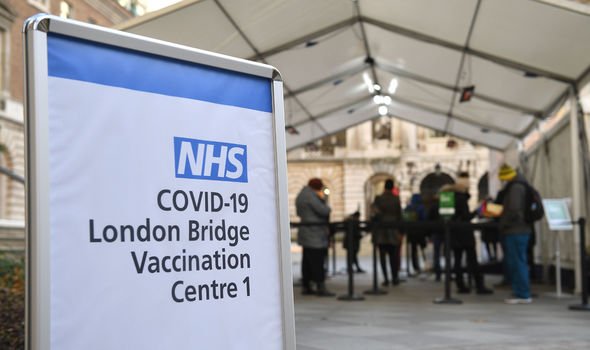 There was some brighter news from Chief Medical Officer Professor Chris Whitty, who said the number of people testing positive for Covid-19 is “on a steady downward path and is stable” overall.

He added that he did not expect delays to the vaccination programme for younger people.

MPs fight back as judicial cases block House of Commons