WASHINGTON (Reuters) – A resurgent Joe Biden rode a wave of momentum to win at least eight states on Super Tuesday and Bernie Sanders was leading in the biggest race in California, setting up a one-on-one battle for the Democratic presidential nomination.

In a surprisingly strong showing, Biden rolled to victories across the South, Midwest and New England on the biggest day of voting in the Democratic campaign. Americans in 14 states cast ballots for a challenger to Republican President Donald Trump in the Nov. 3 election.

(Get all the Super Tuesday action: here)

“For those who have been knocked down, counted out, left behind, this is your campaign,” said Biden, the former vice president who had performed poorly in the first three nominating contests but broke through with a win in South Carolina.

“We are very much alive,” he told roaring supporters in Los Angeles.

Sanders, the one-time front-runner who had hoped to take a big step toward the nomination on Tuesday, won Colorado, Utah and his home state of Vermont, Edison Research said.

Fox News and AP projected Sanders won California, whose 415 delegates represent the largest haul in the nominating contest. But Edison Research and other networks held off declaring a winner as results trickled in.

The second biggest prize Texas and Maine were too close to call. Sanders was slightly trailing Biden in Texas, a state he had heavily invested in and had hoped to win given its sizeable Latino population.

It was a spectacular turn of events for Biden, whose campaign was on life support after poor showings in Iowa and New Hampshire. Until a week ago he trailed Sanders in most state and national polls.

Biden’s blowout win in South Carolina on Saturday provided a burst of new momentum, fueling a wave of endorsements from elected Democratic officials and former presidential rivals including Pete Buttigieg, a former mayor, and U.S. Senator Amy Klobuchar of Minnesota before voting began on Super Tuesday.

ONE THIRD UP FOR GRABS

More than one-third of the delegates who will pick the eventual nominee at a July convention were up for grabs in the primaries on Tuesday, which provided some clarity at last in a muddled race for the White House.

The results also left Michael Bloomberg, the billionaire former New York mayor who spent more than half a billion dollars on advertising, largely out of the running, with his only victory coming in the U.S. territory of American Samoa.

Bloomberg campaign officials said he would reassess whether to stay in the race on Wednesday, but they said that did not mean he would drop out.

Without naming him, Sanders took direct aim at Biden during a rally with supporters in Vermont, criticizing his 2002 vote to authorize the war in Iraq and his support for global trade deals that Sanders opposed. 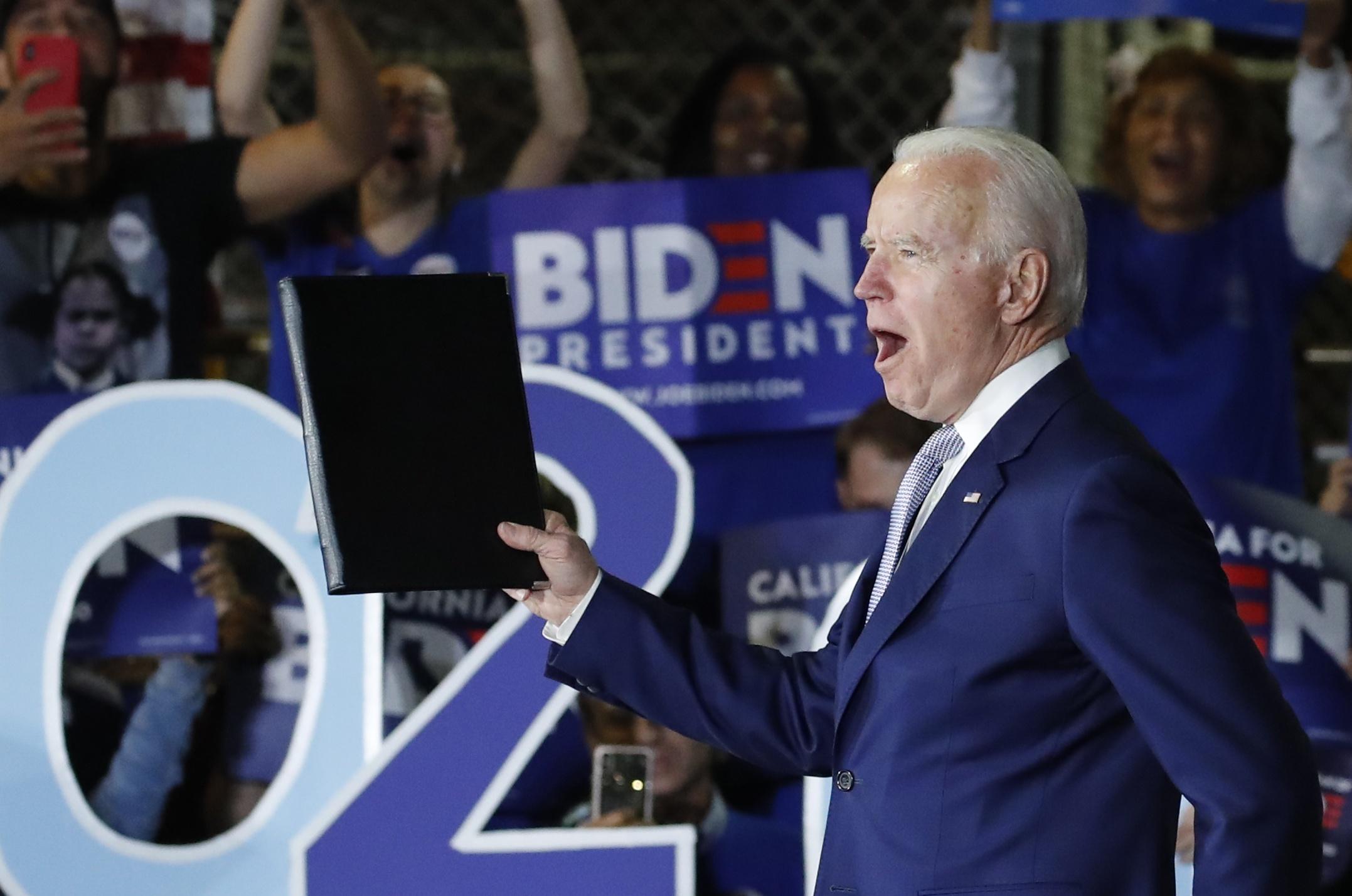 “We’re going to win the Democratic nomination and we are going to defeat the most dangerous president in the history of this country,” Sanders said.

Biden accomplished his main Super Tuesday goal of muscling aside Bloomberg and consolidating support from moderates to turn the race into a one-on-one contest against Sanders.

His showing was further fueled by strong support among a older people, college graduates and those who considered themselves liberal or moderate.

Sanders countered with a strong showing among Latinos, young people and white men, helping him to wins in the West.

The results were disappointing for U.S. Senator Elizabeth Warren, who finished well behind Sanders and Biden in most states and trailed them in her home state of Massachusetts.

Bloomberg was a wild card heading into the voting, as he joined the competition for the first time. He was winning more than 15% of the vote, enough to pick up some delegates, in Tennessee, Texas, Colorado, Utah, California and Arkansas.

The moderate Bloomberg skipped the first four contests and bombarded Super Tuesday and later voting states with ads, but saw his poll numbers slip after coming under fire during Democratic debates over past comments criticized as sexist and a policing policy he employed as New York’s mayor seen as racially discriminatory.

Biden is hoping to build a bridge between progressive Democrats’ desire for big structural change and more moderate Democrats yearning for a candidate who will be able to win over enough independents and Republicans to oust Trump.

That effort gained fresh momentum on the eve of Tuesday’s voting as moderates Buttigieg and Klobuchar endorsed Biden after withdrawing from the race. 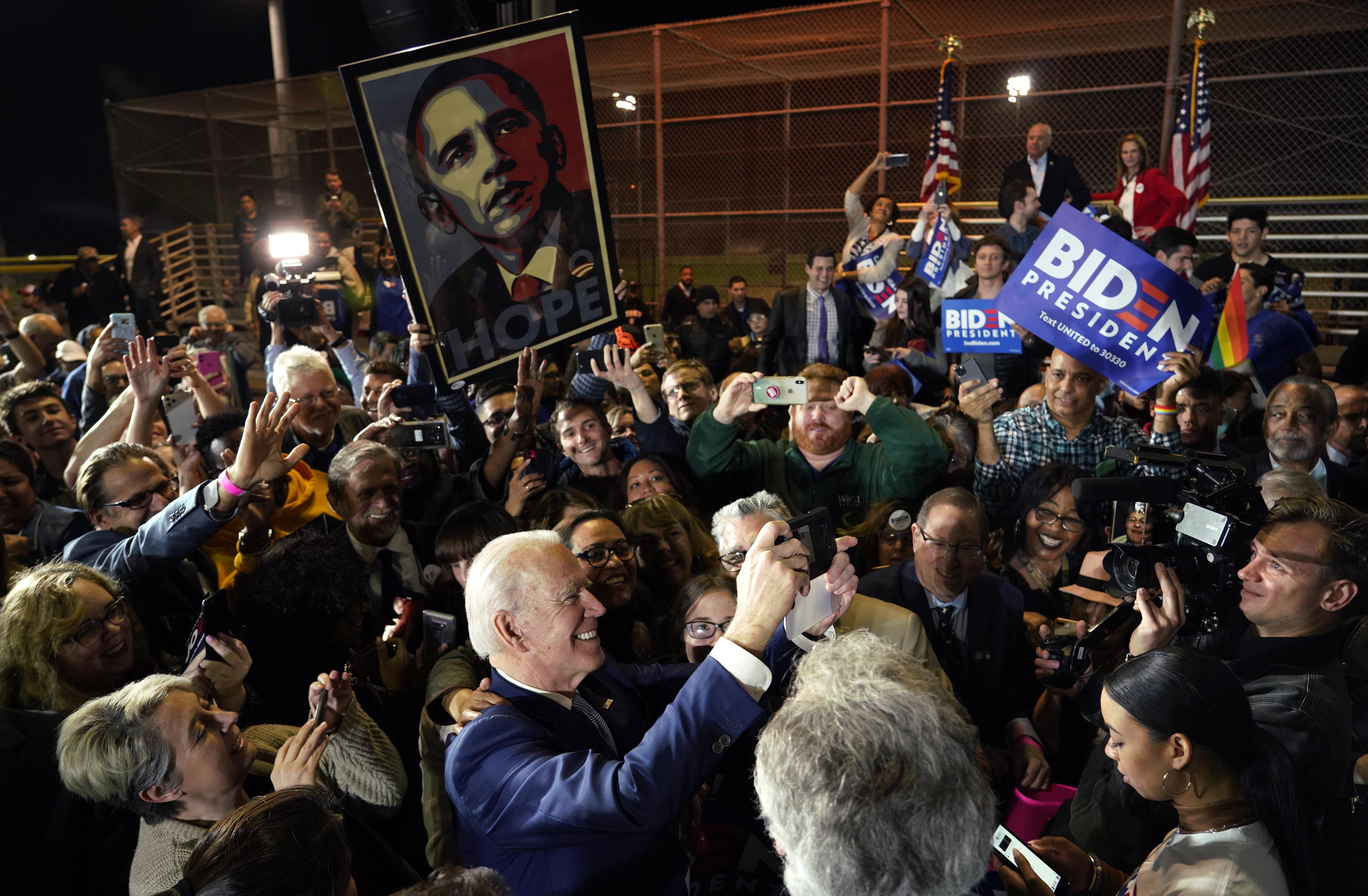 Biden pulled off his victories despite being vastly outspent on ads by Bloomberg, who had spent $377 million on ads by Feb. 23, and Sanders, who spent $20 million. Biden spent $4.7 million during the same period, according to the Wesleyan Media Project, which tracks ad spending and content.

The pace of the Democratic race begins to accelerate after Super Tuesday, with 11 more states voting by the end of March. By then, nearly two-thirds of the delegates will have been allotted.

The next contests, on March 10, will be in Idaho, Michigan, Mississippi, Missouri, North Dakota and Washington state.

Does Trump have power to pardon himself? It’s complicated. – The Denver Post