Tory leadership: We ask the public's opinion on Tory contest

Conservative MPs were frustrated by the debate’s format, complaining that too much air time was given to the audience and the BBC’s own journalists.

Chelsea and Fulham MP Greg Hands said last night: “Why has the BBC turned a head-to-head candidates debate into another version of Question Time? 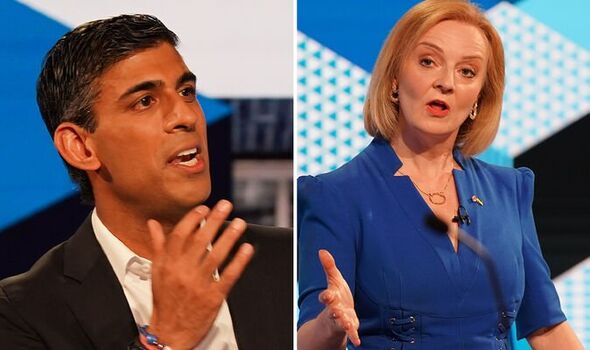 “Less time to hear from the candidates, alas.”

Meanwhile, others accused the broadcaster of deliberately attempting to pit the rivals against each other.

One Tory parliamentarian told Express.co.uk: “That question near the end about what did their opponent need to change about themselves. Was that really necessary?

“I think we’d all rather hear what they have to say on inflation and taxes than what they think of each other.”

Sophie Raworth asked: “I want you to address each other, you’ve both worked together in Government for a long time, you’ve sat around the Cabinet table you know each other well. 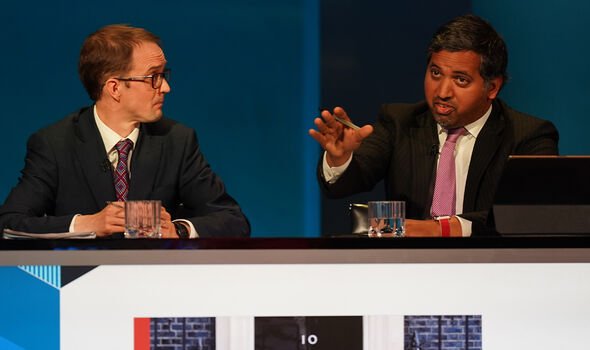 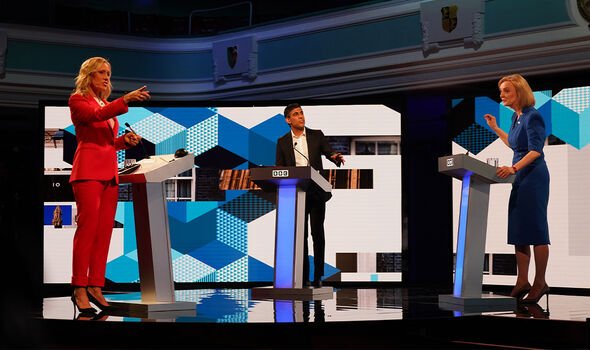 “Liz Truss, if you lose this contest and Rishi Sunak becomes the next Prime Minister, what quality does he need to work on in order to be the best possible Prime Minister?”

Ms Truss responded by saying the former Chancellor should be “bolder” in his vision for Britain and take more risks.

The same question was posed to him, Mr Sunak refused to engage.

He said: “You know, we had this in another debate, and I’m not going to do it again, because I have enormous respect and admiration for Liz.” 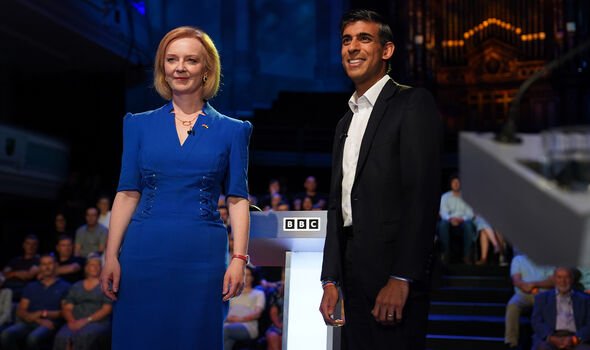 Despite his remarks, both candidates sent the hour on air tearing chunks out of each other.

Mr Sunak claimed there is “nothing Conservative” about Ms Truss’s economic approach and it would give the party “absolutely no chance” of winning the next election.

The Foreign Secretary in turn suggested her rival would lead the country into a recession and criticised him for increasing taxes to the “highest rate in 70 years”.

A snap poll by Opinium, based on a sample of 1,032 voters, found 39 percent believed Mr Sunak had performed best compared to 38 percent for Ms Truss.

Istanbul Convention: Protests as Turkey pulls out of international accord to protect women amid rising femicide