Campaigners are demanding a vote on the future of the funding model for the BBC. They want the public to be able to have their say on how the corporation should receive money beyond 2026 when the current royal charter, which sets out the BBC’s terms of operation, ends.

The fresh push for an end to the funding model comes in the same week as the TV licence fee turns 75.

In June 1946 the Government extended the radio licence fee to televisions, costing £2 a year.

Today households must cough up £159 a year to watch the BBC.

With the development of the internet and smart TVs, critics have been calling for an end to the current system. 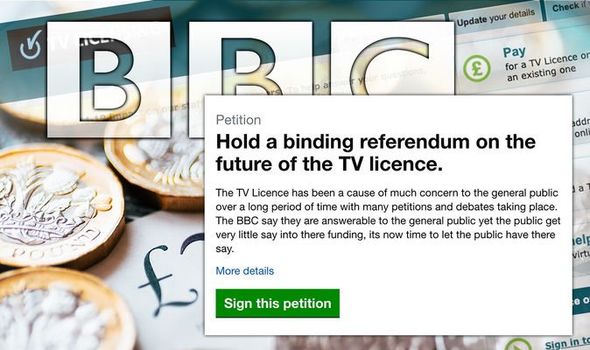 Instead, they want the BBC to be run in a similar way to Netflix and Amazon Prime.

“The BBC say they are answerable to the general public yet the public get very little say into their funding, it’s now time to let the public have their say.

“The Government should give the general public a binding referendum on the future of the TV Licence before the next royal charter.”

Those signing the petition are calling for the British public to be given a simple choice between seeing the funding model the same as it currently is, and changing to a subscription service allowed to raise funds via customers paying for access and through advertising.

Less than 72 hours after the appeal was launched 2,372 people have already backed the demands for a vote. 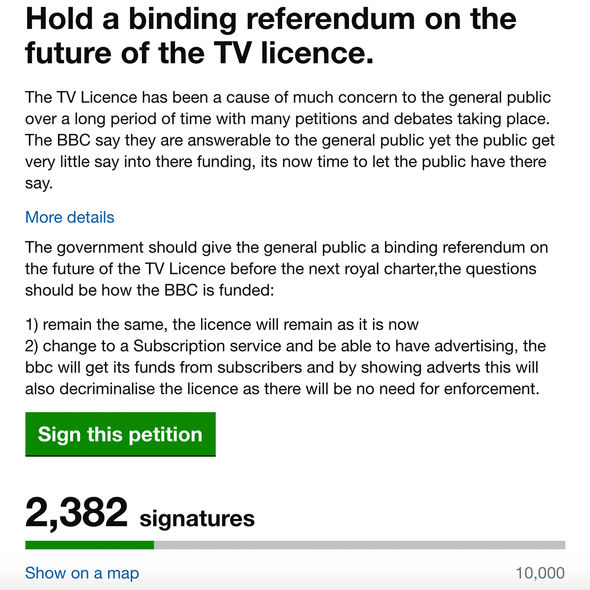 The Government is required to respond to all petitions which reach 10,000 signatures.

If 100,000 people put their name to the request it will be considered for debate in Parliament.

The launch of the petition comes after campaign group Defund the BBC told the Sunday Express last weekend that it was planning to force a referendum on the issue.

Rebecca Ryan, the group’s campaign director, said: “The BBC’s outrageous cover up of Martin Bashir’s deceit has really exposed the BBC for what it is: Arrogant, out of touch and beyond reform. 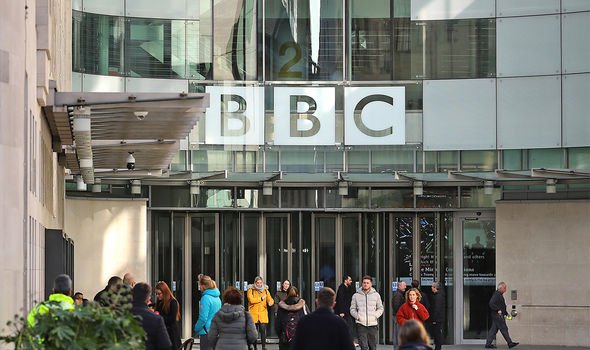 “The licence fee was introduced more than 70 years ago and recent polls show that more than half of Brits think the BBC is bad value.

“It is about time the British people had a say on whether they want to get rid of the licence fee.

“The British people voted to leave one bloated, out of touch institution in 2016.

“I am confident they will vote to leave another.

“Defund the BBC will now focus its efforts on securing and winning a referendum on this important issue.”

In March, a report by the Digital, Culture, Media and Sport (DCMS) select committee claimed there was no choice but for the licence fee to remain until at least 2036.

After carrying out an inquiry into the future of BBC funding MPs concluded the Government had “missed the boat” for reform by failing to invest in improving the broadband infrastructure necessary to facilitate change.

“However, the Government has missed the boat to reform it.

“Instead of coming up with a workable alternative, it has sealed its own fate through a failure to develop a broadband infrastructure that would allow serious consideration of other means to fund the BBC.”

US Supreme Court Justice Ruth Bader Ginsburg back to hospital

Biden to travel to Wisconsin on Thursday, campaign spokesman says