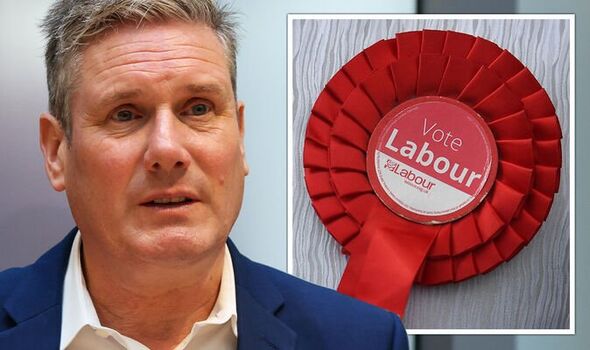 The Opposition party is facing financial ruin with the party treasurer’s report, logged with the electoral commission, showing it is operating at a significant loss.

It recorded a £4.8million deficit, caused by costs of staff redundancies, a drop in membership subscriptions, and ongoing legal battles.

In total more than 91,000 Britons ripped up their membership cards last year.

Labour saw the money raised from subscriptions drop by over £3million as a result of the exodus, with the party raising about £16.1million in fees last year, compared with £19.3million in 2020.

The new accounts have been published at the same time Sir Keir has been warned of further financial blows in the months ahead.

Trade union barons have threatened to withhold cash from the party if the leader does not U-turn on his ban on his top team from joining striking workers on picket lines.

Around £10million has been handed to Labour from unions since he became leader.

The loss of the money would have a devastating impact on the party’s budget for campaigning in the next general election.

While You Were Sleeping: 5 stories you might have missed, April 5