The video, produced and narrated by Robert the Bruce actor Angus Macfadyen, talks about “breaking the spine of English superiority” in reference to the Battle of Bannockburn in 1314. Describing Bruce’s defeat over Edward II’s forces, the Braveheart star describes “the forces of freedom” being “vastly outnumbered by those of the oppressor”. The film which has been viewed more than 195,000 times on social media concludes with Macfadyen’s saying: “I know. I was there.

“I am the Bruce. And here and now people power will prevail again. Alba will unite the clans.”

But the clip sparked a fierce backlash amid accusations it amounted to a “dog whistle” attack on the English.

Another actor, David Paisley, who played Robert the Bruce in BBC Scotland’s 2018 docu-drama Rise of the Clans hit out at Alba.

Tweeting the video he said: “This Robert the Bruce can categorically say he doesn’t support your bigoted hateful vanity project of a party.

“I know Alba are seen as regressive, but I wasn’t expecting to be dragged back to the 1300s.”

Macfadyen has backed the former First Minister’s party and is urging people to vote for Alba as they attempt to create a “supermajority”. 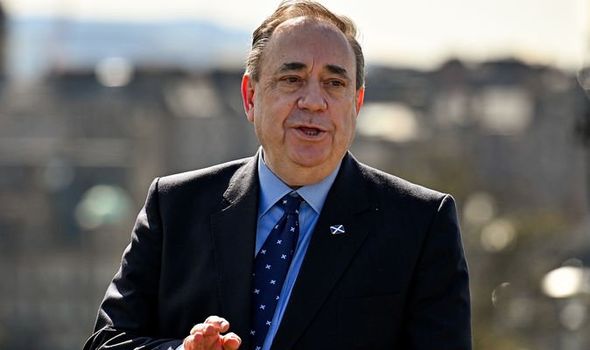 Defending the video Mr Salmond claimed it was “slightly tongue in cheek” and said critics had shown “scant regard for the history of Scotland”.

But Pamela Nash, chief executive of campaign group Scotland in Union, said: “The nationalist mask has slipped; Salmond is making it clear that for him and his colleagues this election is a battle between Scotland and England. Their campaign is 700 years out of date.

“They talk of uniting Scots against ‘English suppressors’ which voters will find pathetic and divisive.”

Labour MP Ian Murray, the shadow Scottish secretary, said: “England isn’t the foreign oppressor and the English are not our medieval enemy.

“They are our friends, family, and neighbours – and this kind of rhetoric deserves to be left in 1314.”

The film also came under fire from independence supporters. 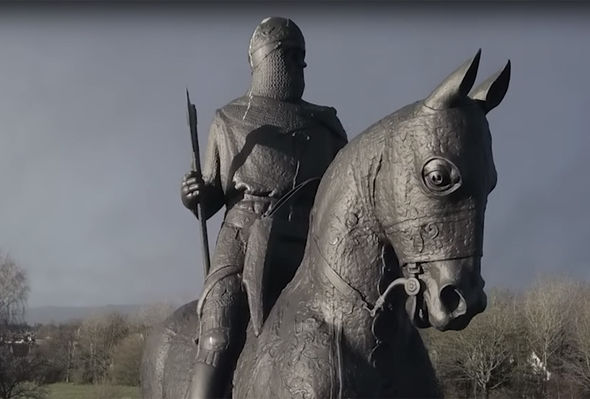 Kirstein Rummery, a professor of social policy at Stirling University branded the campaign “blood and soil dog whistle nationalism” which has “no place in the indy movement”.

She added: “This goes to show this is all about Salmond’s ego and nothing to do with winning votes for independence because I cannot think of a single thing more likely to turn a soft no into a hard no than this. If I were a Unionist I’d be building a moat outside my house right now.”

SNP MP Pete Wishart said the video was “embarrassing”, adding: “We’re trying to win our independence through presenting ourselves as a progressive, modern and outward looking nation.”

But Mr Salmond said: “Every member of the Tartan Army or Rugby enthusiast views Scotland’s victory at Bannockburn as a source of national pride.

“These attacks from our opponents on our campaign video show scant regard for the history of Scotland.

“Our video featuring one of Scotland’s finest actors and directors, Angus MacFadyen, who has himself played Robert the Bruce, twice, is a timely reminder that while his depiction is ever so slightly tongue in cheek it still makes a very serious point.”

5 Policy Issues Where Trump and Biden Diverged at Final Debate