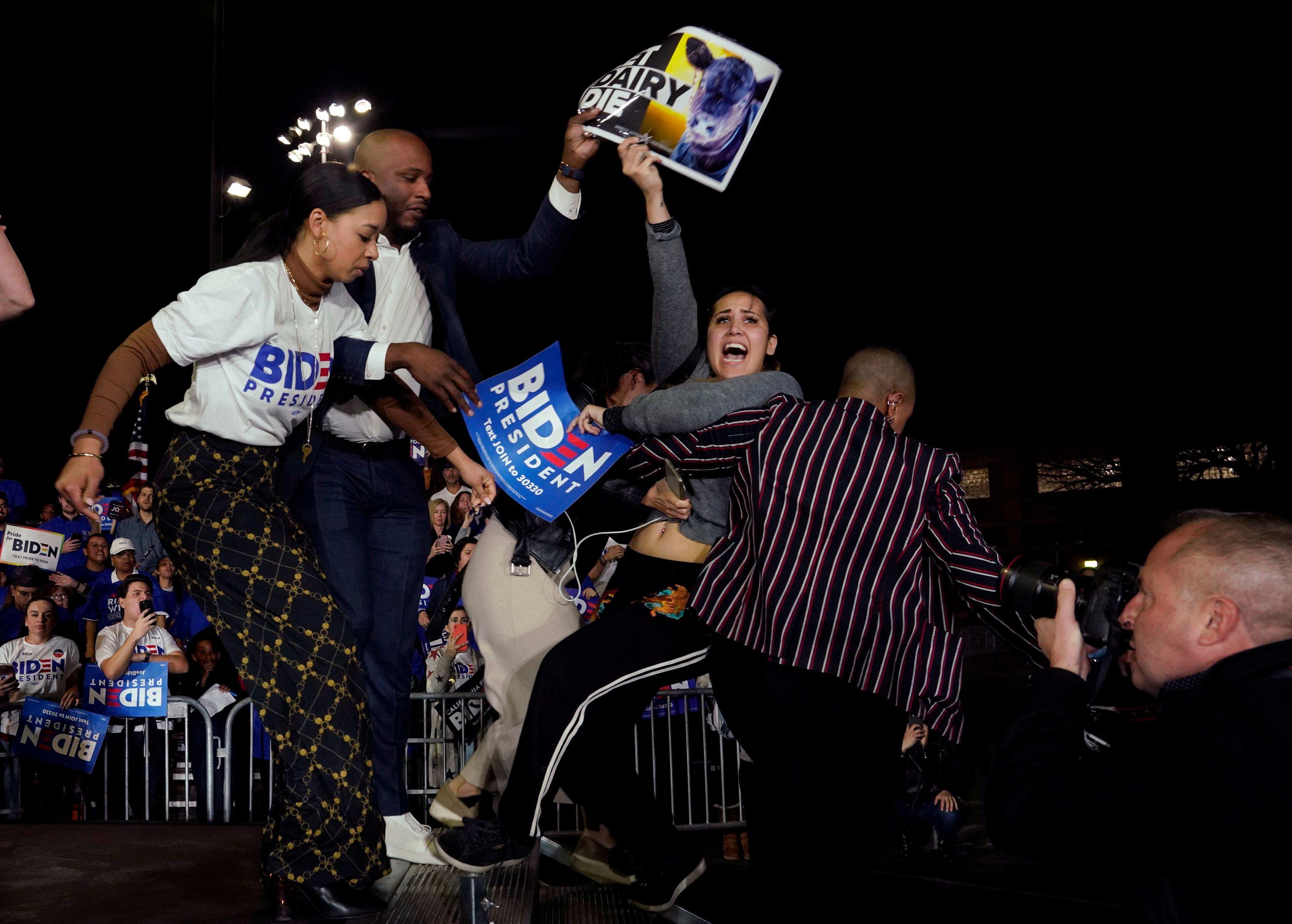 LOS ANGELES (Reuters) – U.S. lawmakers on Wednesday sought Secret Service protection for Democratic presidential candidates, after Joe Biden’s wife and a senior staffer had to protect the former vice president from protesters during a victory speech.

Biden’s victory speech in Los Angeles was briefly interrupted on Super Tuesday when a pair of protesters leapt onto the stage, before Jill Biden and senior adviser Symone Sanders charged them and ushered them off the stage.

“We’re OK,” Biden said after the incident, which highlighted a glaring hole in security for Biden and other top contenders seeking the Democratic nomination to take on President Donald Trump on Nov. 3.

The activists opposed the dairy industry and protesters with the same agenda have also disrupted events with Biden rival U.S. Senator Bernie Sanders.

The U.S. House of Representatives’ Committee on Homeland Security made the request for Secret Service protection for both Biden and Sanders.

Federal law authorizes Secret Service protection for vice presidents and their families for up to six months after they leave office.