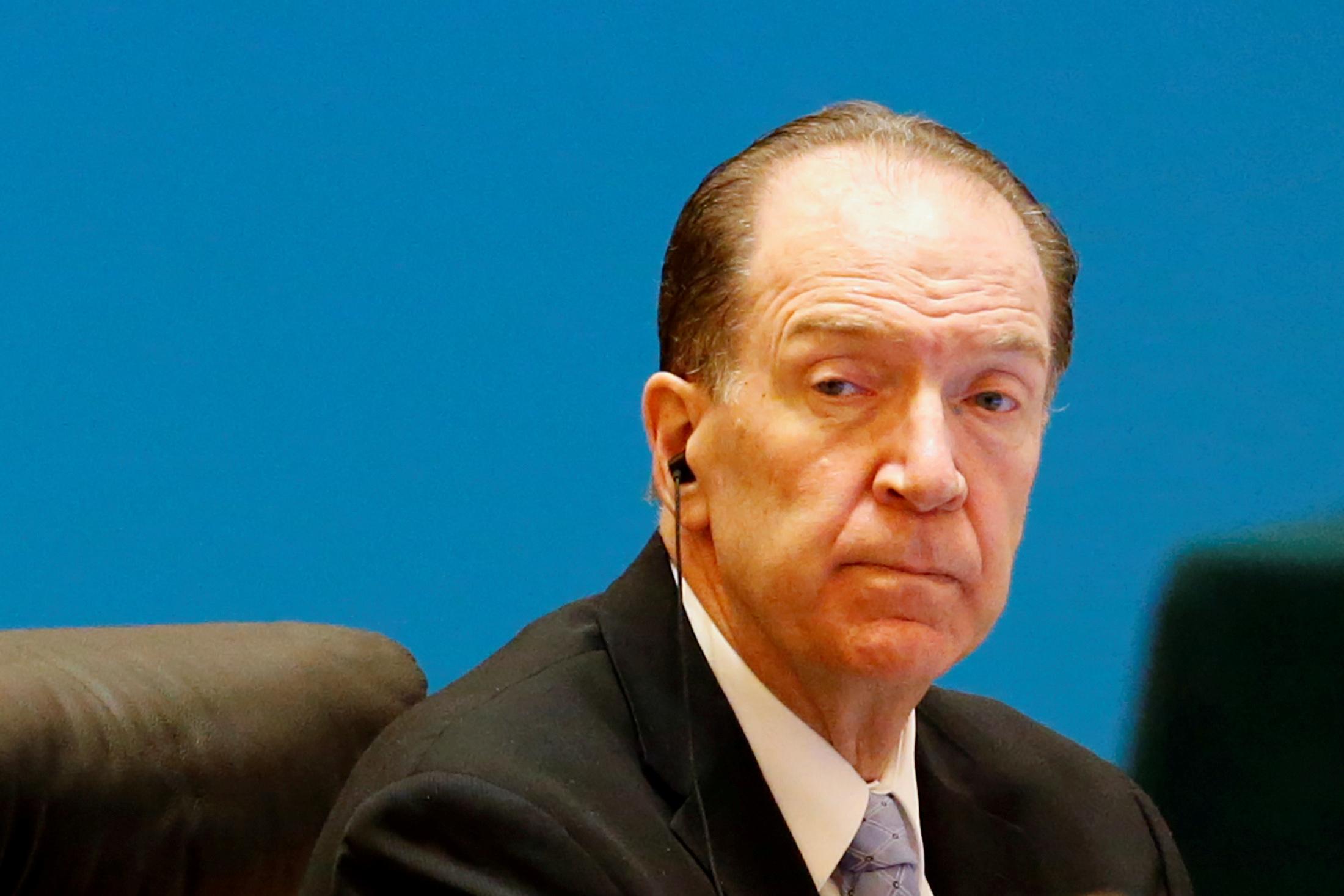 Malpass told the World Bank’s Development Committee that the debt relief initiative agreed this week by the Group of 20 economies and the Paris Club was a “huge achievement” to help the poorest countries deal with the health and economic impact of the new coronavirus pandemic.

He said the Bank would look at ways of further extending support for the poorest countries, but cautioned that it was critical to protect the financial capacity, credit rating and low cost of funding offered by the Bank’s lending arms.

Malpass said the pandemic of COVID-19, the respiratory disease caused by the new coronavirus, had unleashed a global recession that would be deeper than the one seen during the global financial crisis of 2008-2009, and that would hit the poorest and most vulnerable countries the hardest.

More than 2.14 million people in more than 210 countries and territories have been reported to be infected by the novel coronavirus globally and 143,744 have died, according to a Reuters tally.

Malpass said the World Bank was financing and implementing pandemic response programs in 64 developing countries, with the number to grow to 100 by the end of April. Tne Bank was able to provide $160 billion of financing over the next 15 months, with some $50 billion earmarked for the poorest countries, or those eligible for International Development Association (IDA) aid.

But more work and resources would be needed, he said.

“It’s clear that it won’t be enough. If we don’t move quickly to strengthen systems and resilience, the development gains of recent years can easily be lost,” Malpass told the committee, which was meeting by videoconference early on Friday.

Debt relief will be a big topic at the meeting.

China on Thursday urged the World Bank to allow its poorest borrowers to suspend debt payments while they deal with the coronavirus pandemic, saying the world’s biggest multilateral development bank should “lead by example.”

She said middle-income countries with debt challenges also needed urgent help, and supported a call by African leaders for $100 billion in aid for the continent to deal with the pandemic, with $44 billion earmarked for immediate debt relief.

Malpass said Africa was a big concern for the Bank, and it would create a new vice president post in July to focus on sub-Saharan Africa.

Who Gets Hurt When the World Stops Using Cash