WASHINGTON (Reuters) – Top Trump adminstration officials on Tuesday predicted a strong economic rebound in the fourth quarter as the coronavirus fades, but a senior White House adviser warned that near-term unemployment and GDP data will be a “very grave” negative shock. 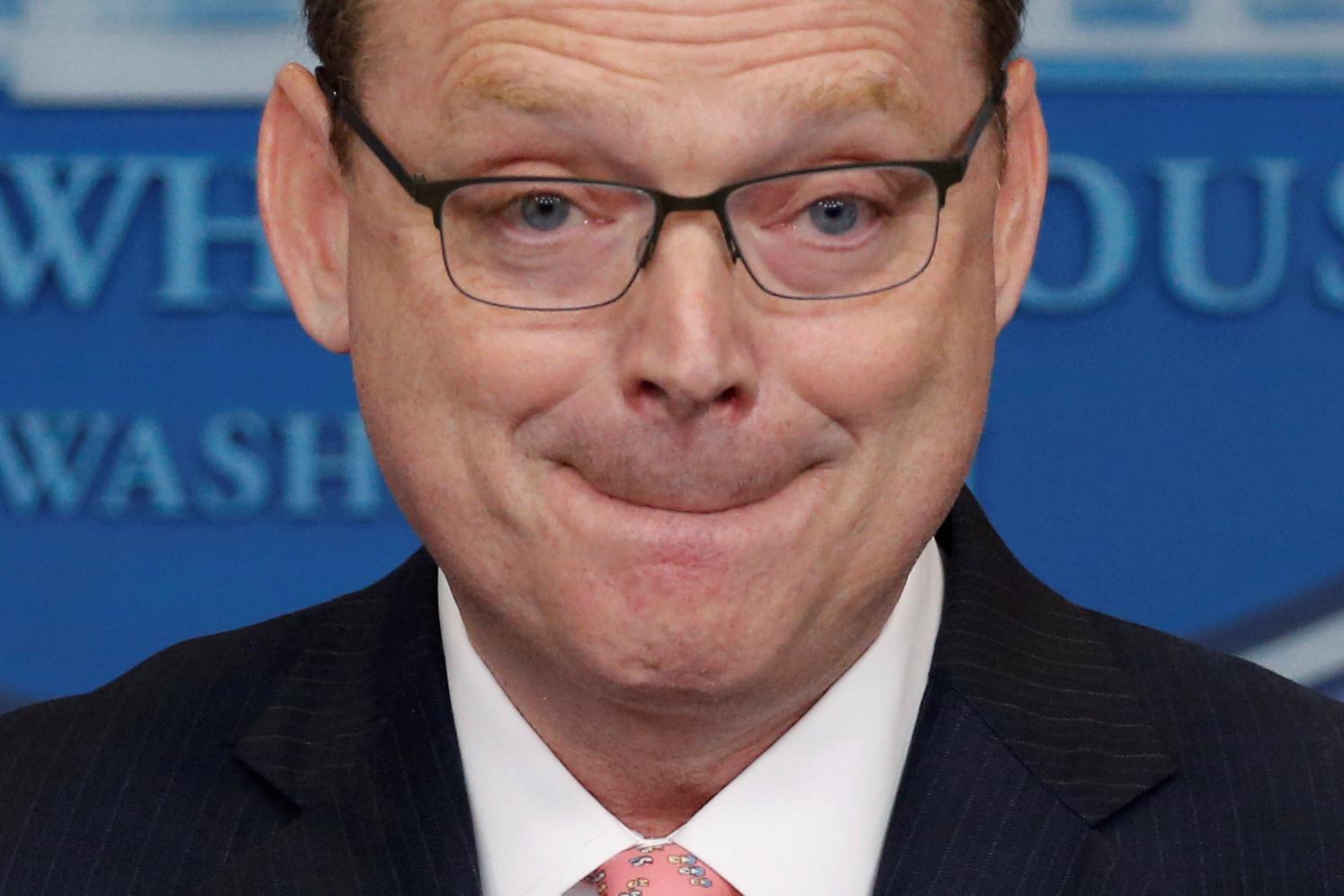 Kevin Hassett, senior economic adviser to President Donald Trump told CNN that unemployment could reach 16-20%, and GDP output could fall as much as 30-40% on annualized basis in the second quarter, a prediction in line with Wall Street and Congressional Budget Office forecasts.

“I’m just saying that we’re going to have the biggest shock since the Great Depression,” Hassett told reporters at the White House. “It’s a very grave shock and something we need to take seriously.”

He added that the first quarter GDP growth number being released on Wednesday would likely be negative, telling CNN that this “will be just the very tip of the iceberg of a few months of negative news that’s unlike anything you’ve ever seen.”

Earlier, U.S. Treasury Secretary Steven Mnuchin predicted that the economy could rebound by late summer as states allow the reopening of businesses that have been closed to slow the spread of the coronavirus.

Trump, at a White House event on Tuesday, also shifted the focus away from the near term, saying that the fourth quarter “is going to be really strong and I think next year is going to be a tremendous year.”

“The third quarter is a transition quarter. The second quarter is what it is,” Trump added.

Hassett said that a “prudent” fourth coronavirus rescue bill would be important to securing strong growth later in the year.

In a current program aimed at keeping small business workers from being laid off, Mnuchin said the Treasury will audit all larger loans over $2 million and warned that companies could face criminal liability if it turns out they did not truly need the money.

“Anybody that took the money that they shouldn’t have taken — one, it won’t be forgiven, and two, they may be subject to criminal liability, which is a big deal,” Mnuchin told Fox Business.

Mnuchin’s comments came as more public companies and better-financed entities have decided to return funds or forego their loan allocations after the Treasury put out new guidance last week excluding well-financed publicly traded companies from the forgivable loans meant to fund payrolls and other expenses during virus-related closures.

On Monday, the Los Angeles Lakers basketball team returned a $4.6 million loan it received through the program. Mnuchin told Fox Business Network he was “outraged” by the Lakers’ request even though he was a fan of the top NBA team.

After running out of funds in less than two weeks, the Paycheck Protection Program was relaunched on Monday with an additional $310 billion appropriated by Congress, but suffered technical glitches. Mnuchin said that these had largely been fixed on Tuesday.