(Reuters) – European shares eased from one-month highs on Thursday as a batch of weak earnings and mixed economic data from China dented sentiment, while investors waited to hear from the European Central Bank. 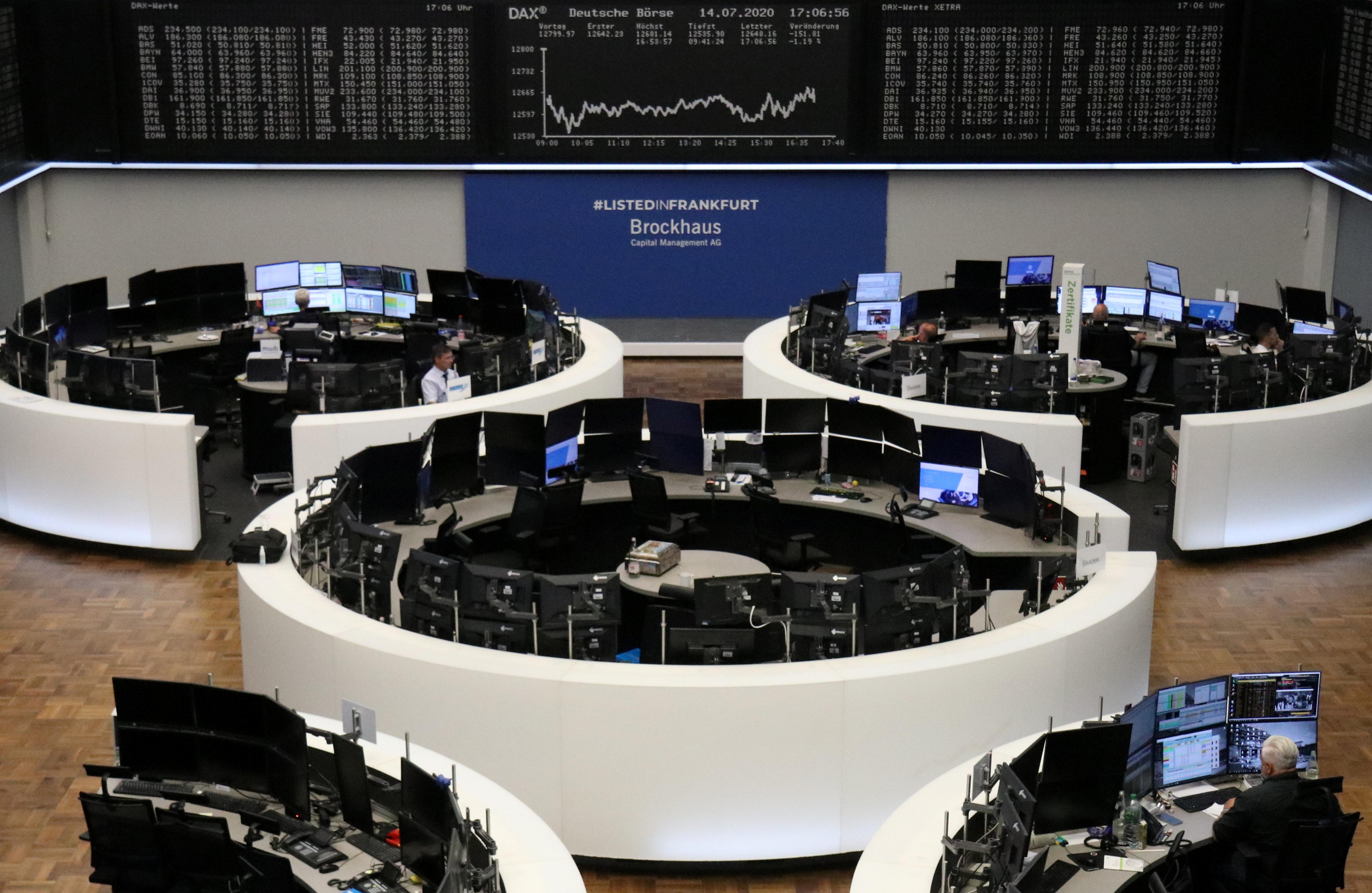 The pan-European STOXX 600 fell 1% after closing at a five-week high in the previous session.

Data showed China’s economy returned to growth in the second quarter, but unexpected weakness in domestic consumption highlighted the lasting economic damage from the coronavirus pandemic.

The numbers took a toll on Asian stocks, with investors also jittery about Beijing’s heightened tensions with Washington on trade, technology and geopolitics. [MKTS/GLOB]

Europe’s luxury goods group Richemont SA (CFR.S) fell 5.3% as its quarterly sales almost halved, and it gave no details on current trading or the outlook.

Shares in peers LVMH SE (LVMH.PA) and Kering SA (PRTP.PA), that also rely on China for a large portion of their revenue, fell 1.4% and 2.2% respectively.

Norway’s Telenor ASA (TEL.OL) declined 3.9% after forecasting a single-digit decline in subscription base and traffic revenue this year.

“The data that came out from China was not terrible by any means, but if you look at consumers, it was not as strong as what investors may have hoped,” Rabobank strategist Bas van Geffen said.

Focus turns to the European Central Bank, which is set to deliver its monetary policy decision at 1145 GMT, but the ECB is all but certain to keep policy on hold after a series of extraordinary moves. President Christine Lagarde will hold a news conference at 1230 GMT.

“If there’s anything it will be in the press conference and I think Lagarde will be very careful not to say anything to upset markets while they’re waiting for more information,” said Geffen.

Sweden’s Getinge AB (GETIb.ST) gained 4.3% as a surge in demand for ventilators and other life support equipment in the wake of the pandemic lifted its quarterly core profit.

France to test plasma of coronavirus survivors to treat sick