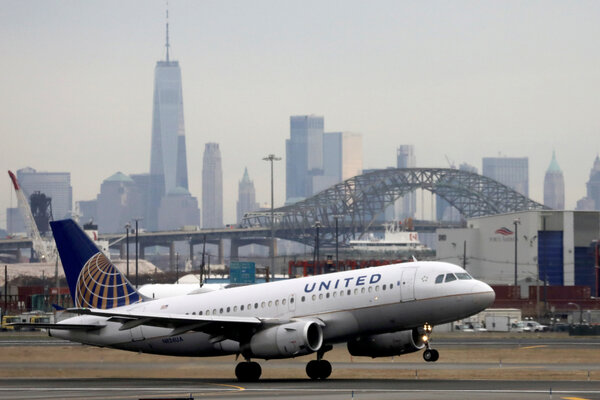 United Airlines said on Tuesday that it had started accepting applications to its new pilot school, promising to use scholarships, loans and partnerships to help diversify a profession that is overwhelmingly white and male.

The airline said it planned to train 5,000 pilots at the school by 2030, with a goal of half of those students being women or people of color. The school, United Aviate Academy in Phoenix, expects to enroll 100 students this year, and United and its credit card partner, JPMorgan Chase, are each committing $1.2 million in scholarships.

About 94 percent of aircraft pilots and flight engineers are white and about as many are male, according to federal data. United said 7 percent of its pilots were women and 13 percent were not white.

Airlines have had more employees than they needed during the pandemic, when demand for tickets fell sharply, and they have encouraged thousands, including many pilots, to retire early or take voluntary leaves. Since September, nearly 1,000 United pilots had retired or taken leave. Last week, the airline said it would start hiring pilots again after stopping last year.

But the industry is facing a long-term shortage of pilots because many are nearing retirement age and many potential candidates are daunted by the cost of training, which can reach almost $100,000 after accounting for the cost of flight lessons.

United is the first major U.S. carrier to run its own pilot academy, although many foreign airlines have run such programs for years. The company said it hoped the guarantee of a job after graduation would be a draw. In addition to the 5,000 pilots it plans to train, United said it would hire just as many who learned to fly elsewhere.

United Aviate is meant for people with a wide range of experience, from novices who have never flown to pilots who are already flying for one of United’s regional partners. A student with no flying experience could become a licensed pilot within two months and be flying planes for a living after receiving a commercial pilot license within a year, the airline said. Within five years, that person could fly for United after a stint at a smaller airline affiliate to gain experience.

The airline said it was also working with three historically Black colleges and universities — Delaware State University, Elizabeth City State University and Hampton University — for recruitment. The first class of 20 students is expected to start this summer.

Democrats “not giving up” on Biden bill, talks with Manchin – The Denver Post

Does Trump have power to pardon himself? It’s complicated. – The Denver Post