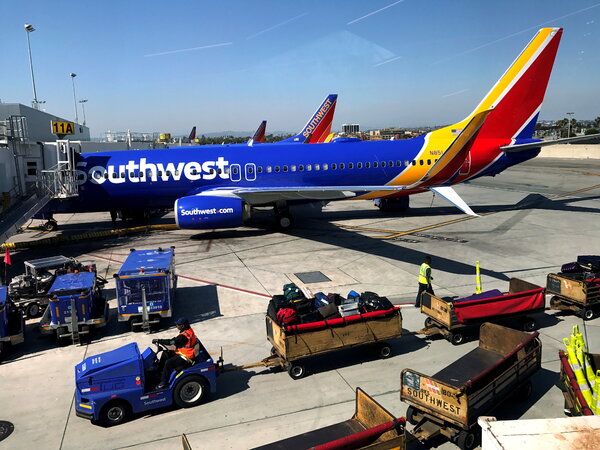 The worst appears to be over for airlines. Now, it’s just a matter of waiting for the summer travel frenzy to begin.

American Airlines and Southwest Airlines on Thursday were the last two major U.S. airlines to report financial results for the first three months of the year. American lost nearly $1.3 billion, while Southwest earned $116 million, a welcome profit after weathering its first annual loss in half a century last year.

“While the pandemic is not over, we believe the worst is behind us, in terms of the severity of the negative impact on travel demand,” Gary Kelly, Southwest’s chairman, said in a statement. “Vaccinations are on the rise, and Covid-19 hospitalizations in the United States are down significantly from their peak in January 2021. As a result, we are experiencing steady weekly improvements in domestic leisure bookings, which began in mid-February 2021.”

That sentiment is shared across the industry.

“With the momentum underway from the first quarter, we see signs of continued recovery in demand,” Doug Parker, American’s chief executive, said in a statement on Thursday. His counterpart at United Airlines issued a similarly hopeful statement this week, despite posting a loss of $1.4 billion. Last week, Delta Air Lines reported a $1.2 billion loss.

The industry has been buoyed by federal support, receiving $54 billion in grants to pay workers over the past year and another $25 billion in loans. Mr. Kelly of Southwest credited that support for the airline’s slight profit, saying that the airline would have lost $1 billion in the first quarter without it.

Southwest was also buoyed by its limited exposure to corporate and international travel, which have been slow to rebound and are lucrative parts of the business for American, Delta and United. Leisure travel within the United States, which all of the airlines serve, is almost fully recovered.

Air travel started to recover meaningfully in early March, with Transportation Security Administration data showing a steady rise in the number of people screened at airport security checkpoints relative to the same period in 2019. That surge has subsided somewhat since earlier this month, with screenings down about 42 percent over the past week compared with 2019.

Southwest said demand for travel continues to improve with summer fast approaching and customers once again feeling comfortable making travel plans further out. The airline estimates that it has about 35 percent of expected bookings in place for June and 20 percent for July.

Perfect storm – Will 2021 be the year the world warms to climate change?: Green Pulse Podcast

Paedo who raped girl, 13, needed plastic surgery after being attacked in jail