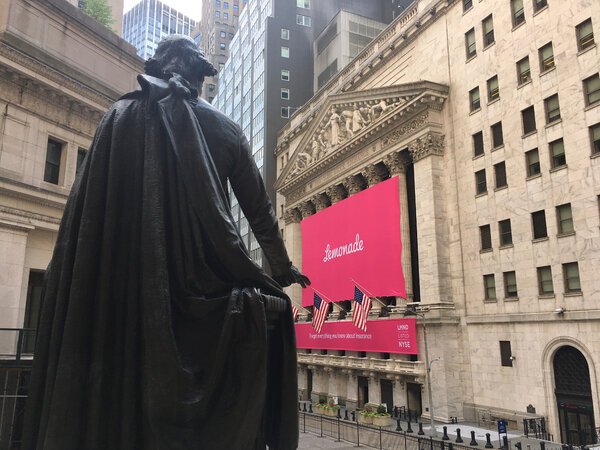 Small investors who buy single stocks have not been a major force in financial markets for the better part of half a century. They were growing in influence before the pandemic, partly because of the popularity of free trading apps such as Robinhood.

But with millions of Americans stuck at home during the pandemic, the trading trend escalated, Matt Phillips reports for The New York Times.

“Retail trading now accounts for almost as much volume as mutual funds and hedge funds combined,” Amelia Garnett, an executive at Goldman Sachs’s Global Markets Division, said on a recent podcast produced by the firm. “So, the retail impact is really meaningful right now.”

Before Lemonade, a company that sells insurance to consumers online, went public in July, it went on a traditional tour of Wall Street, meeting big investors and talking up its prospects. However, the company has since discovered that more than half of its shares are held by small investors, excluding insiders who own the stock, said Daniel Schreiber, its chief executive.

That has prompted a strategy adjustment. In addition to spending time communicating with analysts whose “buy” or “sell” ratings on the stock can move its price, Mr. Schreiber said, he has made a point of doing interviews on podcasts, websites and YouTube programs popular with retail investors.

“I think that they are, today, far more influential on, and command far more following in terms of stock buying or selling power than the mighty Goldman Sachs does,” Mr. Schreiber said. “And we’ve seen that in our own stock.”