WASHINGTON (Reuters) – The U.S. Senate on Tuesday was weighing a multibillion-dollar emergency spending bill passed by the House of Representatives offering economic relief from the coronavirus pandemic as the Trump administration pressed for $850 billion more.

The House of Representatives over the weekend passed a measure that would require sick leave for workers and expand unemployment compensation among other steps, including nearly $1 billion in additional money to help feed children, homebound senior citizens and others.

Senate Majority Leader Mitch McConnell has said his chamber is “anxious” to approve the House measure, a move that could happen on Tuesday.

“The Senate will not adjourn until we have passed significant and bold new steps, above and beyond what the House passed,” McConnell said on the Senate floor.

Senate Democratic Leader Chuck Schumer, however, warned that cutting the payroll tax – apparently the largest chunk of the Trump administration’s new proposal – “may be premature and the wrong response” to fighting the impact of the coronavirus on the economy. Even some Senate Republicans were not enamored of cutting the payroll tax.

Members of both political parties were talking about large amounts of additional money to help blunt the impact of the fast-spreading disease. The outbreak has killed more than 7,000 people worldwide, including at least 89 in the United States, caused massive disruptions to daily life across the country and hammered global financial markets.

The Trump administration wants $500 billion in a payroll tax cut, a $50 billion bailout for airlines struggling from plummeting demand, and $250 billion for small business loans, a U.S. government official said.

Schumer, meanwhile, has talked of spending $750 billion on things like expanding unemployment insurance, bolstering the Medicaid healthcare program for the poor and funding emergency childcare for healthcare workers. 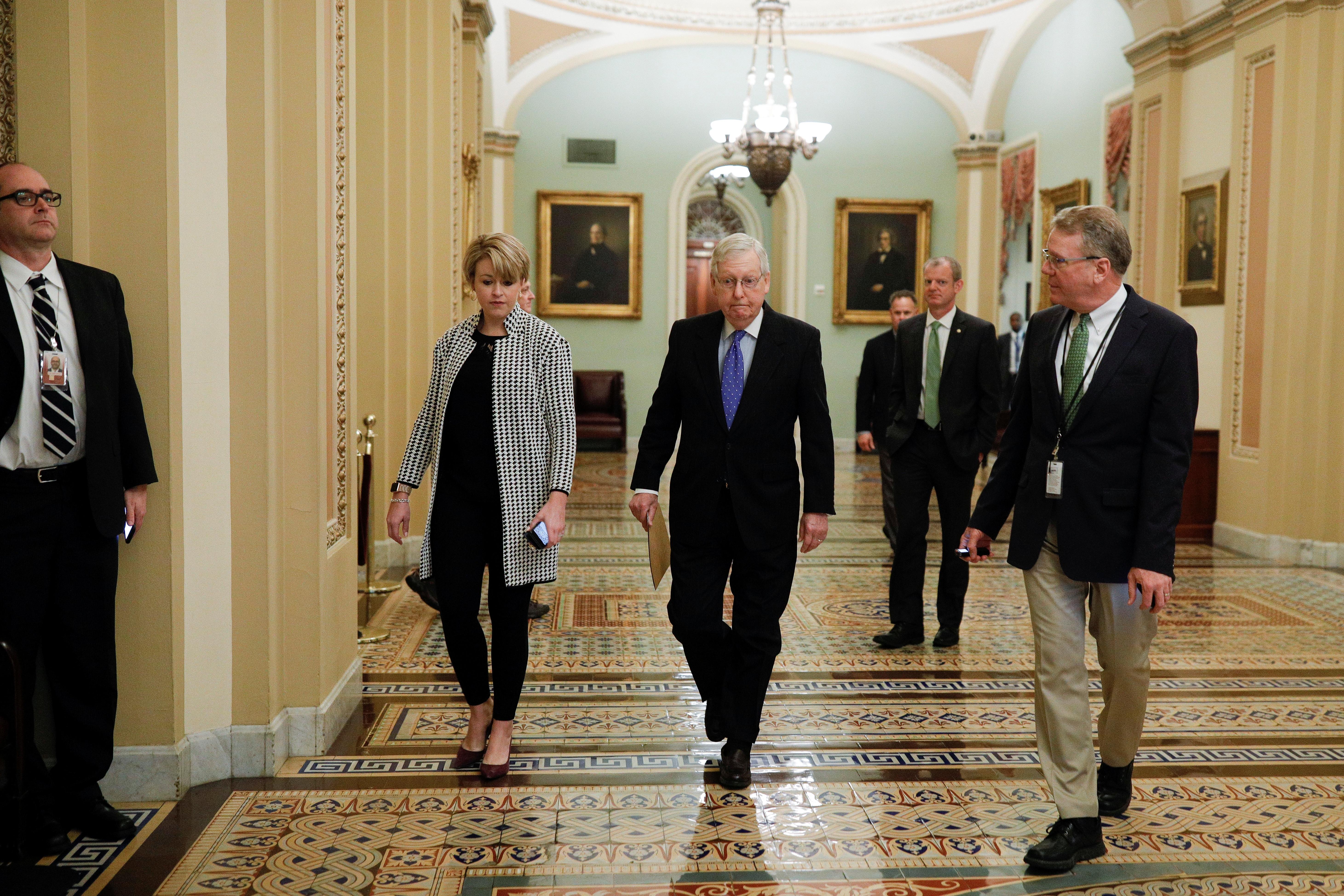 It would be the third coronavirus aid plan to be considered just this month. Trump signed the first $8.3 billion package to battle the coronavirus on March 6.

But the administration’s latest plan could encounter roadblocks in the Senate, where some conservative Republicans have already expressed doubts about the second, House-passed aid package. Other Republicans dislike the payroll tax cut idea favored by Trump.

“I don’t think it’s wise to spend our money on so-called stimulus, like a payroll tax cut. I think it is a good idea to spend money stabilizing the economy,” said Senator Lamar Alexander, a Republican. “The economy’s not the problem, the disease is the problem. When we restrain the disease, the economy will bounce back, in my opinion, probably quickly.”