LONDON — Is rock ’n’ roll jewelry making a comeback? What sort of dazzlers do the Kardashians favor? Did Elizabeth Taylor really eat fried chicken with one hand, and try on diamonds with the other?

A new podcast series takes on those questions — and others — as it looks to shed light on the history, culture and trends around fine and faux jewelry, and the people who wear it, collect it and covet it.

The debut episode of “If Jewels Could Talk,” comes out Friday and the theme — appropriately — is Hollywood and red carpet jewels.

Carol Woolton, author, contributing editor at British Vogue, and creator of the series, grills Hollywood insiders Victoria Brynner and Martyn Lawrence Bullard about celebrity jewels through the decades, the current trends and their personal recollections of time spent with collections — and collectors.

Bullard, a TV personality and interior decorator who also designs rings for his celebrity clients, kicks off the episode with a story about how he sat in bed with Elizabeth Taylor eating fried chicken and trying on “tray after tray of jewels.”

She even let him try on her famous Krupp diamond that Richard Burton bought for her. Bullard swears it didn’t look fake like it notoriously did on everyone else’s finger except for Taylor’s.

Brynner, the daughter of Yul Brynner and Doris Kleiner, was a goddaughter of Taylor’s and said the star considered jewelry to be “her extended family.” She added that Taylor loved “to pile on” her Schlumberger, Bulgari and Cartier pieces, and often wore multiple, clinking charm bracelets at once.

All of the Fashion at the 2021 BAFTA Awards

Brynner, who owns a company called Stardust Brands, a creative consultancy that links talent with big luxury names, said Taylor would often obsess over certain pieces — and then seek out the right person to gift them to her. 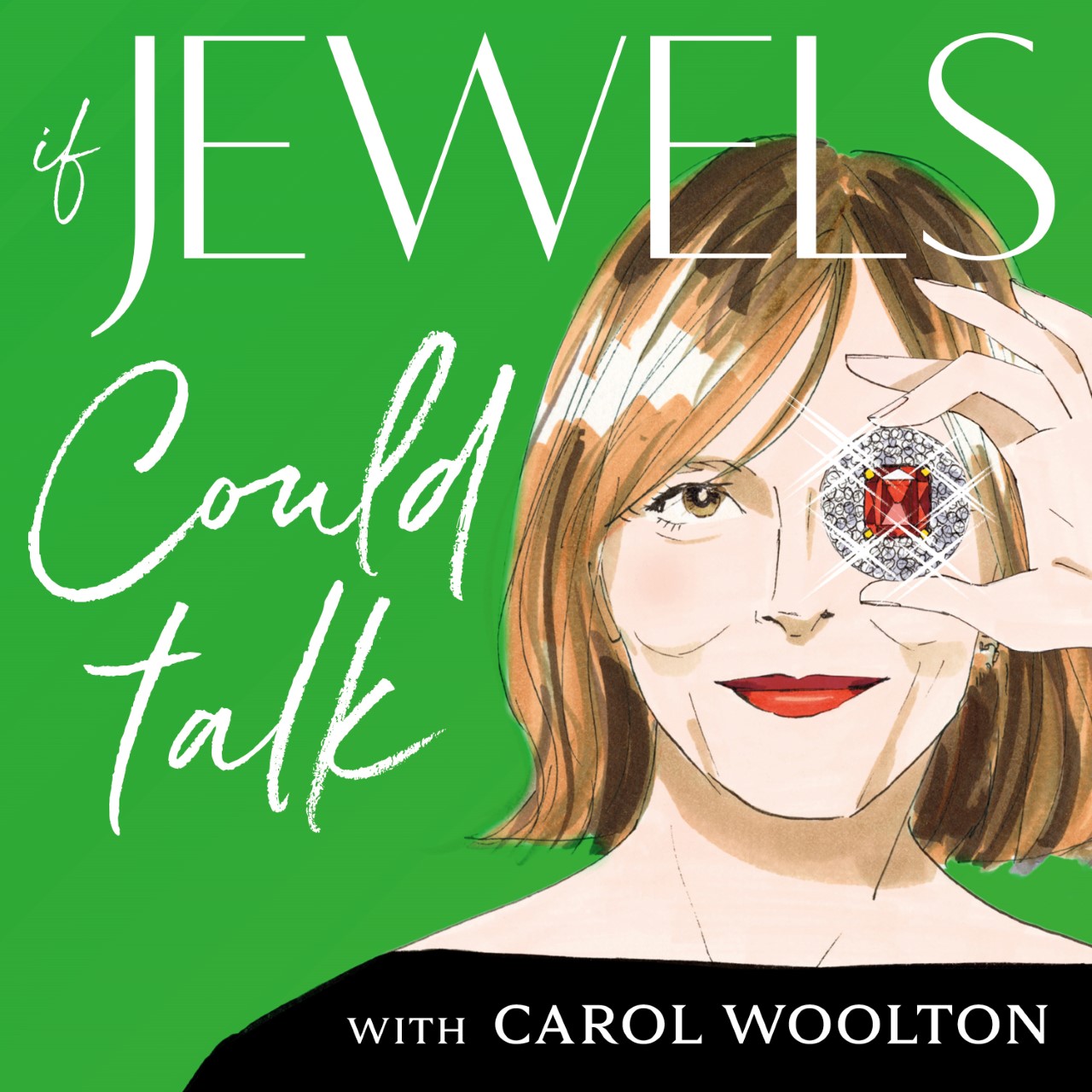 Their conversation rolls from Mary Pickford and Audrey Hepburn to Gwen Stefani, the Kardashian sisters, Madonna and Miley Cyrus — and examines their likes, dislikes and efforts at one-upmanship.

Bullard said while the young rich may have “armfuls of Cartier,” their priority tends to be “wham-bam glitzy jewels.” They’re not so fussed about the quality of their gemstones, just as long as they are big and statement-making, he added.

The conversation also touches on jewelry-as-alimony, with nods to Ellen Barkin and Salimah Aga Khan, who both sold multimillion dollars worth of jewels after their marriages ended. Other topics under discussion include red-carpet commerce; men’s wear styles, and new, fashion-led collections from the likes of Chanel, Dior and Dolce & Gabbana.

The 47-minute podcast is a new way for Woolton to tell stories that wouldn’t necessarily find their way into print. Her latest book, “The New Stone Age” (Penguin Random House), which looks at crystal healing through the years, came out last year, and she’s dedicated these last months to bringing the podcasts to life.

Over the next months, she’ll be talking to Stephen Webster about gems and superstition; to Joan Collins about her life in jewels, and to “Bling Empire”’s Christine Chiu about the show’s behind-the-scenes drama. She’s also asked Ellen Mirojnick, “Bridgerton”’s costume designer, about how she wrangled 35 tiaras for the show’s opening ball scene.

“I have never met a jewel, or a stone, without a story to tell,” Woolton said in an interview, adding that she’s looking to appeal to a broad audience. She believes people want to be well-informed about jewelry, its history and people’s personal ties to their rocks and stones.

She also plans to host jewelry designer Francesca Amfitheatrof in conversation with Frank Everett, senior vice president and sales director for jewelry at Sotheby’s New York. The two will be talking about “first lady” style.

Woolton said they’ll be asking “why Brigitte Macron doesn’t wear jewelry, and whether France should have a state collection of jewels,” that first ladies and other dignitaries can draw on. They’ll also be discussing U.S. first ladies and their pearls.

New episodes will land on Spotify and a variety of other platforms every two weeks, with images of the jewelry to be posted on Instagram.

Next up is an episode featuring the stars of “All That Glitters” the BBC competition show that’s been described as “The Great British Bake Off,” but for jewelry. The host is the comedienne Katherine Ryan, and the judges are London jewelers Solange Azagury-Partridge and Shaun Leane.

On the brink: China's bakers, bars and beauty spas struggle to survive coronavirus

Why journalism matters more than ever now