WASHINGTON (Reuters) – U.S. Treasury Secretary Steven Mnuchin said on Thursday that the American economy could start to reopen for business in May, despite many medical experts saying that closures and social distancing measures will need to stay in place for longer to defeat the coronavirus. 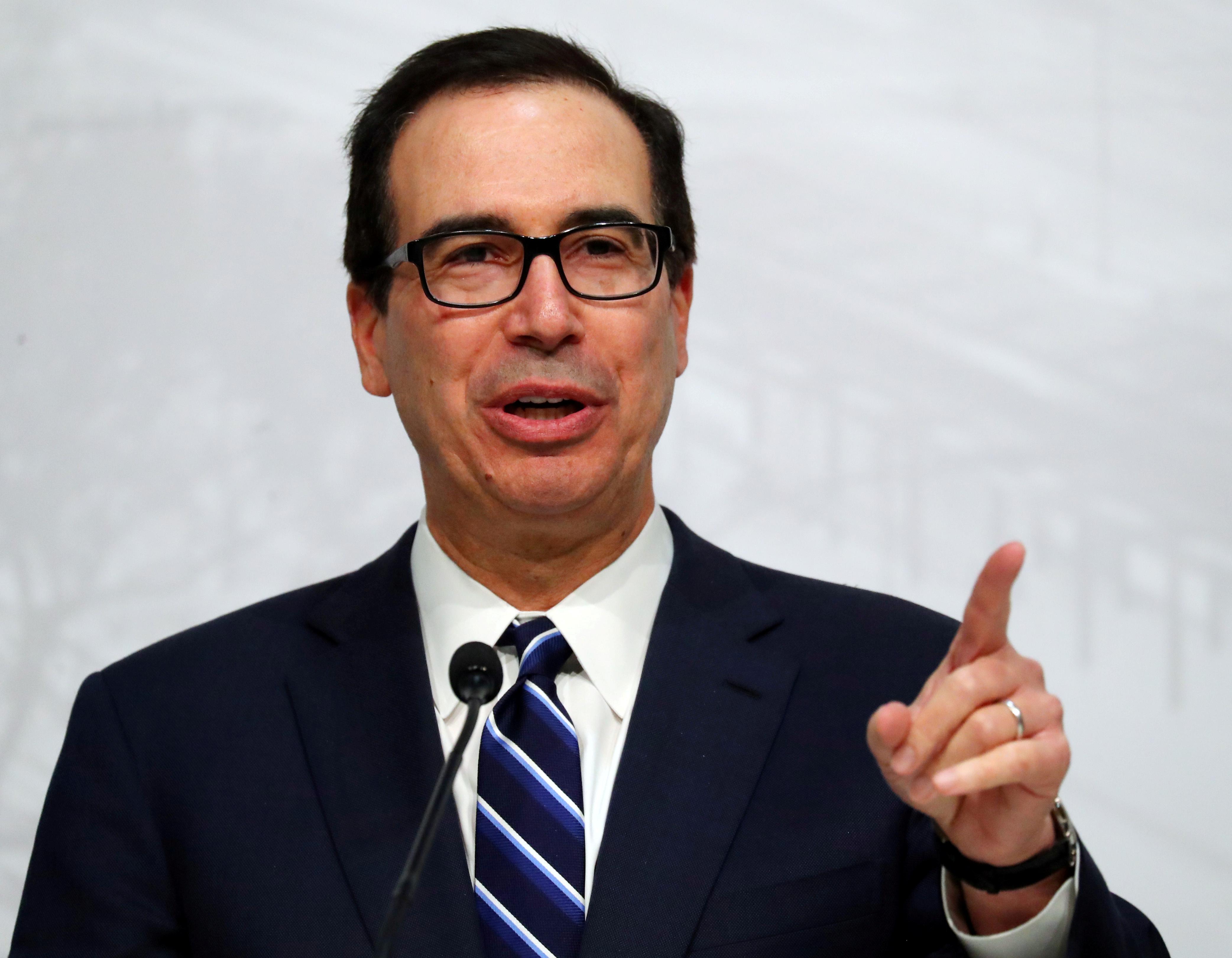 Asked on CNBC whether he thought President Donald Trump could reopen the U.S. economy in May, Mnuchin said, “I do.”

“As soon as the president feels comfortable with the medical issues, we are making everything necessary that American companies and American workers can be open for business and that they have the liquidity they need to operate the business in the interim.”

U.S. economists have cautioned against bringing large numbers of people back to their workplaces too quickly.

“When the spread of the virus is under control, businesses will reopen, and people will come back to work,” Federal Reserve Chair Jerome Powell said in Washington on Thursday morning. “There is every reason to believe that the economic rebound, when it comes, can be robust.”

Trump on Wednesday said he hoped to reopen the economy with a “big bang” once the death toll from the virus is on the downslope. He did not give a timeframe for that reopening, but his chief economic adviser, Larry Kudlow, said on Tuesday it could take place in four to eight weeks.

Economists have cautioned against bringing large numbers of people back to workplaces too quickly, because that could spark new outbreaks and deal a major setback to recovery efforts.

A paper co-authored by Massachusetts Institute of Technology economist Emil Verner in March about the response to the 1918 flu epidemic found that cities that restricted public gatherings sooner and longer had fewer deaths – and ultimately emerged from that pandemic with stronger economic growth.

Weighing the economy against protecting people from infection or death is a “false tradeoff” he told Reuters in March.

Fed Chair Powell took a more cautious approach to reopening the economy, saying that much depended on the advice of medical experts and the government’s health officials.

But speaking in a Brookings Institution webcast event, he said he welcomed a healthy debate on how and when the economy could be reopened safely.

“We need to have a plan, nationally, for reopening the economy,” Powell said. “While we all want it to happen as quickly as possible, we all want to avoid a false start, where we partially reopen and that results in a spike in coronavirus cases and then we have to go back again to square one.”

Trump to announce further reduction in US troops in Iraq