NEW YORK/SAN FRANCISCO (Reuters) – Investors could be forgiven for doing a double-take: Wait, we’re back in a bull market? 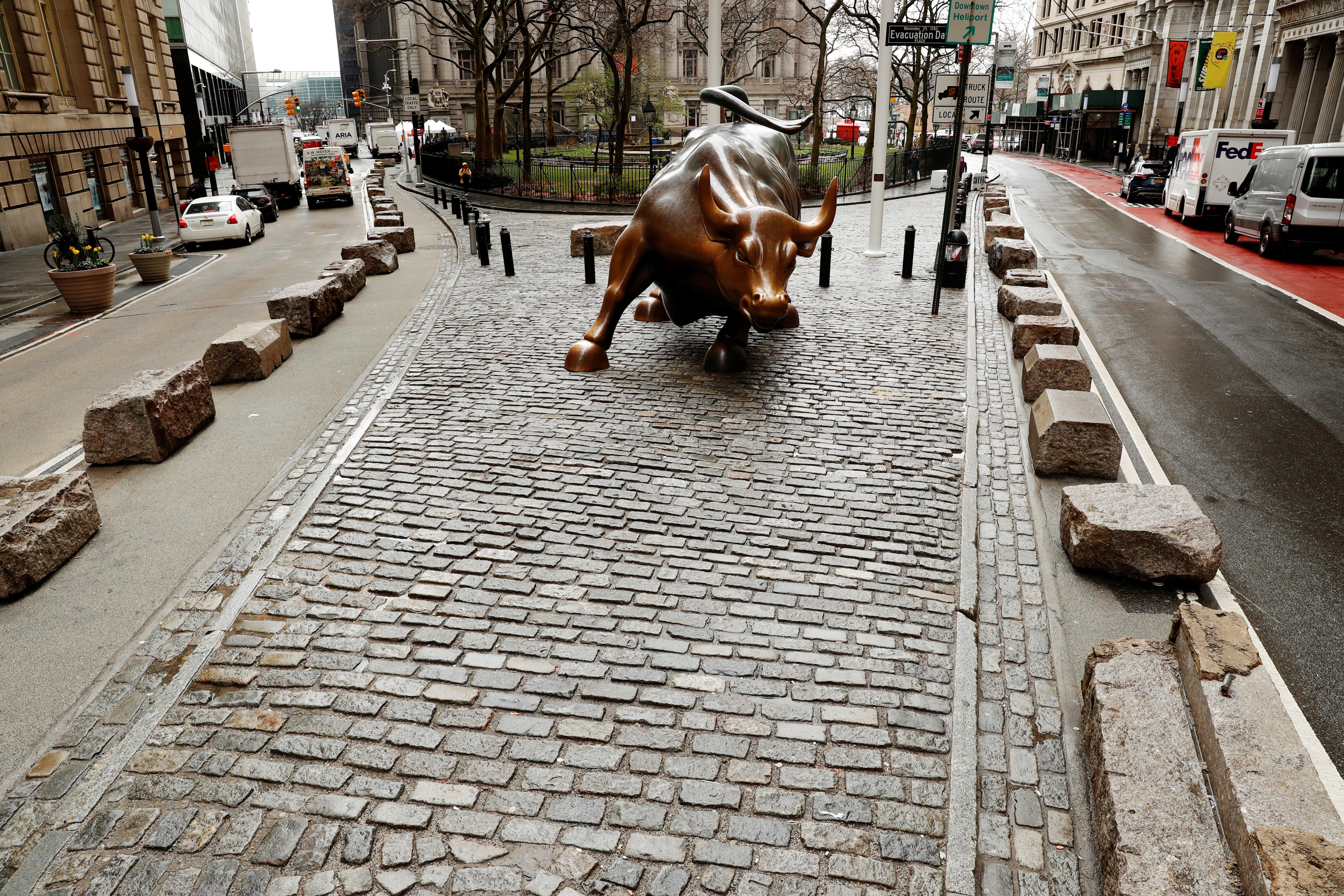 The Dow Jones Industrial Average’s surge of over 20% from its coronavirus-induced recent low this week, by one definition used on Wall Street, suggests a new bull market. The surge came on hopes a $2 trillion stimulus measure would flood the country with cash in a bid to counter the economic impact of the intensifying pandemic.

But that definition should be treated with a large piece of caution. The very definition of bull market is debatable, and given the market’s volatility on news about the pandemic, some said that calling the move upwards a “bull market” was tantamount to missing the forest for the trees.

“Labeling it a bull market when it fits a definition of being up 20% kind of removes any perspective from where we have been over the past month, and more importantly, where we might be going over the next few months,” said Willie Delwiche, an investment strategist at Robert W. Baird.

Other definitions say the index should crest the previous high and that a bull market can only be identified a long time after the event.

For example, a mini-bull market has occurred previously during a bear market – providing a false hope of relief. The S&P 500 logged a gain of 24% over a period of 30 trading days starting on Nov. 20, 2008, even as the bear market continued during the height of the financial crisis, and the index did not bottom till March 9, 2009, marking the start of the bull market.

Part of the confusion about whether the Dow is indeed out of the bear market is because while one group is widely recognized for determining U.S. economic cycles – the National Bureau of Economic Research – no such body is uniformly accepted for defining bull and bear markets.

Analysts warn against putting too much stock in strict definitions of market cycles. Factors like the velocity of the market’s rise or fall, how much average stocks have changed, and the reasons behind the moves also contribute to whether investors view a major move as a turning point in sentiment or a short-term interruption to an existing bull or bear market.

Howard Silverblatt, senior index analyst at S&P Dow Jones Indices in New York, said he still sees the Dow in a bear market. The Dow would need to hit 29,551.42, the high of Feb. 12, to be technically in a bull market, he said.

“If we keep going up, eventually we could have a bull, but until it hits the record, it’s a bull run in a bear market,” Silverblatt said.

State pension to rise by 2.5% but state benefits are hit by weak inflation

Finances Remain Top of Mind for the American Voter