The housing market is the most unequal it’s been in a decade, according to experts.

Despite the UK entering a recession the market is booming, with house prices rising 5% on an annual basis in September, according to the Nationwide House Price Index.

But the state of the economy has left lenders anxious and many aren’t granting mortgages to those with smaller deposits.

The availability of 90 and 95% mortgages has plummeted. 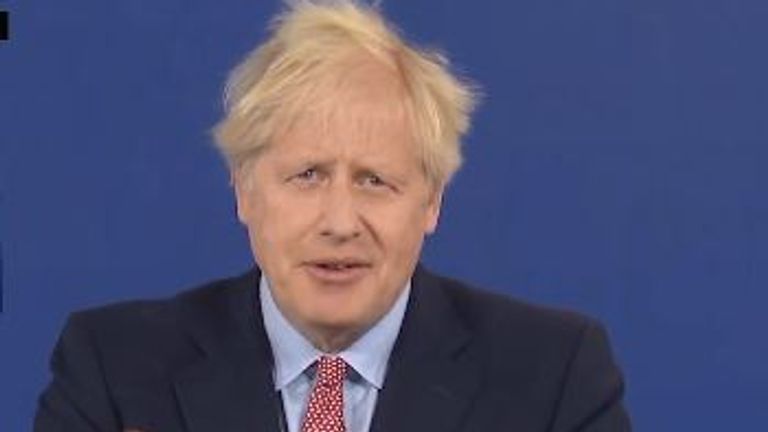 These two concurrent trends mean that despite the boom, there’s increasing inequality in housing, with the less well off and many first time buyers even further away from entering the market.

One of the government’s social mobility commissioners described the situation as “deeply damaging,” and exclusively told Sky News that the current state of the housing market will “widen inequality.”

Dan O’Toole is a first-time buyer and looking to purchase his first home with his fiancee Sophie.

They were due to get married this year but opted to postpone the wedding and use the money to save for a 10% deposit.

They started house-hunting in earnest this summer and found something they loved, but soon ran into problems.

“We tried to do the online mortgage agreement in principle, with about three different lenders,” he says. “Each time it said ‘declined, rejected, big red cross’.”

They discovered that lenders were tightening up, 10% was no longer going to be enough – most were asking for 15 or even 20%

“We’re looking at a small-ish two bed flat on the outskirts of London,” says Mr O’Toole “We’re talking, we need £70,000 for a deposit now, which is an enormous amount of money, double the amount we were initially looking at.

Their experience is far from unusual. Mortgage lenders have pulled their riskiest products, raised borrowing rates and tightened lending criteria.

In fact, data from Moneyfacts Group shows that the availability of high loan-to-value mortgages has plummeted in recent months.

At the beginning of the year there were 386 95% mortgage mortgage products available, but on 1 October there were just 12 and many of those were aimed at commercial bodies rather than individuals. 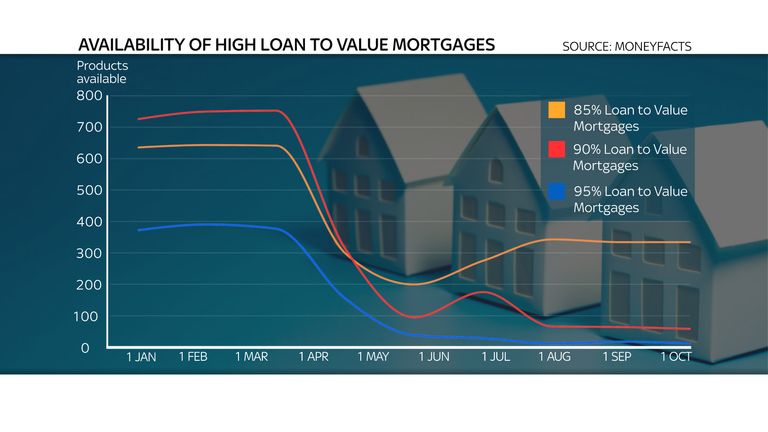 It means that the market is increasingly only accessible to those with large amounts of credit, either in the form of an existing property, or loans from family members.

At the same time wealthy buyers are active in the market, buoyed by a cut in stamp duty and pent-up demand during lockdown.

All of this is leaving younger, first-time buyers with little cash and no access to the bank of mum and dad.

“The problem for [first time buyers] is they’re excluded from the market, they just they don’t count in effect towards housing market activity or house prices,” explains Neal Hudson, a housing analyst at BuiltPlace.

“It’s people who are in the market that count. And with a low turnover market, we can have a very small number of buyers actually driving activity.”

The impact of these trends is beginning to show. Zoopla’s September House Price Index showed that demand from first-time buyers has started to wane significantly below that of house movers – many likely priced out. 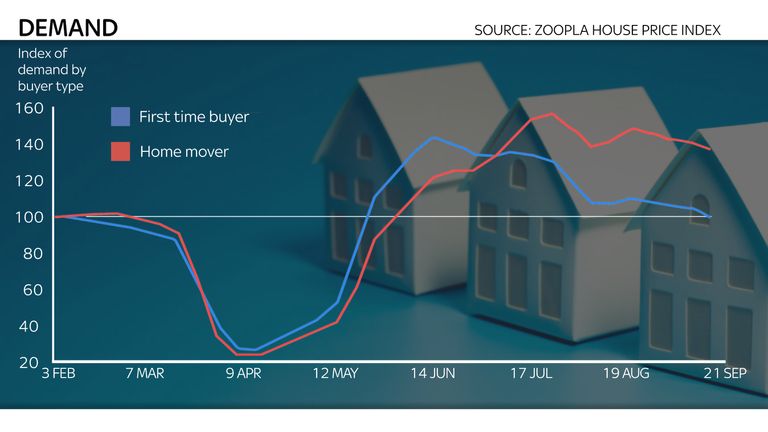 According to Zoopla, Nottingham is the city in the UK where house pieces rose the most steeply this year.

Houses there were on average 4.7% more expensive this August than they were the same month last year.

Richard Cardwell is a senior valuer at Walton & Allen estate agents in the city. He’s been selling houses there for two decades.

He says there are still options out there for first-time buyers but the market is challenging.

“We’re seeing more money from London and the Home Counties than I’ve seen in over 20 years coming into the city,” he says.