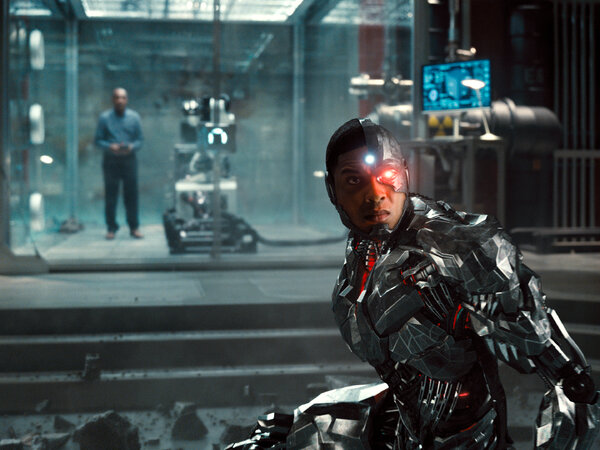 AT&T added 2.7 million new customers to HBO and HBO Max in the first quarter, a boost for the company’s new streaming effort in an increasingly crowded field.

The company’s WarnerMedia division, which includes HBO, recorded $8.5 billion in revenue for the period, a 9.8 percent jump over last year, when theater sales and advertising revenue plummeted during the pandemic. Led by the chief executive Jason Kilar, WarnerMedia also includes the cable networks CNN and Turner and the Warner Bros. film studios.

HBO is the cornerstone of AT&T’s media strategy, and the company sees HBO Max as a way to keep its mobile customers from fleeing, offering the streaming platform at a discount to its phone subscribers.

In its report on the year’s first quarter, AT&T stopped disclosing the number of active HBO Max users, obscuring how many people are actually tuned into the new streaming service.

Overall, AT&T counted 44.1 million subscribers to HBO and HBO Max in the United States as of the end of March, a gain of 2.7 million from the previous quarter. Before it stopped breaking out the HBO Max subscriptions, in December, it said it had a total of 41.5 million subscribers, including 17.1 million for the streaming service, 20 million for HBO on cable, and the rest coming from hotels or other deals.

It’s likely that HBO Max drove the gain in the quarter, which is notable given how competitive the streaming universe has become. HBO Max is also the most expensive of the various major streaming platforms, at $15 a month. Netflix, which reported earnings on Tuesday, remains the leader, with 67 million customers in the U.S. and nearly 208 million in total.

Netflix’s dominance has started to wane, in part because of newer entrants like HBO Max and Disney+. Netflix added four million new subscribers in the quarter, with a little more than 400,000 in the U.S.

Netflix chalked up the comparatively sluggish growth to the production slowdown that came when Hollywood studios largely stopped making new shows and films during the pandemic. The company said it expected a more successful second half of the year, when returning favorites and highly anticipated films become available.

In the case of HBO Max, the streamer likely got a boost from an unorthodox strategy championed by Mr. Kilar: The sibling company Warner Bros. plans to release its entire lineup of 2021 films on HBO Max on the same day they’re scheduled to appear in theaters. The announcement rumbled throughout Hollywood, angering agents and filmmakers who stood to lose out on crucial bonuses and commissions by short-circuiting the old theatrical release schedule.

Mr. Kilar has said the company will likely go back to a more traditional distribution plan starting next year. For the rest of 2021, he is counting on the film slate — which included the recent releases of “Zach Snyder’s Justice League” and “Godzilla vs. Kong,” as well as the Friday premiere of “Mortal Kombat” — to help drive people to HBO Max.

The company also plans a global expansion of HBO Max starting this June, along with a lower-cost version of the service that will include commercials. The company has about 19.7 million HBO customers overseas that it hopes to convert into HBO Max subscribers.

What happens when women run the economy? We're about to find out