NEW YORK (Reuters) – The dollar and world equity markets rose on Wednesday as investors were cheered by a strong showing by Joe Biden in the U.S. Democratic presidential primaries, although the economy-slowing coronavirus outbreak kept investors on tenterhooks. 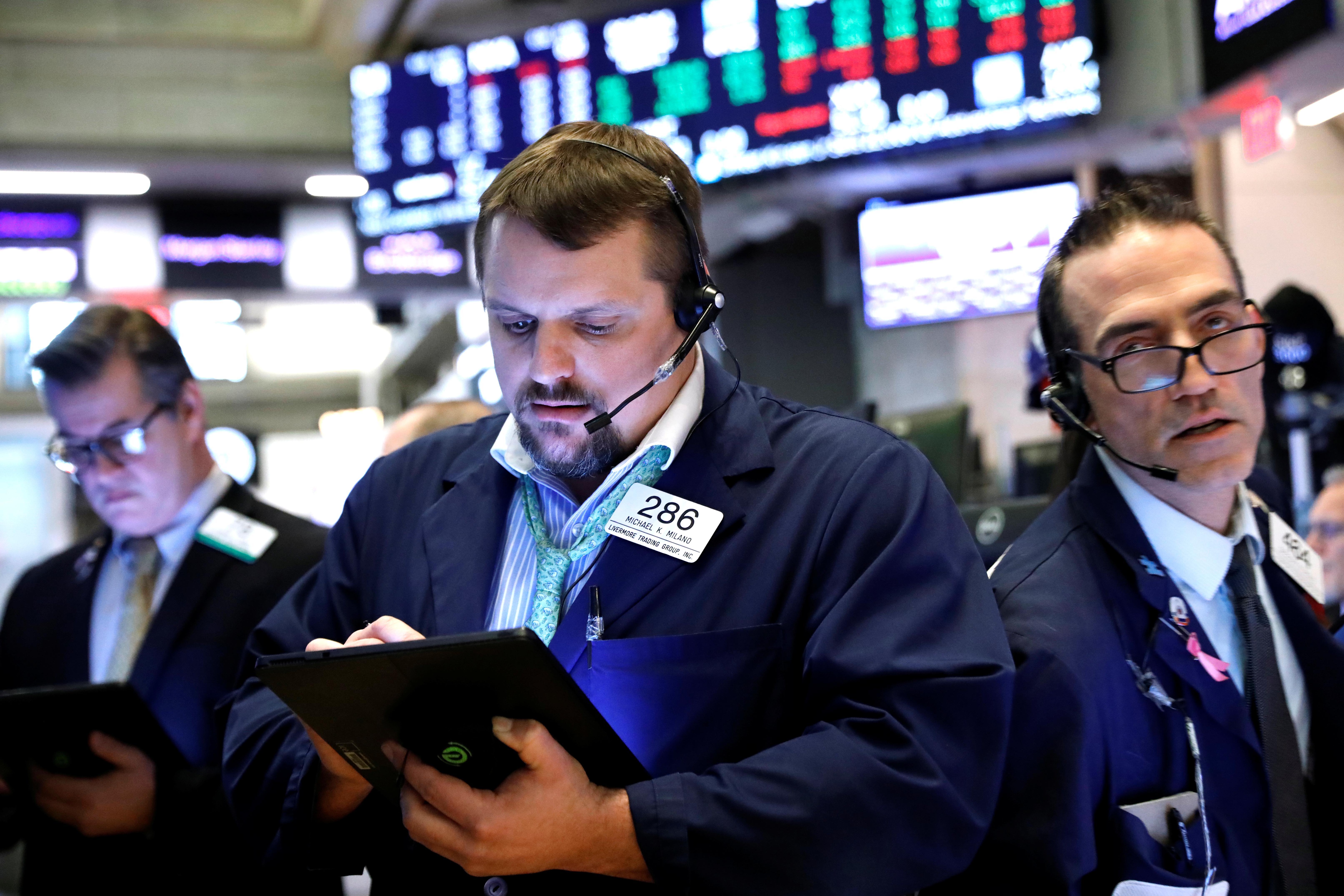 Former Vice President Biden, considered less likely to raise taxes and impose new regulations than rival Bernie Sanders, rolled to victories across the South, Midwest and New England on the biggest day of voting in the Democratic nomination campaign.

That helped U.S. stock markets bounce back from declines on Tuesday after investors deemed the U.S. Federal Reserve’s surprise 50-basis-point interest rate cut to be an inadequate response to an epidemic that has so far killed more than 3,000 people worldwide and threatens to slow global growth.

The benchmark S&P 500 .SPX rose for only the second time in 10 days, taking back losses from the previous session.

However, all three main U.S. indices remained firmly in correction territory, down more than 10% from recent highs. Analysts stressed there was probably more trouble to come as the outbreak continues to worsen in countries outside China.

“I don’t think the market has bottomed. I think the market will probably fall another 5% to 10%,” said Larry Hatheway, co-founder of research firm Jackson Hole Economics. “We’re going to have to go lower because you’ve got a clear slowdown in activity that’s probably going to last through the first half.”

Bonds held on to gains after Tuesday’s rate cut.

The Fed’s first off-schedule move since the 2008 financial crisis came with comments highlighting both the scale of the challenge and the limits of monetary policy.

“Seeing Biden emerge as the frontrunner sets the stage for a runoff in the autumn that pits two people who are not anti-business,” Hatheway said, referring to President Donald Trump.

The epidemic continues to impact companies and financial institutions around the world. Lufthansa said it would ground 150 aircraft out of its total fleet of around 770 due to the virus, and General Electric warned it would take a hit of $300 million to $500 million.

The Bank of Canada matched the Fed’s emergency move with a one-half percentage point cut but, as policymakers grapple with the best strategy to avoid a global recession, others have been less keen to follow suit.

Incoming Bank of England governor Andrew Bailey said the central bank should wait until it has more clarity on the economic impact of the virus before making any decision to cut rates.

Money markets in the euro zone are pricing in a 90% chance that the ECB will cut its deposit rate, now minus 0.50%, by 10 basis points next week.

Emily Roland, co-chief investment strategist at John Hancock Investment Management, said the Fed and other central banks have a track record of supporting markets over the past 10 years.

“These moves are going to help certainly, and we look at them as a positive,” she said.

“There’s an interesting dynamic playing out, where economic growth is decent to up in the U.S., but the Fed is kind of telling you not so fast,” said Roland.

The benchmark 10-year U.S. Treasuries yield US10YT=RR, which falls when bond prices rise, held below 1% – not far over the overnight low of 0.9060%. The yield has fallen for ten straight days, its longest slide in at least a generation.

Benchmark Brent oil prices LCOc1, which had been up 2% earlier on Wednesday, settled down 73 cents at $51.13 a barrel as Russia still resisted new steps to implement output cuts.