The policies will require iPhone app developers to ask users for permission to collect certain data for adverts, a move that Facebook said will harm its business and hurt smaller companies that rely on personalised advertising.

Nicholas Hyett, equity analyst at Hargreaves Lansdown, said: “Changes to the Apple operating system and increased European regulation both have the potential to disrupt ad revenues – and the end of lockdown is also likely to see growth soften.

“It’s perhaps no surprise then that Facebook is keen to invest in alternative lines of business, such as augmented and virtual reality and e-commerce. Given its audience these would prove lucrative long term – but that’s years away.

“For now Facebook will have to rely on the multi-billion dollar cash flows it generates from advertisers each month – that’s not a bad place to be.” 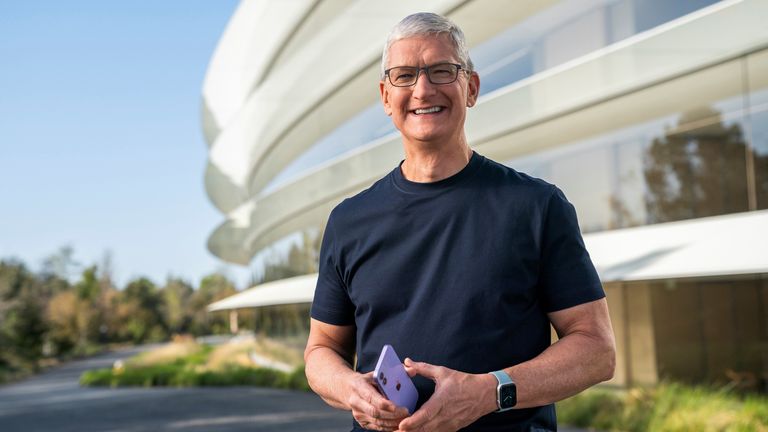 Apple also reported financial results on Wednesday, with second-quarter profits of $89.6bn (£64.2bn), helped by a growth in iPhone sales.

Haris Anwar, senior analyst at Investing.com, saying: “Stimulus cheques and the successful vaccine rollouts are certainly helping to boost consumer demand for tech gadgets across the board.

“This environment will last for at least another year, providing a solid platform for Apple to expedite its growth.”

But a global chip shortage is expected to hit Macs and iPads, costing the company billions in revenue.

Apple chief executive Tim Cook said a hit to sales has so far been avoided with the help of supply buffers.

However, chief financial officer Luca Maestri said constraints due to the shortage could cost the company between $3bn (£2.1bn) and $4bn (£2.8bn) in revenue in the fiscal third quarter.

With British soccer clubs barred from traveling to Germany, the Champions League is disrupted.