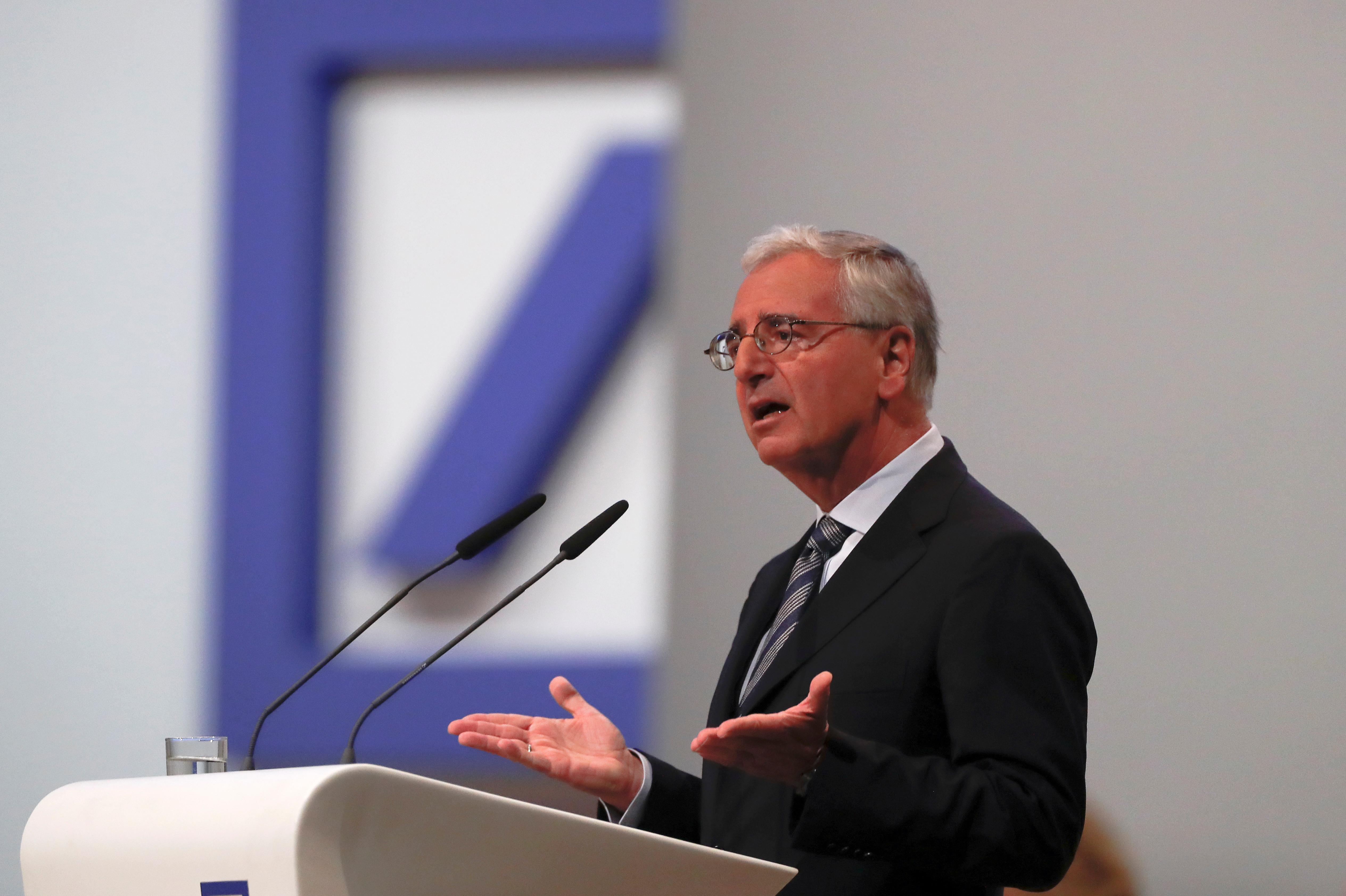 FRANKFURT (Reuters) – Deutsche Bank (DBKGn.DE) investor Riebeck-Brauerei on Friday filed a motion seeking a vote to oust the lender’s chairman Paul Achleitner at this year’s annual general meeting, according to a document prepared by the activist shareholder’s lawyer.

This is the third consecutive year that the small German investor has sought the chair’s removal and comes as Deutsche Bank is the midst of a major restructuring.

The motion, filed by Riebeck lawyer Jan Bayer, criticises the payment of billions of euros in bonuses despite record losses, millions in severance packages for former board members, and a failure to rein in money laundering issues.

“Personnel changes must be made,” said the letter from the lawyer seen by Reuters.

Deutsche Bank, which holds its shareholder meeting on May 20, declined to comment. Last year, the bank said its supervisory board had “full confidence” in Achleitner’s performance.

Achleitner’s second five-year term ends in 2022. He is in search of a successor, people with direct knowledge of the matter have said.

More than 100 firefighters battle blaze at row of thatched cottages