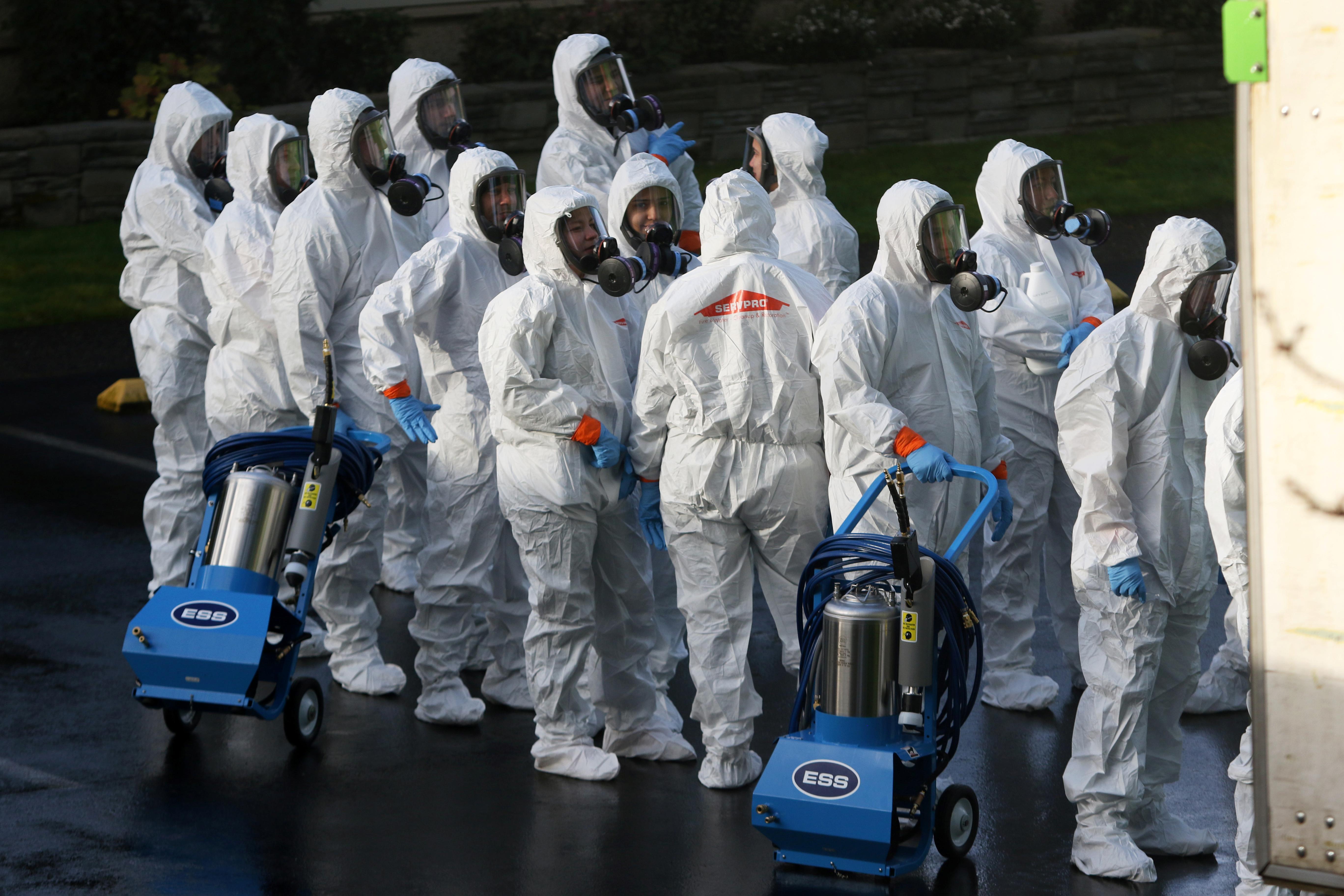 Until recently, economists were debating what it would take for the U.S. economy to fall into a recession. But after taking a cue from markets, the conversation for some economists has shifted from whether there will be a sharp downturn, to figuring out what shape the recovery could take.

BMO Capital Markets fixed income strategists Dan Krieter and Dan Belton said in a note last week their base case had been for recession in 2020. But that “no longer seems to even be a debate. Rather, the real question now seems to be what kind of recovery the market can expect.”

“It’s going to be a significant economic slowdown,” Krieter said on Wednesday.

Many economists still think a recession may be averted. But they nonetheless expect the downside effects of the virus to linger, leading to a slower comeback for the U.S. economy.

The optimistic “V-shaped” recovery some had previously predicted, in which the U.S. economy rebounds quickly after facing a temporary disruption to some supply chains, is looking less likely now that the virus has spread beyond China, said Michelle Meyer, head of U.S. economics for Bank of America Securities.

(Graphic: The shape of past U.S. recessions – here)

Instead, recession chances are rising as the novel coronavirus spreads across the globe, taking a human toll and leading governments to take drastic steps to limit its reach.

“The trajectory we have penciled in is a deep ‘U shape’ where the bottom is quite low, flirting with recession levels,” Meyer said.

That projection assumes that consumer spending will take a hit, business investments will be delayed and overall economic activity will be held back because of the virus, said Meyer.

Traditional routines in some major cities have ground to a halt as actions meant to contain the virus have led to event cancellations, travel restrictions and quarantines requiring people to stay home.

New York Governor Andrew Cuomo announced Tuesday that state officials are creating a “containment area” in New Rochelle, an area hit hard by the virus. In Italy, the government instituted a nationwide lockdown. Large festivals are being postponed or canceled.

The negative effects of those shutdowns are going to linger and it will take some time for the economy to fully rebound, said Kathy Bostjancic, chief U.S. financial economist at Oxford Economics. For example, companies will need to fill back orders and it could take a while for factories to get back in full swing, said Bostjancic, who also expects the economy to take on a “U-shaped” recovery while averting a full-blown recession.

(Graphic: The ‘Great Recession’ had a long tail – here)

Consumer confidence and spending could take a hit as some workers are laid off or spend more time indoors out of fear, Bostjancic said. “This is not just a shock to the U.S., it’s a global shock,” she said. “It’s just something we haven’t seen.”

Financial markets have gyrated wildly over the past couple of weeks as the virus spread. The S&P 500 reached correction territory at the fastest pace in history, according to Deutsche Bank Global Research. Yields on the 10-year Treasury, long viewed as a safe haven for investors, fell below 0.5% on Monday, reaching an unprecedented low.

Under a darker scenario where the virus spreads more widely and more dramatic shutdowns are required, the U.S. economy could face a prolonged lull, Meyer said. That could lead to more of an “L-shaped” recovery, where it takes longer for the country to bounce back, Meyer said.

But that dire outcome of a deep recession could still be avoided, she said.

“It will take some time because there will be some more permanent disruption of activity,” Meyer said. “But I do think this is a shock that ultimately we’re able to get past.”